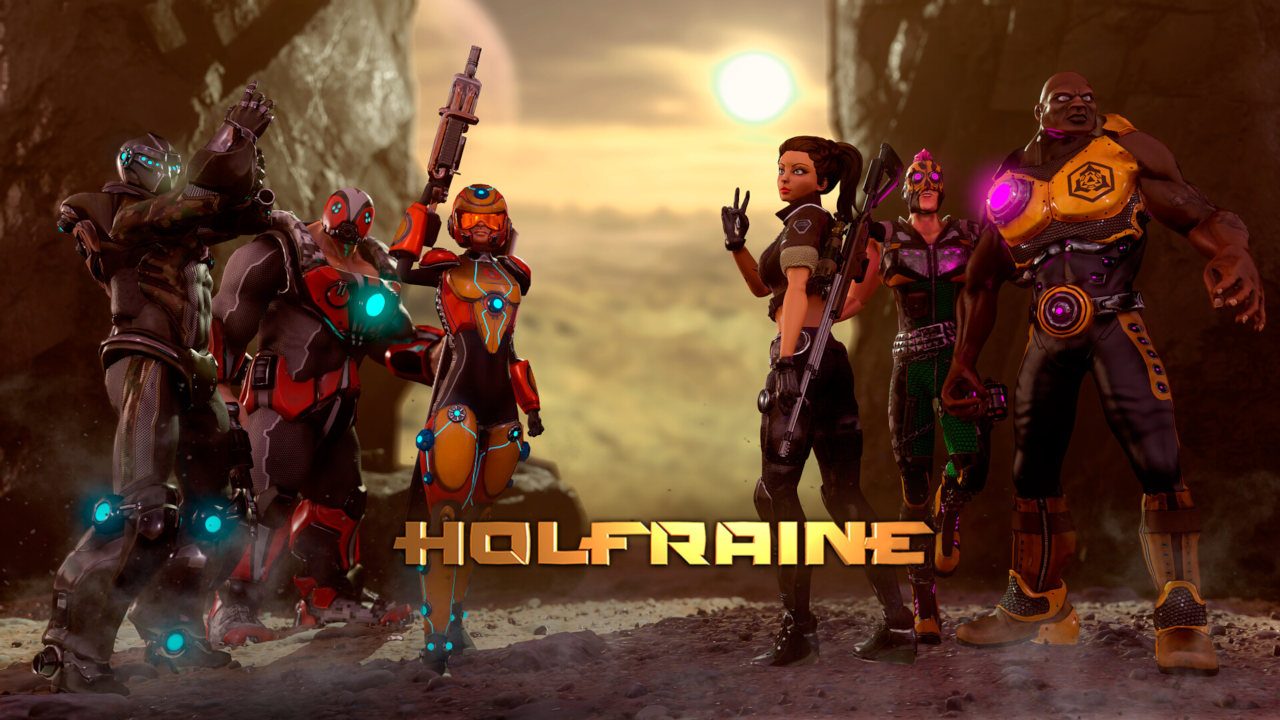 Hello everyone! I’m Álvaro Marco, a developer for Fluxart Studios, a small studio from Spain formed by five developers. Today I want to talk about the first game we have developed, Holfraine, a multiplayer Hero Shooter is now available on PS4.

Our main goal since the beginning has been to develop a fun game with a ton of action to enjoy brief matches where players are constantly active. We frequently play games of this genre and our idea as developers was to make an experience that was less focused on just aiming skill, but rather on generating an easy learning curve where you can choose an strategy without sticking to rules that force you to fit a specific role and also being able of fulfilling objectives. 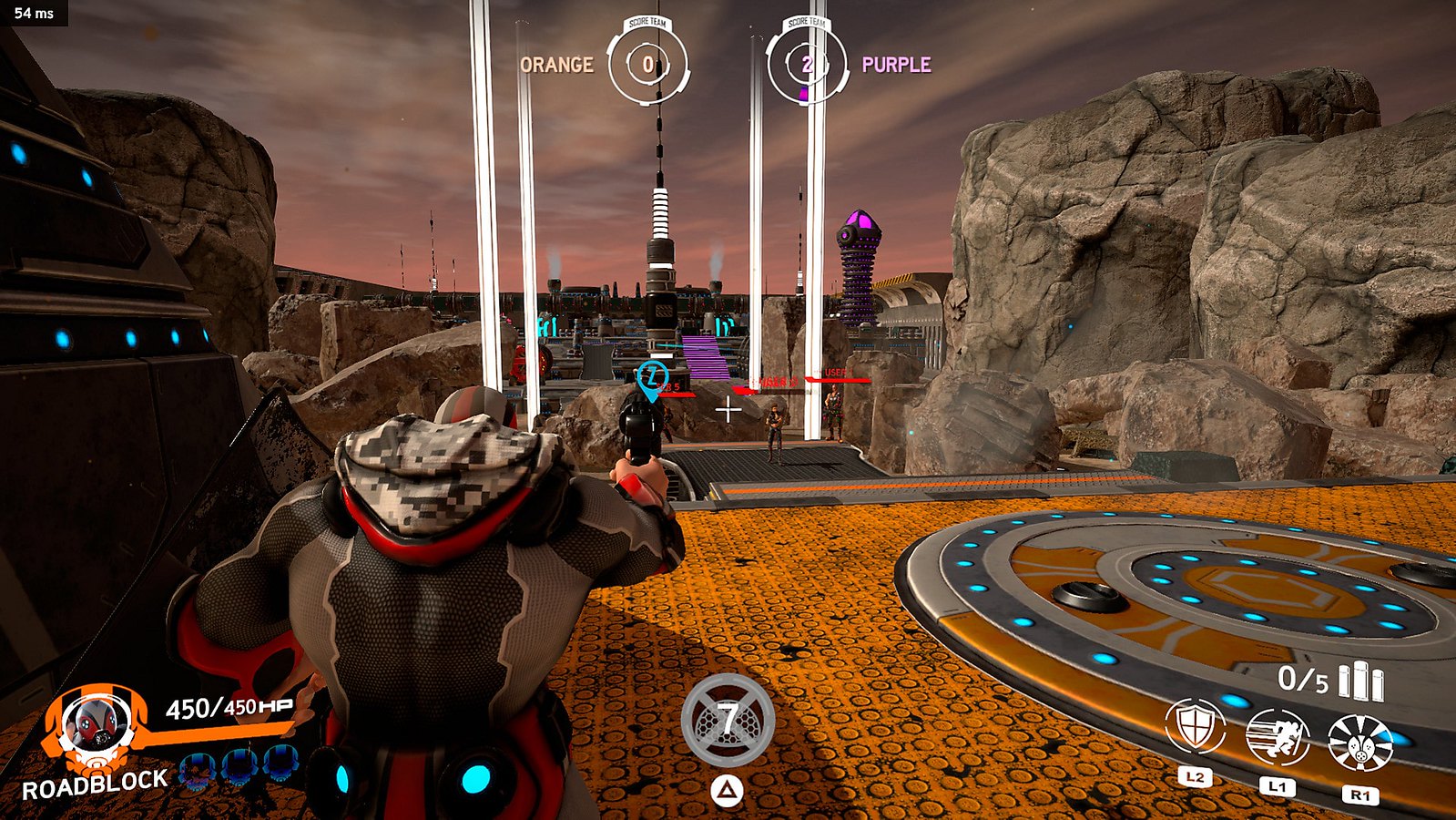 We want Holfraine to be based on a classic multiplayer concept where we move away from massive players in games, returning to classics where we played in smaller teams and our participation was essential throughout the game.

Holfraine is set in a not-so-distant future where resource’s shortage made the big corporations hire mercenaries to control other planets and make use of their resources. The most valuable one of the galaxy is the Holfraine mineral. 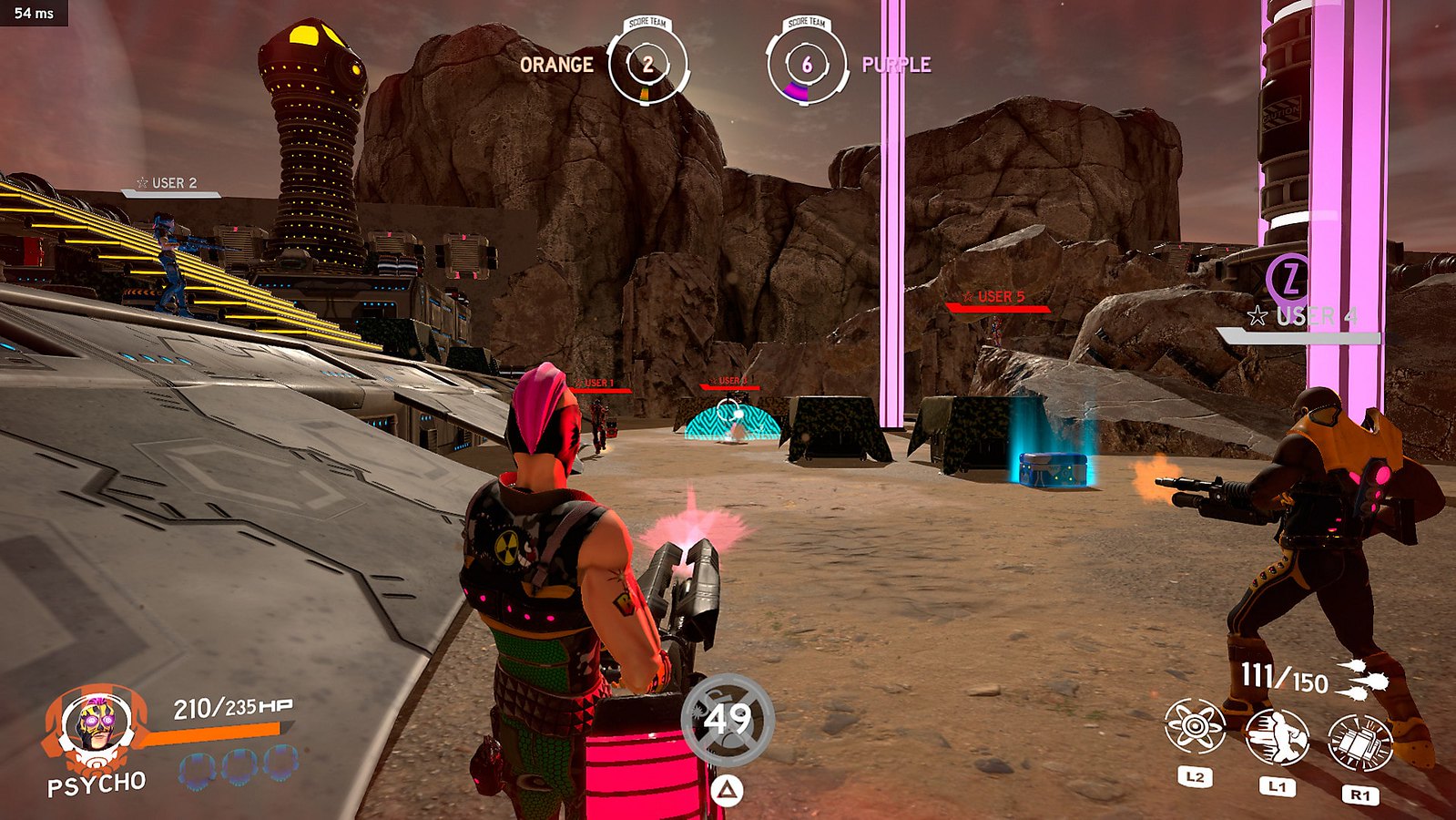 In Holfraine you will be part of a squad of mercenaries with the objective of defeating the opposing team through a different and dynamic game mode called All-In-One. This mode lets us change our character at any moment, and we can earn points by eliminating other players, protecting zones or stealing drones. Our goal will be to reach the maximum points before the enemy team does.

With this game mode we seek to add dynamism to the usual ones by adding more ways of earning points, but we also want to make every game different. To achieve that, we made these events happen randomly so the time they may appear is always different. 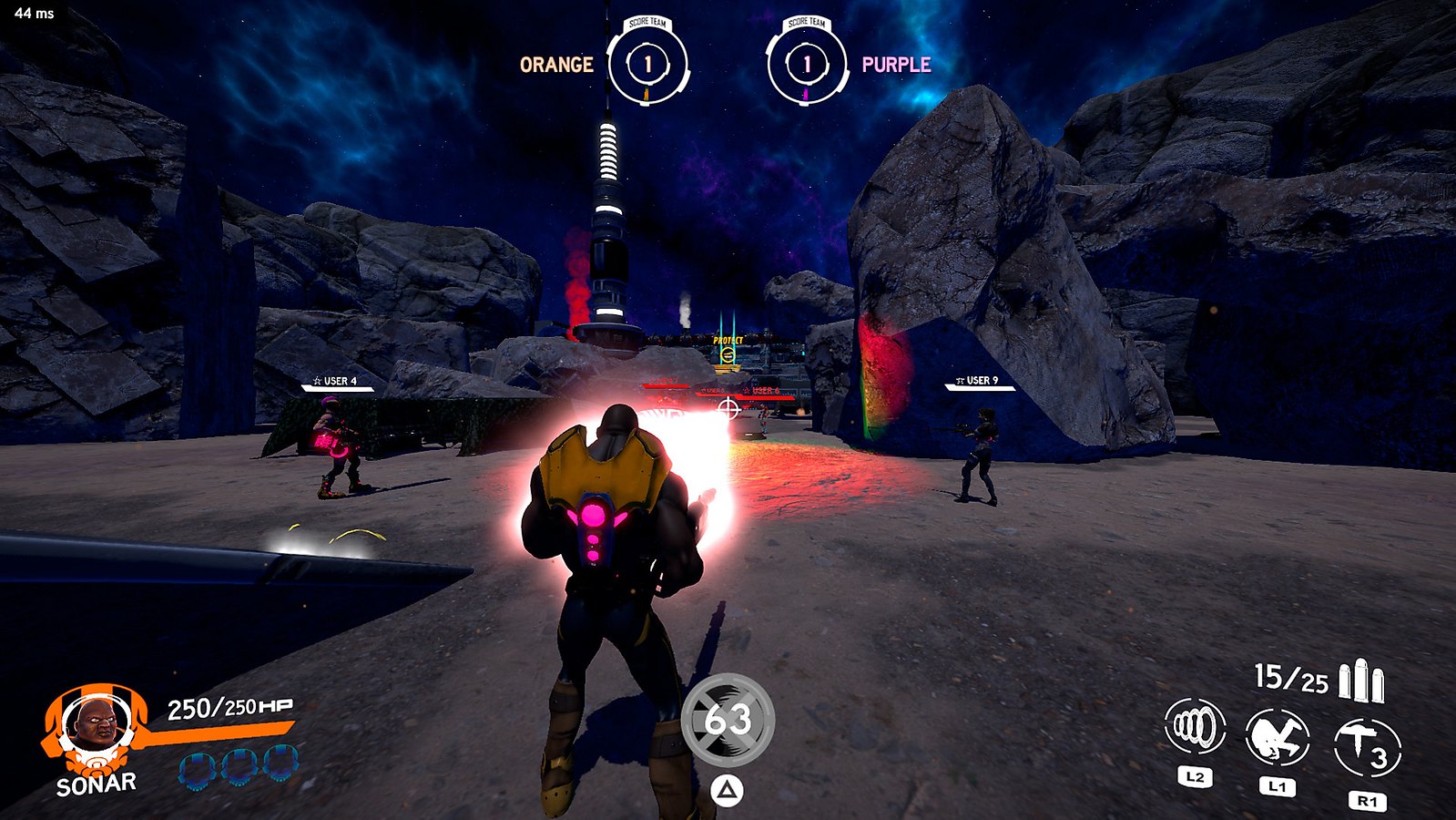 The game focuses on both action and strategy and, to add more objectives to the game, we have dynamic events where the player can pick up airdrops that improve their statistics until they are eliminated, which gives the player a very interesting advantage. All these features provide the possibility of winning to any team throughout the game and removes the snowball factor that sometimes frustrates the players, since it makes the game harder to win once the score difference is big enough. 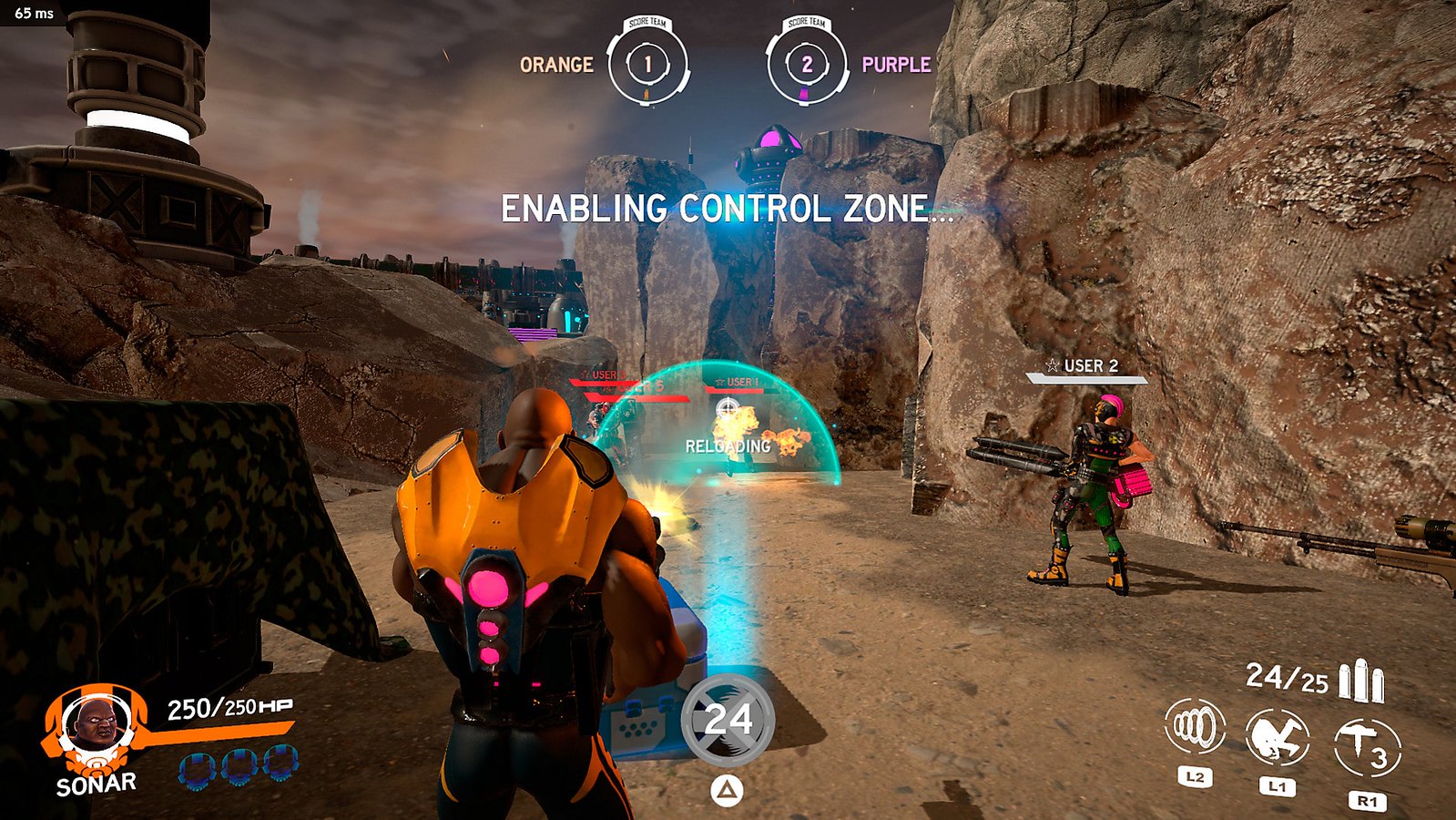 Holfraine’s development has been pretty hard because, while developing, we have been analyzing other titles of the same genre and wanted to provide something new. We want the game experience to be fun above all, with games of an average duration of ten minutes and that involve constant frenetism and action for the player.

We encourage you to try it with your friends and enjoy playing Holfraine. We are waiting for you!