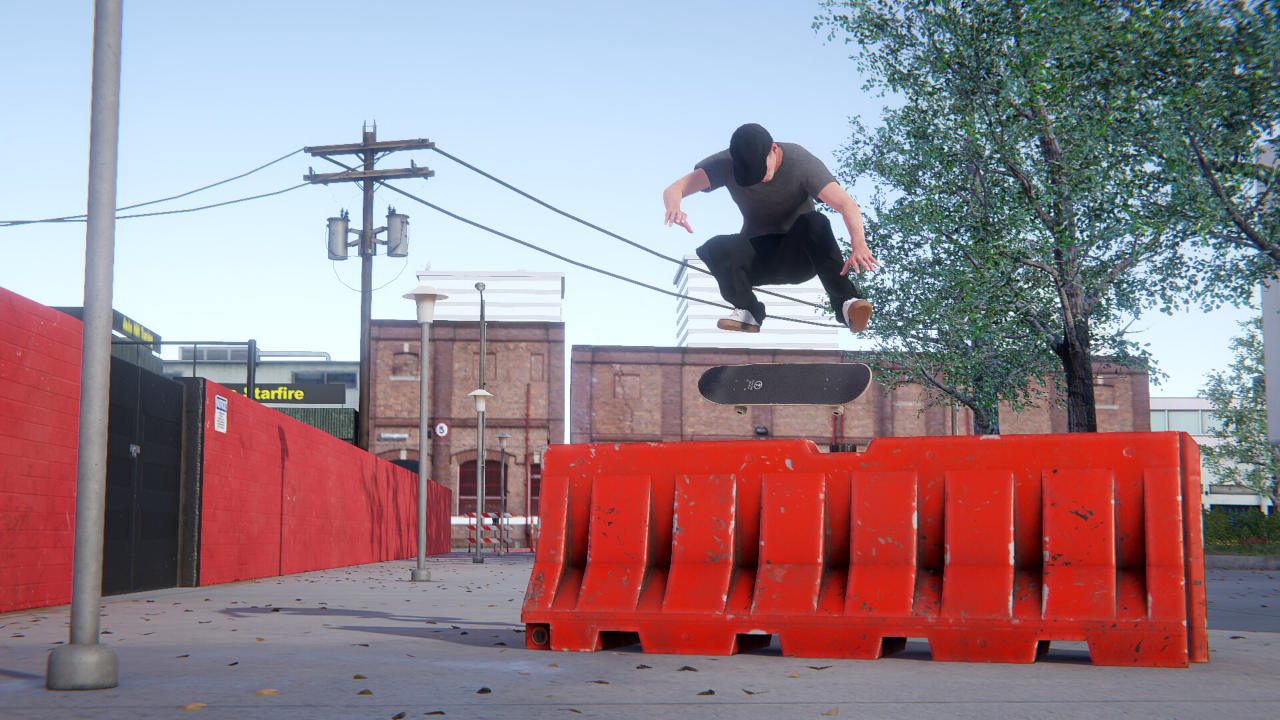 What’s up, PlayStation fans! My name’s Dain and I’m one of the creators of Skater XL, a new skateboarding game that we’re excited to announce will be coming soon to PS4.

It’s been ten years since a new, authentic skateboarding game hit the market, and a lot has changed in that time. Skateboarding franchises were some of the most played and beloved video games of the 2000’s — many of us have fond memories of Friday nights chilling on the couch with a few buds passing the controller around playing EA’s Skate or the original Tony Hawk’s Pro Skater series.

Fans of the genre have famously been clamoring for a new Skate and a revival of an old franchise, but the question we’ve been asking ourselves at Easy Day Studios is — what would a skateboarding game designed from the ground up today look like? We’ve spent the last few years looking to answer that question, designing and improving Skater XL through Early Access, and now moving towards the full launch of the complete 1.0 game.

The most important thing to understand about Skater XL is that it’s designed to be fun in the same way that skateboarding is fun. The core of the gameplay is designed more as an expressive and creative tool than a traditional video game with pre-set challenges to complete. 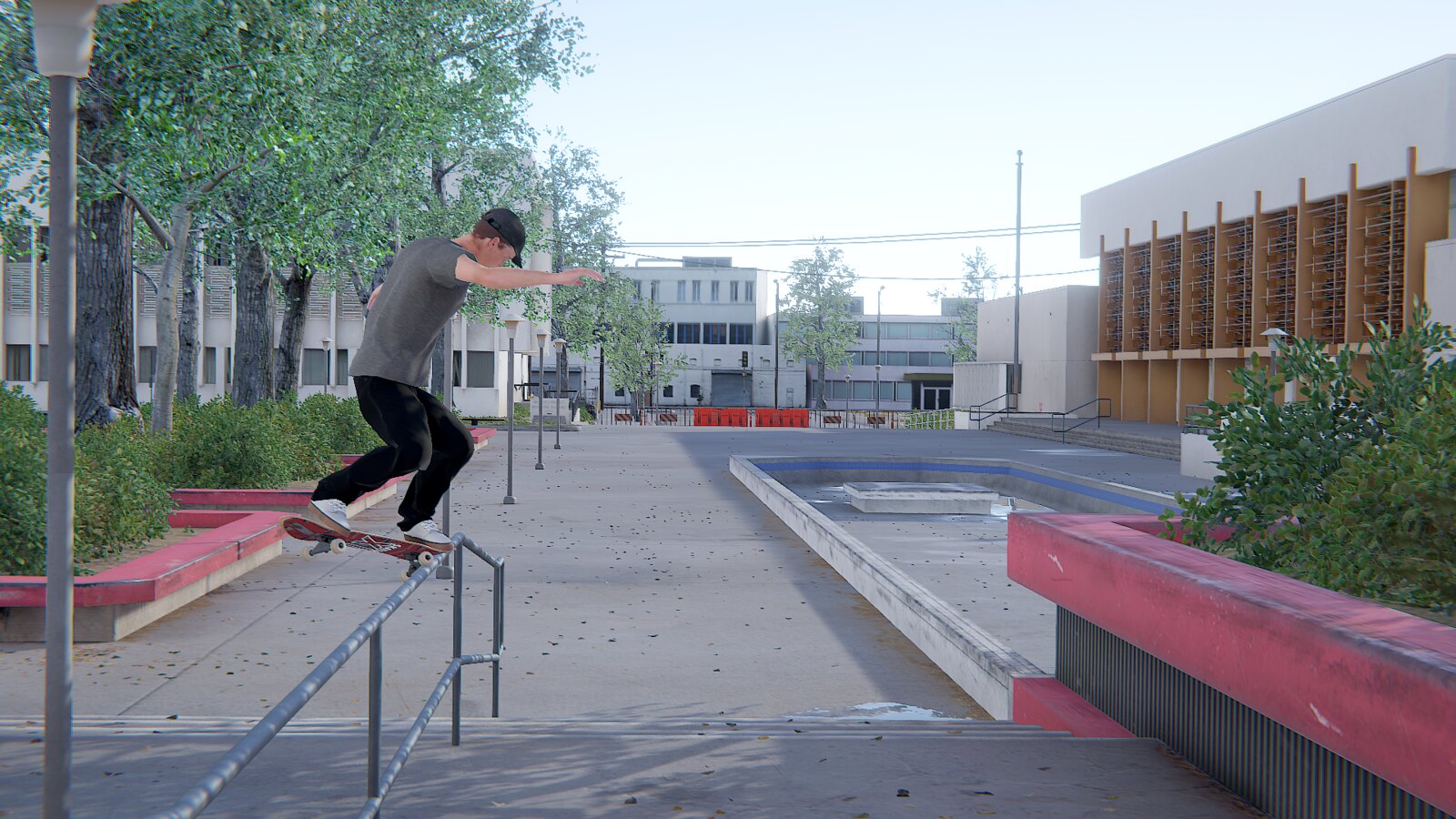 This control scheme is consistent through all parts of the gameplay, making it easy to learn and rely on when inventing new tricks and movements. See below where the same movements have been made on the sticks in different modes of the gameplay. The front foot is pushed left and the back foot is pushed right, creating the same movement of the board in each situation.

While jumping and grabbing

There are a range of basic movements, with a ton of freedom in how they are performed. Skater XL uses physics controlled by the thumbsticks to drive all movement in the game, which is a big step away from traditional ‘canned animation’ based systems. Precise movements made through the thumbsticks will make your tricks look and feel different each time, adding a level of expression, personalization, and style to the gameplay.

Below is an example of flipping the board while jumping to create tricks like kickflips and heelflips. How you flick the front foot creates different movement during the trick.

This same level of control is available in all types of tricks including jumps, flips, grinds, powerslides and manuals.

As your level of skill and creativity grows, you can combine and chain these tricks together in any way you like. For example, see here three different trick lines possible using just three basic tricks – kickflip, powerslide and crooked grind.

Grind to powerslide down the bank…

Big kickflip down the bank gap

There are so many ways to combine and style the same few tricks, and there are a lot of tricks possible in Skater XL!

The resulting gameplay is very much free-form, sandbox and creative in nature. Think of it more like a musical instrument than a conventional game.

The final piece of the puzzle is the environment. You can take this set of basic skills and tricks and re-invent the environment any way you like. Whether you push yourself, perfecting the subtle nuances of a highly technical trick, or just want to catch some air, our environments are yours to leave your mark on.

This creativity in reinventing real-world environments is a big part of skateboarding and the final release of Skater XL will contain several real-world locations based on iconic skate spots from California and the West Coast.

Here are a few more of the limitless tricks and combos possible in different areas of the levels:

At its core, Skater XL is about the journey of challenging yourself and expanding what you can do each time you play — whether it be trying to perfect a line with a tough sequence of moves or a just chill and free-skate, doing what you feel like in the moment.

The freedom and depth in the controls is something we think that every skate game fan has been wanting since the birth of the genre. When we saw a Skater XL modding community spring up with more than 50,000 players and thousands of “very positive” reviews on Steam with some playing for more than a thousand hours, we felt humbled, but also that we were onto something.

Our work on the core game is just one part of a bigger ecosystem and our goal is for Skater XL to be the home for digital skateboarding. We can’t wait to discover where the players, modders and content creators will go next, and are really excited to bring Skater XL to PS4 and PS4 Pro. I hope you’ll sign up for our email list as we have lots more to announce very soon.