Hey Vault Hunters! Today we’re super excited to reveal Guns, Love, and Tentacles: The Marriage of Wainwright & Hammerlock, the second campaign add-on for Borderlands 3. releases March 26, so while you wait, here’s your first look at what to expect from this expansion.

Wainwright Jakobs and Sir Alistair Hammerlock are getting hitched and have invited you to their engagement party. After the bombastic glitz and glamour of the casino setting in the Moxxi’s Heist of The Handsome Jackpot add-on (which launched back in December), we wanted to go in a darker direction for this one, so the celebration will take place underneath a gargantuan monster’s corpse on a harsh new ice world named Xylourgos.

You’ll meet plenty of creepy characters on Xylourgos, but one of the first faces you’ll see after arriving by drop pod is a friendly one: Gaige, a wanted fugitive turned wedding planner who fans may remember from her days as a Vault-hunting Mechromancer in Borderlands 2’s DLC. With her robot BFF Deathtrap at her side, Gaige will do whatever it takes to ensure that the Jakobs/Hammerlock shindig is a success. 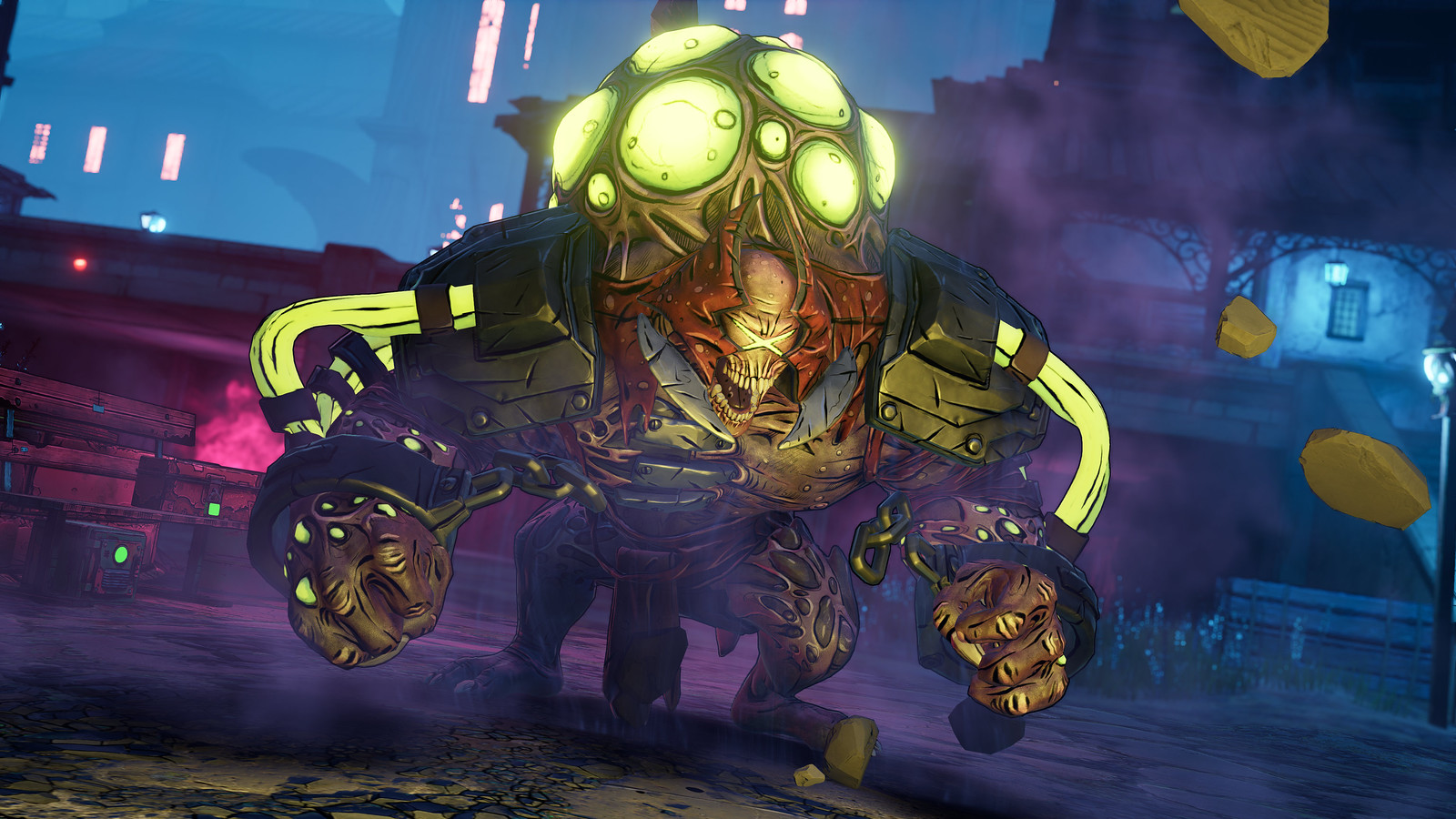 We like to think of Guns, Love, and Tentacles as a cosmic horror rom-com that puts the “love” back in “Lovecraft.” Expect to get into plenty of wedding planning shenanigans as occultists, curses, and creatures with more teeth and tentacles than nature intended threaten to derail the betrothed couple’s plans for a happily ever after. Some of the mutated enemies that you’ll have to overcome are unlike anything that we’ve thrown at you before, and they’ll drop some crazy otherworldly loot too, including new Heads and Skins, new Interactive Room Decorations, and of course, new Legendary Weapons, Shields, and Class and Grenade Mods.

Players who haven’t progressed far enough through the Borderlands 3 story campaign to unlock interplanetary travel will have the option to jump straight into the new content when creating a new character. Anyone taking advantage of this option when will automatically complete all of the story missions up to and including “Taking Flight,” in which they leave Pandora aboard the spaceship Sanctuary III for the first time. At this point, they’ll already be level 13 and ready to set a course for the party on Xylourgos. 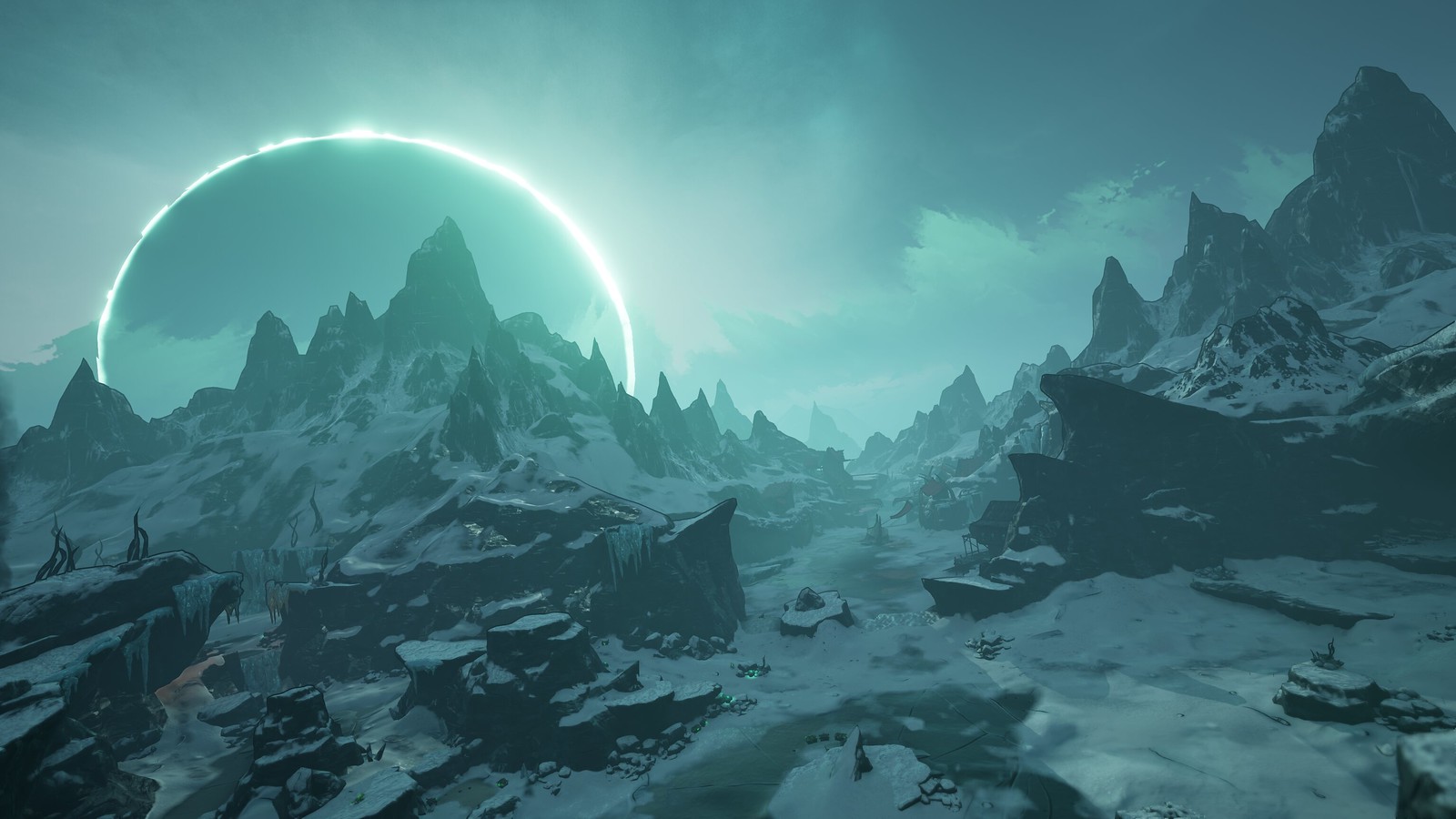 Guns, Love, and Tentacles is our second piece of premium add-on content for Borderlands 3, included with the Borderlands 3 Super Deluxe edition and in the Season Pass. We’ve also been supporting the game with frequent free updates, and we revealed a few more of those during our PAX East show as well. In the coming months, players can look forward to another in-game seasonal event called Revenge of the Cartels, which will be similar in scope to the Bloody Harvest event we did for Halloween. Those of you who have braved the ultra-difficult free content addition of the Takedown at the Maliwan Blacksite will be happy to know that another free, raid-style Takedown is on the way, this time themed around the mysterious Guardians.

As with the Maliwan Takedown, you’ll be able to tackle this new Takedown solo, but the “true” Takedown experience is designed for maximum endgame challenge that’ll push a co-op party of four max-level Vault Hunters to their limits. Speaking of endgame, we’re also gearing up for a complete overhaul of Mayhem Mode that we’re calling Mayhem Mode 2.0. This free content update will refocus Mayhem Mode, the galaxy-warping system you unlock after finishing the main story, to put an emphasis on surprising buffs that encourage new playstyles rather than restrictive modifiers.

There’s so much still in store for Borderlands 3, so be sure to follow us on Twitter, Facebook, and borderlands.com to stay up to date. For now, enjoy that new trailer, and we’ll see you on Xylourgos on March 26.