The Tomb Raider herself, Lara Croft, has discovered Brawlhalla and joins the fight starting today! She uses her dual blasters, her bow, and a few gadgets (like her grappling hook shot) to knock her opponents off-stage. If you want to start playing Lara Croft by getting as many KOs as you possibly can, then check out these tips. Practice them and you’ll see more victories than losses! 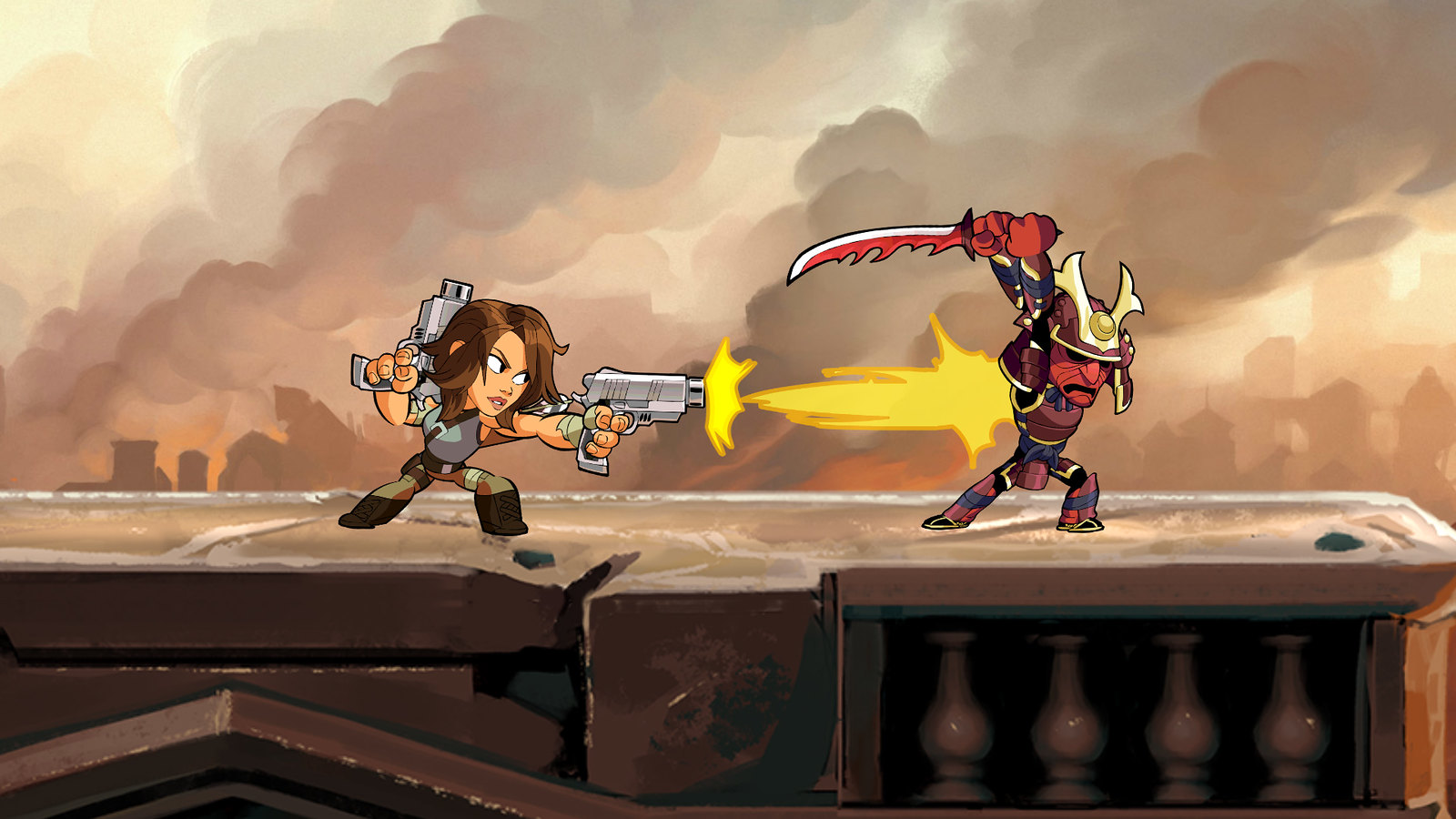 Especially right by the edge of the stage, the Down Signature attack on Lara Croft’s bow is incredibly useful. It uses her grappling hook shot to pull enemies behind her and launch them into a pit. Gravity Canceling allows grounded attacks to be used in the air and to stop from falling, basically stopping gravity altogether. To Gravity Cancel, press the dodge button in the air without pressing any directions, then hit an attack button. Gravity Canceling into Lara’s Bow Down Signature attack is bound to get the KO. 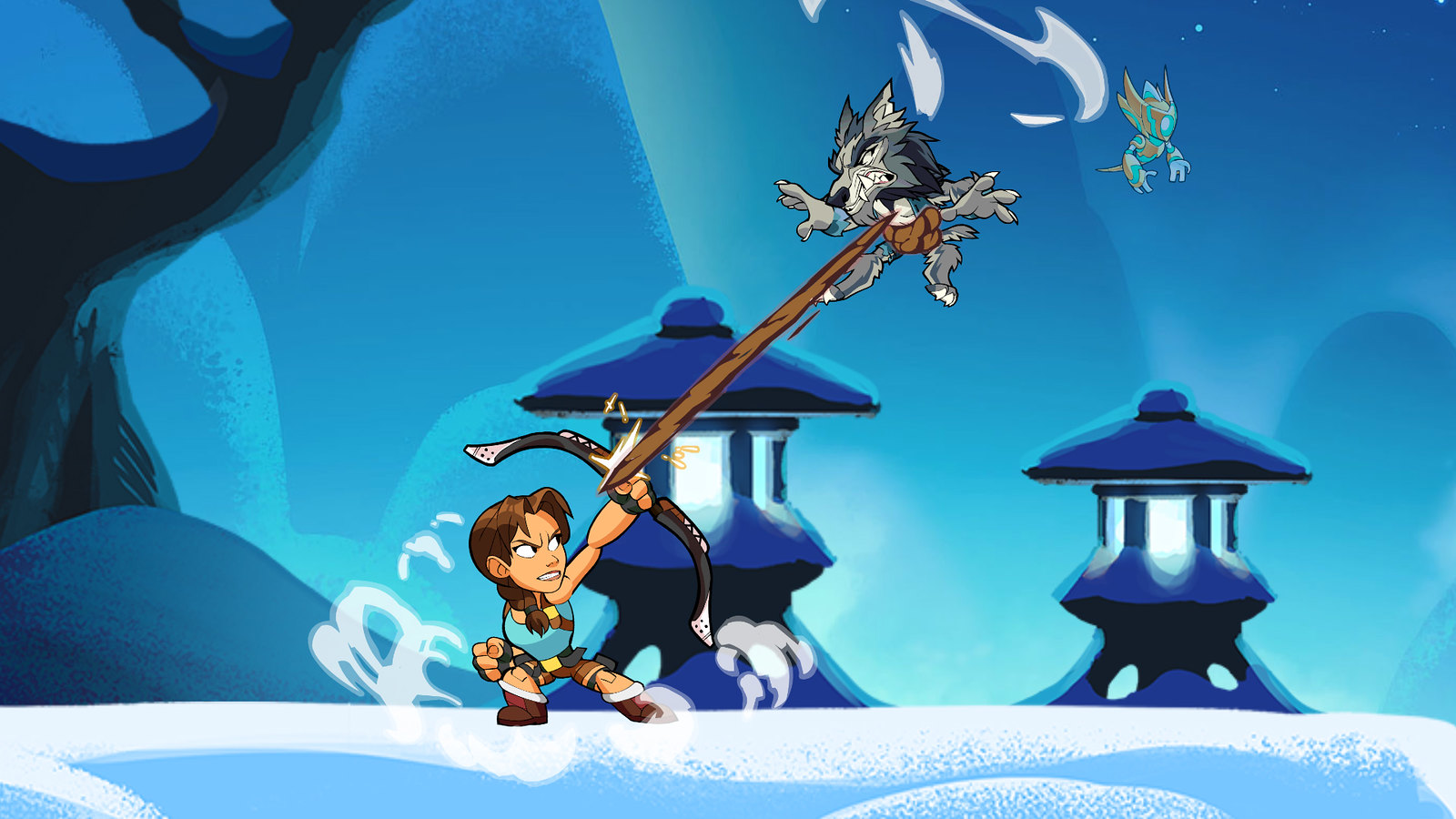 As Lara Croft, a good way to cover the distance between opponents is dash then use her Blasters Side Signature attack. For her Side Signature, she does her classic jump-roll and shoots a bunch of shots in front of her. Dashing allows a quick approach, and Blaster Side Signature makes Lara jump pretty far, so combining them makes for a huge leap across the stage. No one will be able to hide from Lara Croft! 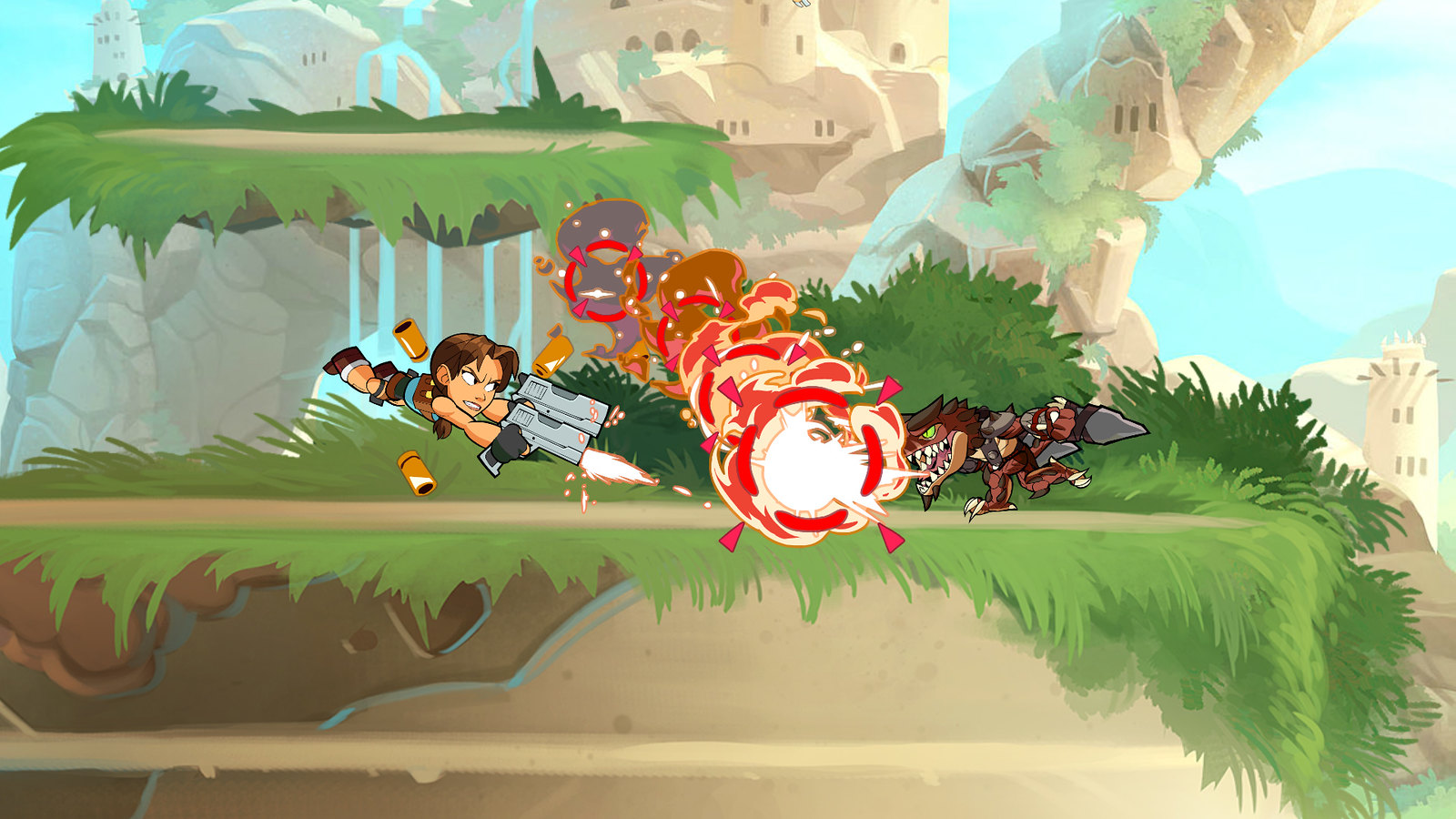 On Lara’s bow, the Down Light attack has her jump forward and shoot the ground, which pops opponents up into the air. Luckily, Lara Croft’s bow Neutral Signature attack catches airborne enemies and shoots them with a powerful fire arrow. It’s a set-up attack into a knockout attack, which makes it the perfect finisher and one of the best things to keep in mind when playing as Lara Croft.