Hello all you ronin out there! We here at Spike Chunsoft are happy to announce that Katana Kami: A Way of the Samurai Story, is set to release February 20!

Way of the Samurai is a franchise built on Japanese-inspired hack-and-slash action set in a quirky, quasi-historically accurate Meiji-era Japan. The series began in 2002 with Way of the Samurai on the PS2 and has continued through the console generations, finally arriving on PS4 in the form of Katana Kami. While more of a spin-off than a true sequel, Katana Kami still has all of the distinct characters, themes, and action the series is known for.

Katana Kami takes place in the peaceful (for now) Rokkotsu Pass, a familiar setting for franchise vets. The swordsmith Dojima falls into debt, and the conniving debt collectors take his beautiful daughter Nanami as collateral. The protagonist of the story arrives and agrees to help Dojima repay the debt… in return for his daughter’s hand in marriage. Hey, no one said this wandering ronin was running a charity. 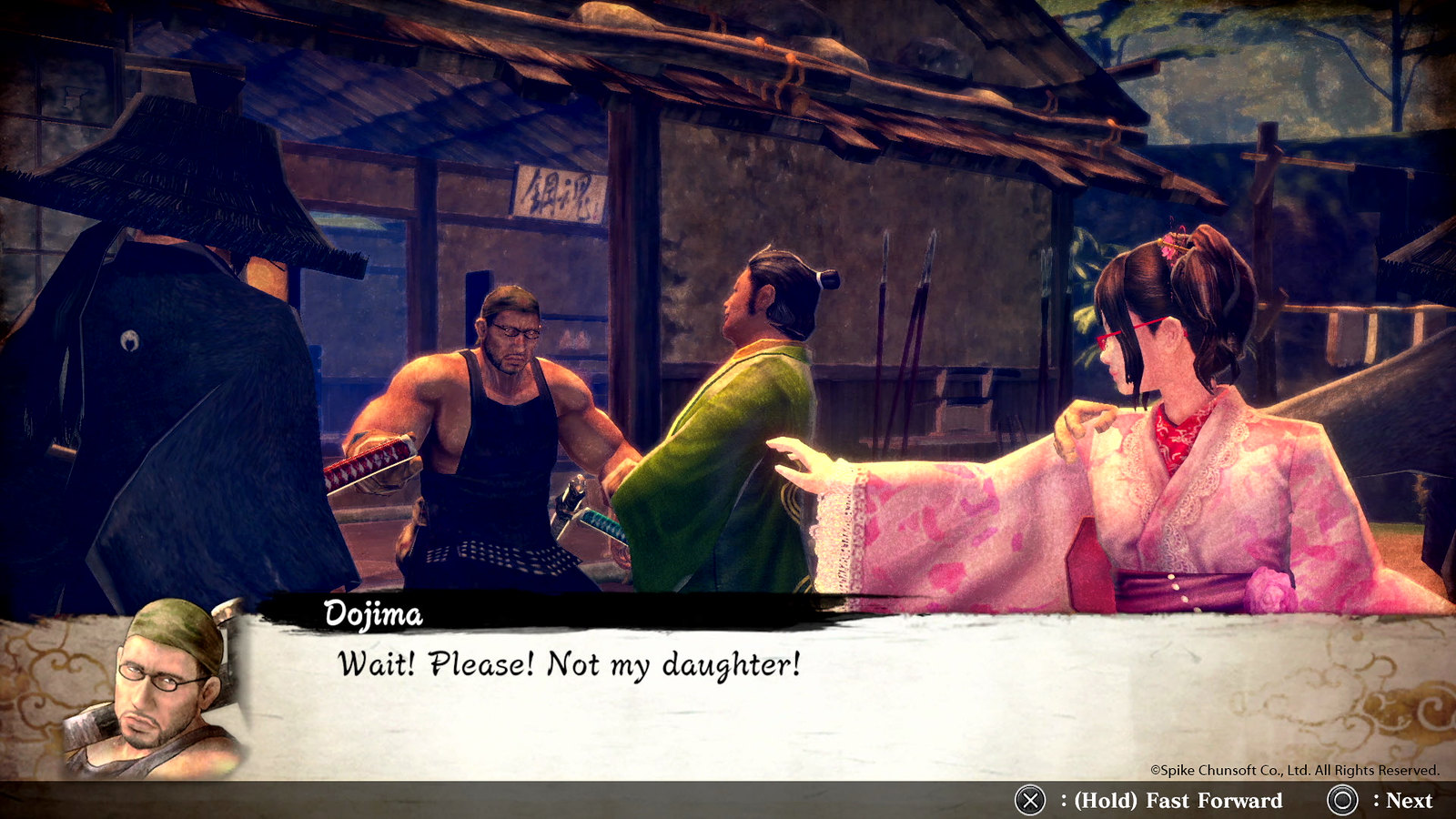 This kicks off the game’s main gameplay loop: the player journeys into the mysterious caves under the pine tree “Ipponmatsu” to collect materials and swords by night and sell swords through Dojima’s smithy by day. The dungeons themselves are randomized to keep you on your toes, and the deeper down into the dungeons you go, the rarer and more powerful the items you find. But be careful, because the enemies get much tougher as well. Do you dare delve deeper for better loot at the risk of being mauled by powerful foes? Be prepared to face wild animals, the undead, and elite monsters based on Japanese folklore. Hope you make it out alive, because you lose all your stuff if you die. However, if you’re feeling lucky, you can defeat your doppelganger spirit the next time you enter the dungeon to steal back your lost loot. 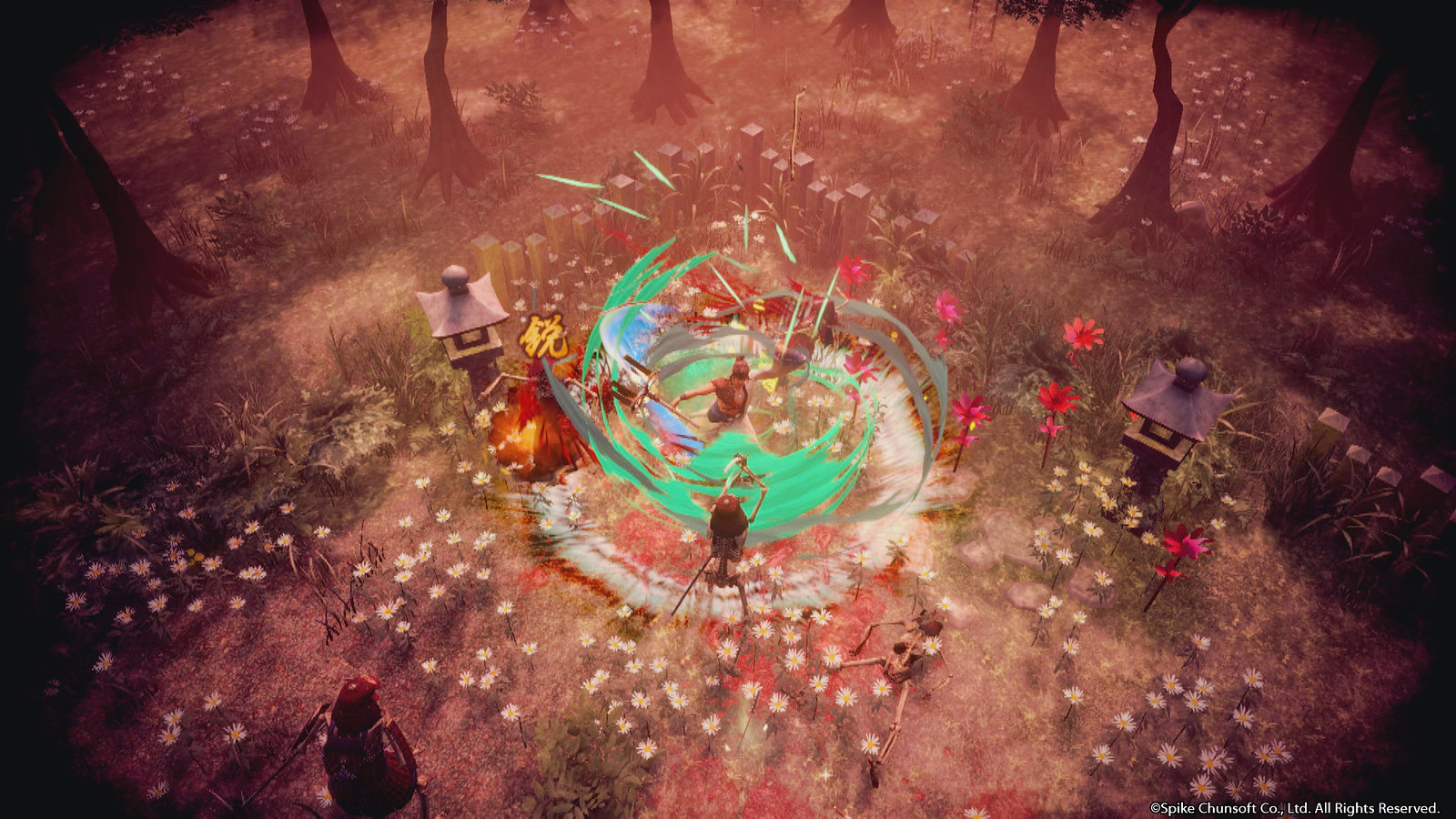 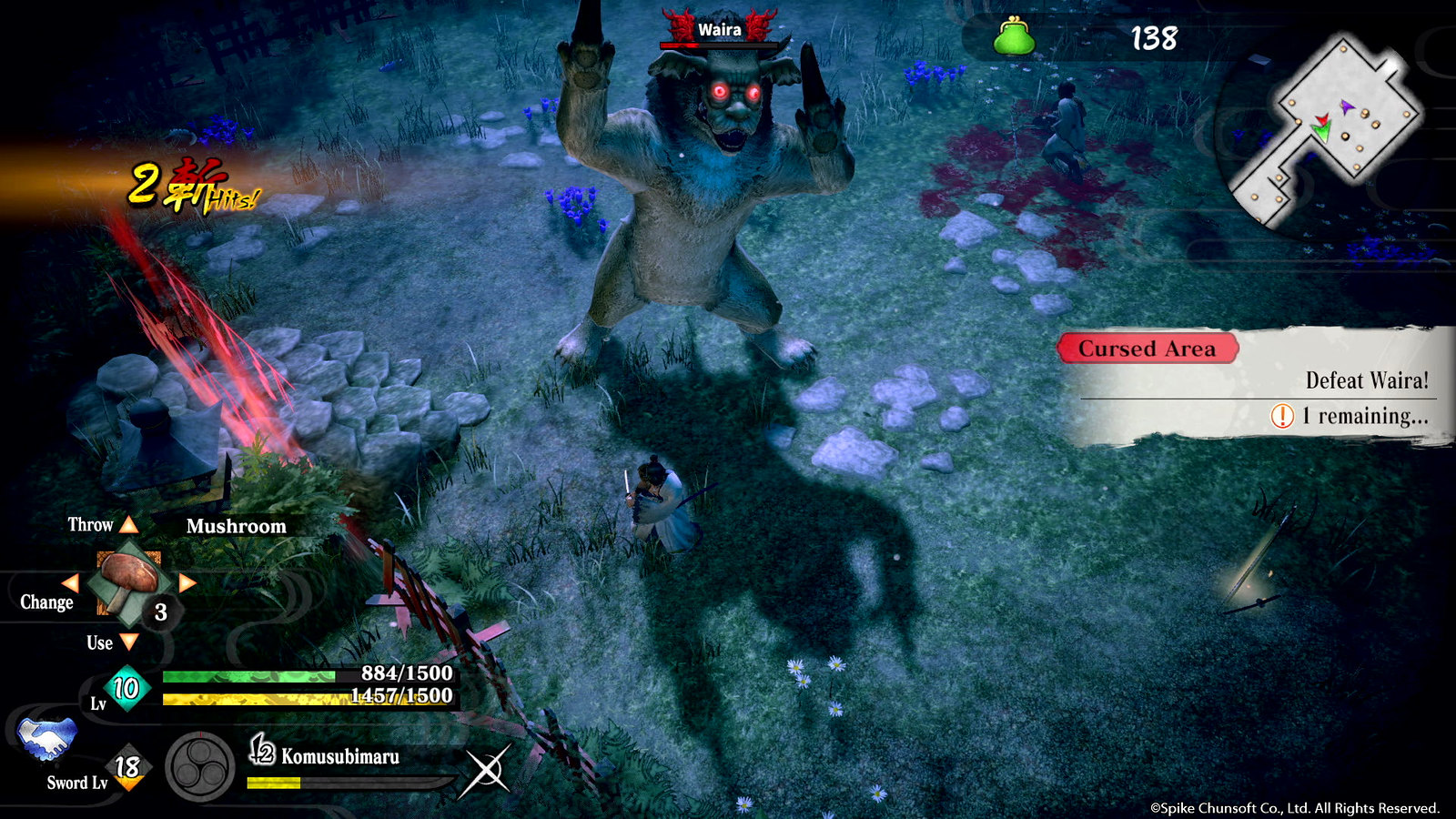 There’s also online play so you can challenge the dungeons with others. Or you can just get in there, kill your buddy in a duel, and take all their stuff. Your choice. 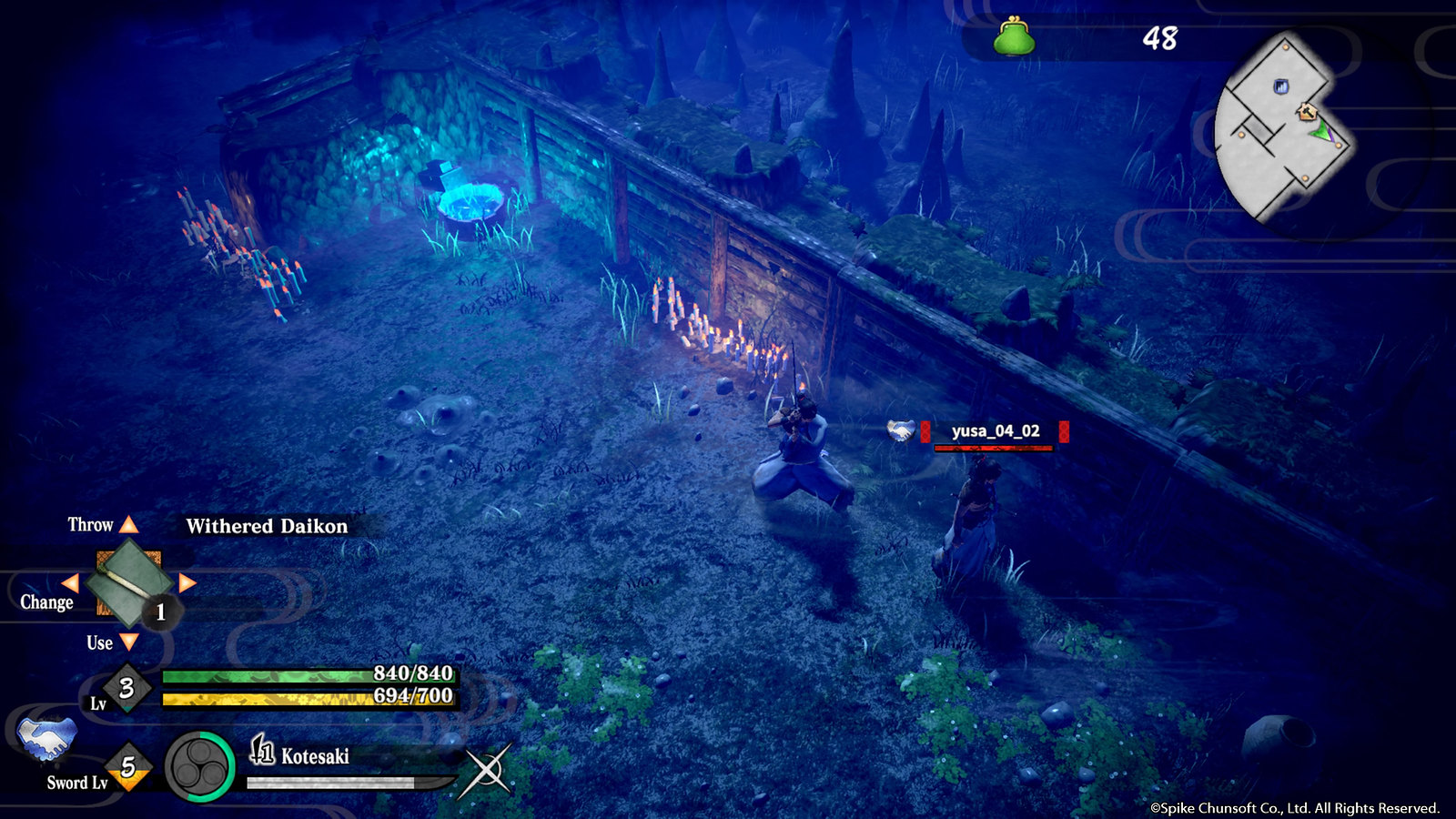 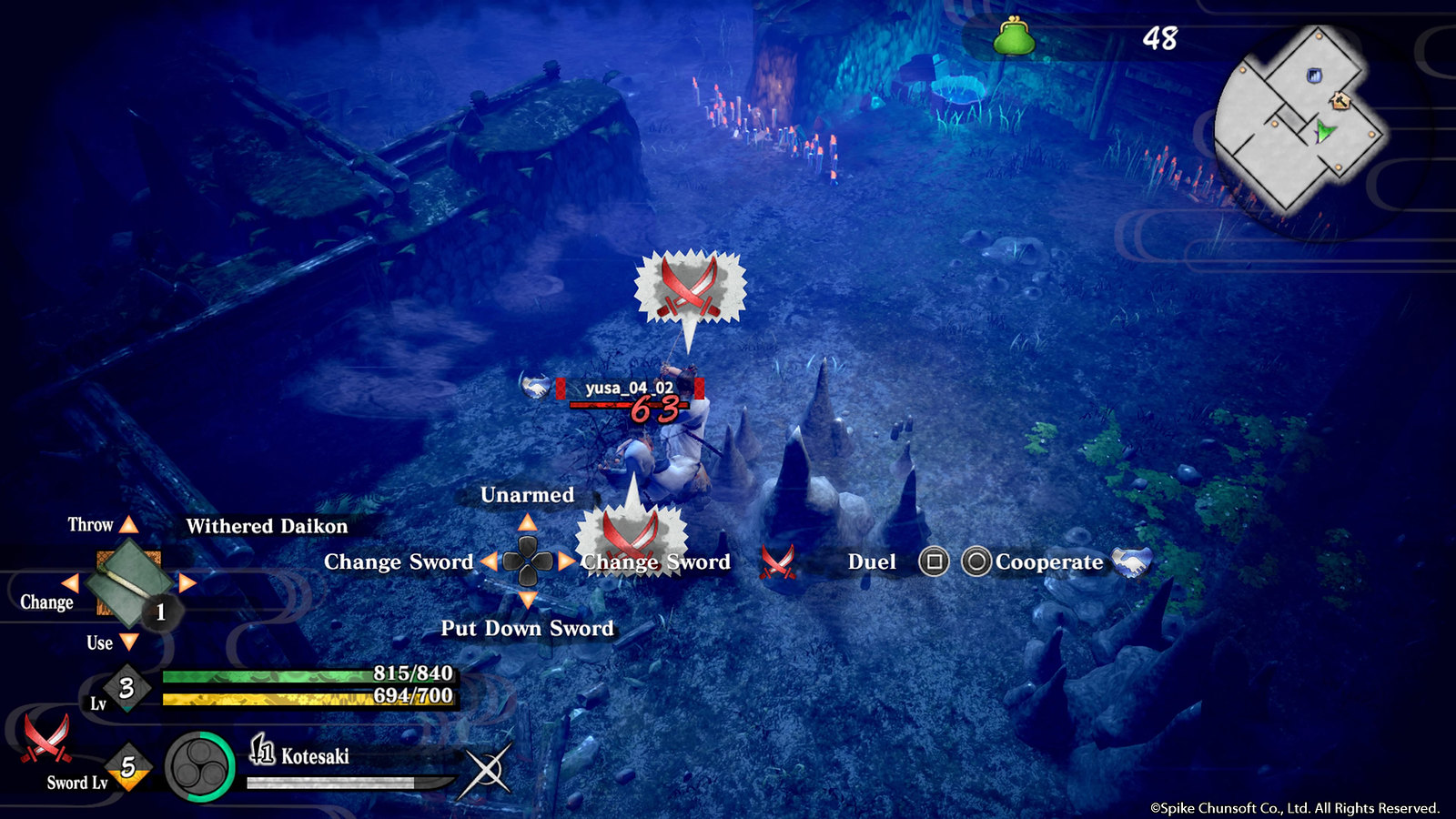 Back on the surface, stop by the smithy, drop off all the material you gathered to Dojima, then help him run the shop. Then meet all the quirky characters living in Rokkotsu Pass and take sword orders from them.

There are three rival factions in Rokkotsu Pass, each with its own history and personality. Depending on how you accept (or reject) and deliver orders, you can ally yourself with one of those factions, giving them all the best swords and gear, or try to maintain the balance of power by treating all orders as equally as possible. Whatever you decide to do, just make sure you have the money when the debt collector comes knocking. 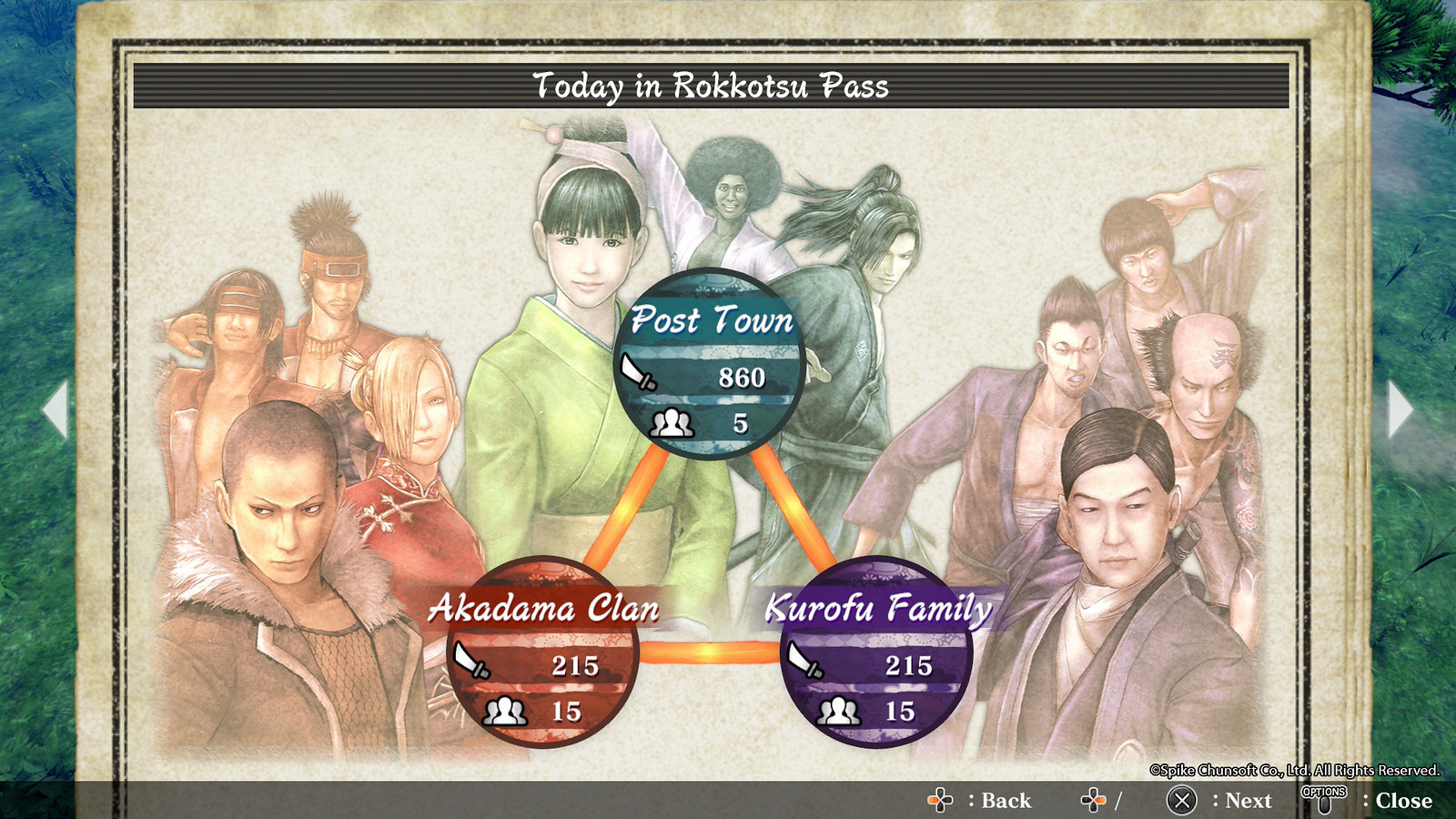 Also, don’t forget to download the two free DLCs that are available through February 20-27 at PlayStation Store. 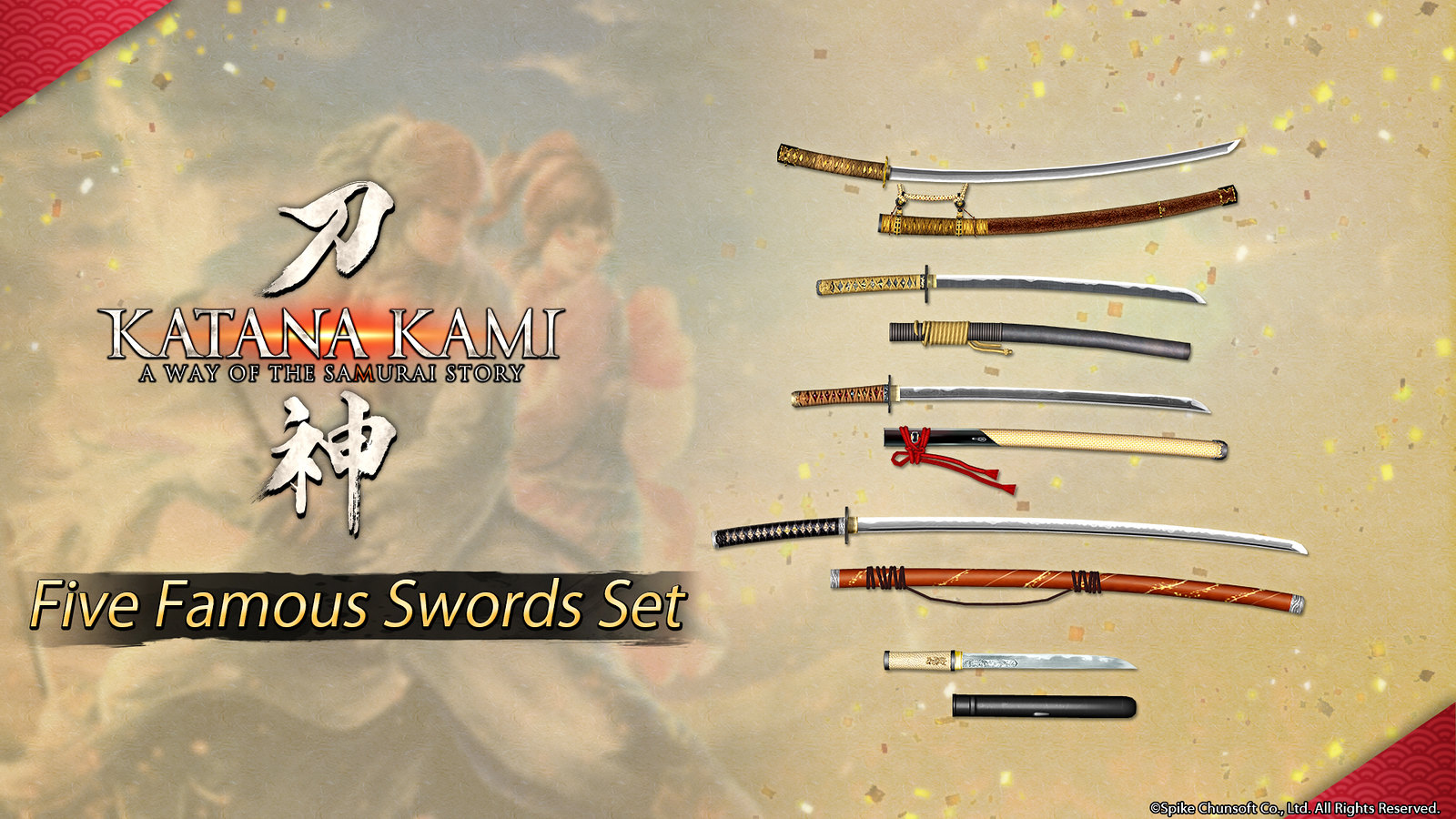 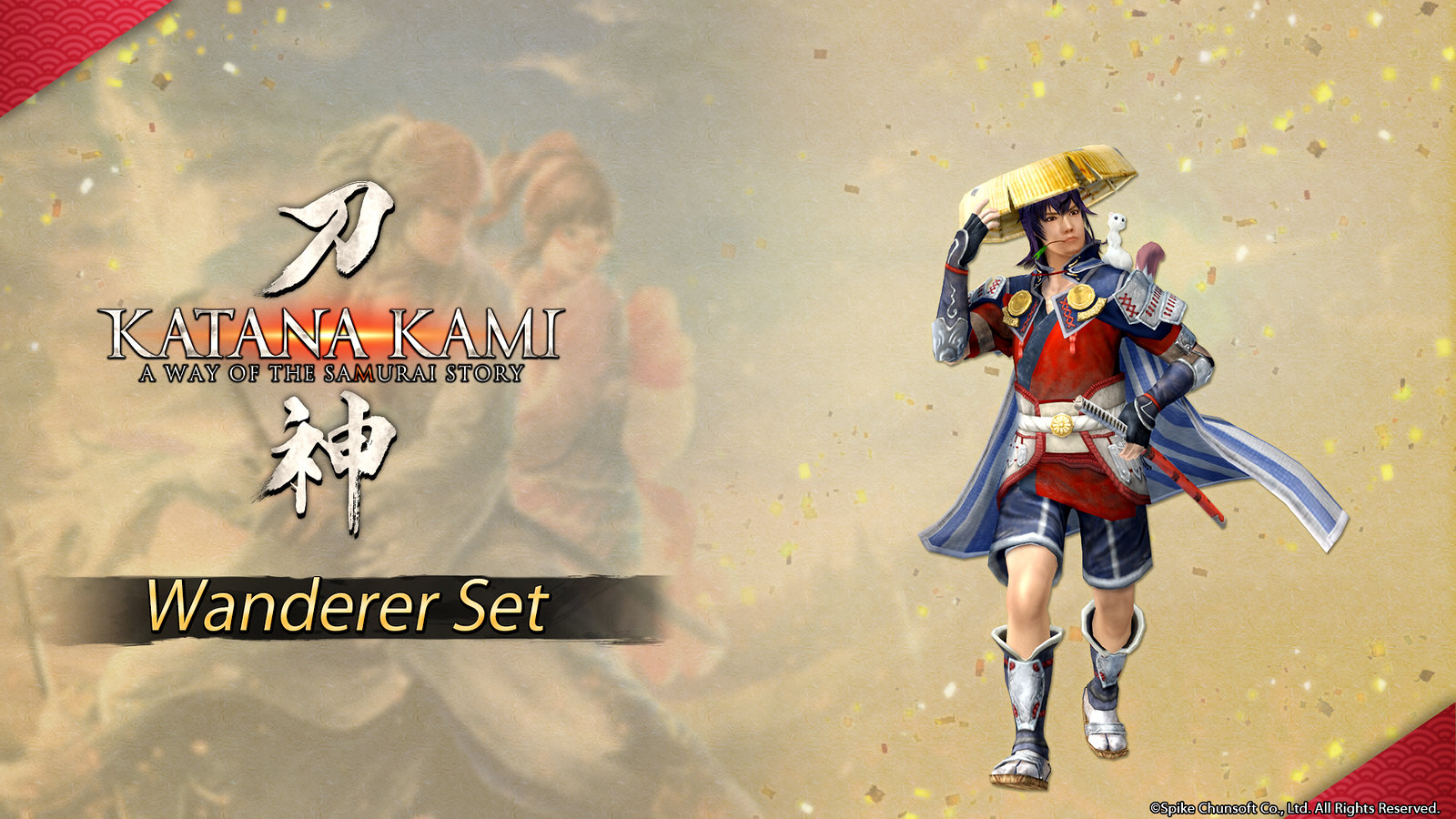 We’re really excited about this title and the chance to introduce a potentially brand-new audience to Way of the Samurai. See you in the underground, samurai.