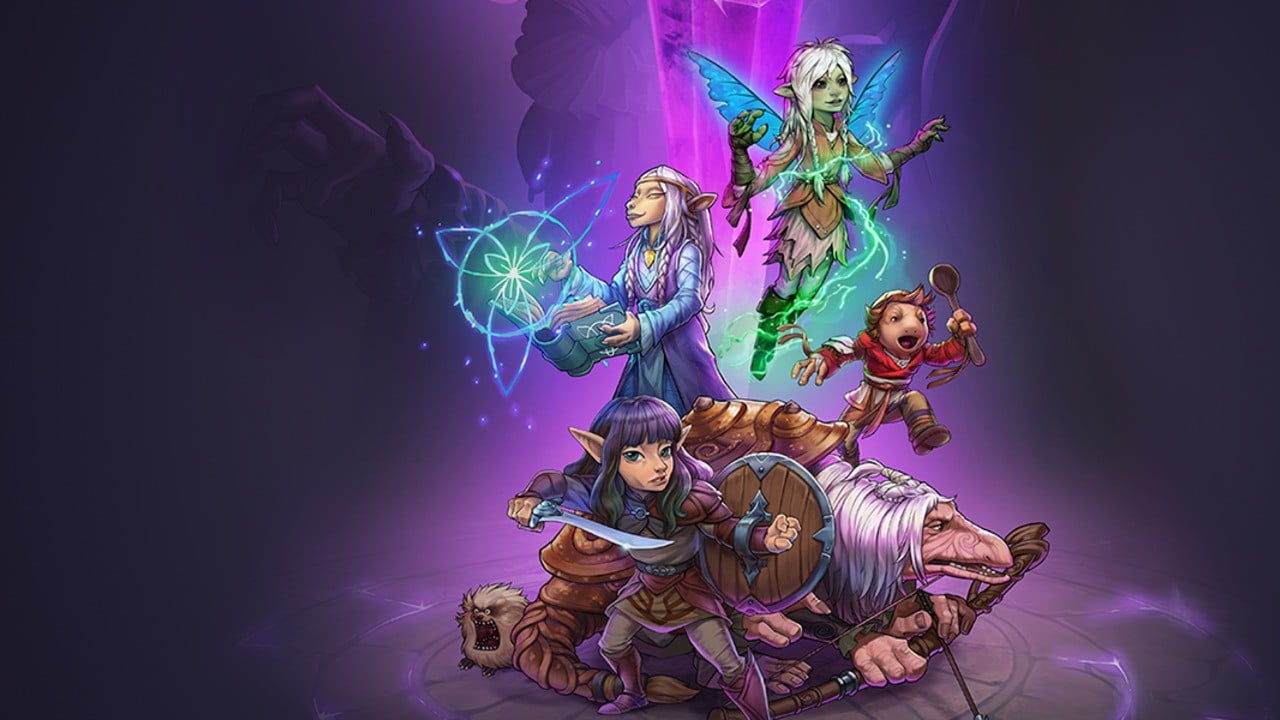 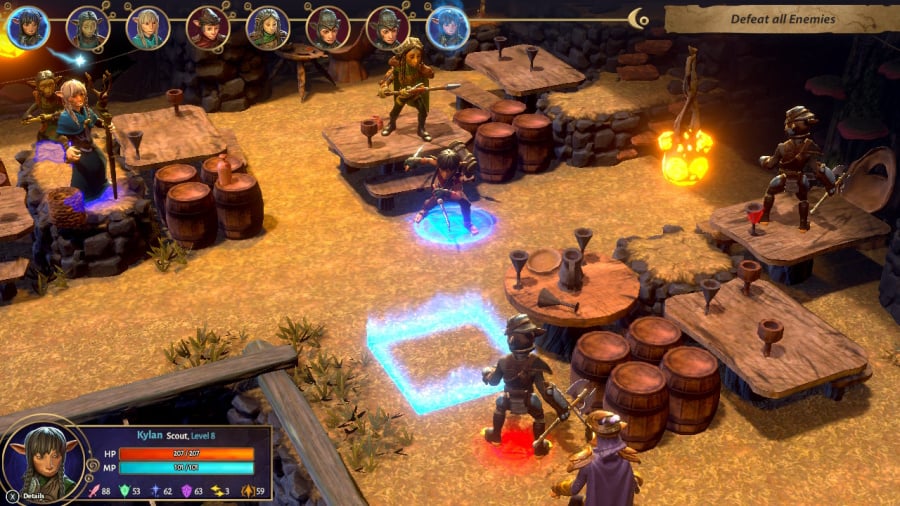 The Dark Crystal: Age of Resistance Tactics seeks to recreate the major plot beats and battles from Netflix’s recent – and absolutely excellent – Dark Crystal prequel series in turn-based tactical strategy form. An expensive, multi-episode forerunner to the seemingly long-forgotten 1982 movie masterpiece was a somewhat unexpected announcement when it was first made by Netflix, but perhaps not quite as unexpected as this top-down tie-in that sees you take control of a bunch of your favourite Gelflings and their various goofball pals as you seek to gather together the forces of good from across the land of Thra and strike a killer blow against the evil plans of the sinister Skeksis.

First off, obviously, if you’ve seen the new show or are a long-time fan of the movie, you’re going to get a lot more out of this game than just going in blind. From the off, missions are lifted directly from the events of Age of Resistance and follow the series closely, while some of the nicer surprises in terms of characters who join your party as you make your way through the campaign come in the form of some returning faces from the 1982 original. More intriguingly for fans, some of the scraps and situations you find yourself in here are things that are mentioned in Age of Resistance but happen off-screen, so you’re getting to see them for the first time. 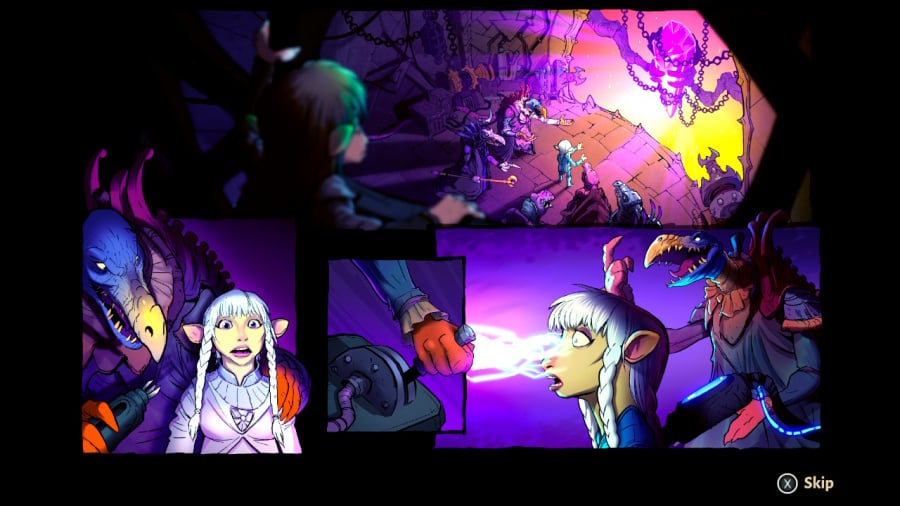 In terms of the actual game itself, this is pretty much straight down the line, tried-and-tested tactical fodder. You’ll start the game with just two characters, Rian and Mira, with whom you’ll get accustomed to basic movement, attacking and the ins and outs of levelling-up and buying gear. From here, you’ll eventually build up a solid roster of up to fourteen playable heroes, each with access to a variety of different jobs which open up various skill trees from which they can choose a set number of attacks, buffs and defensive options to take into battle.

Indeed, jobs are very much the most in-depth and important aspect to unlocking the strategies you’ll need to take on the Skeksis. There are a total of twelve different jobs for each of your characters to choose from and you’ll start off with the fundamental three – soldier, scout and mender. As expected, soldier opens up a skill tree comprising various offensive-based options, whereas scout gives you access to ranged attacks and mender focuses on healing, buffs and other magic-based shenanigans.

As you make your way through each chapter, you’ll gain access to more jobs within these three base sections that introduce your characters to more advanced movesets. Paladins, for example, are a more powerful version of the base soldier, stone-wardens turn your fighter into a tank and trackers and adepts provide more interesting ranged and magical opportunities. 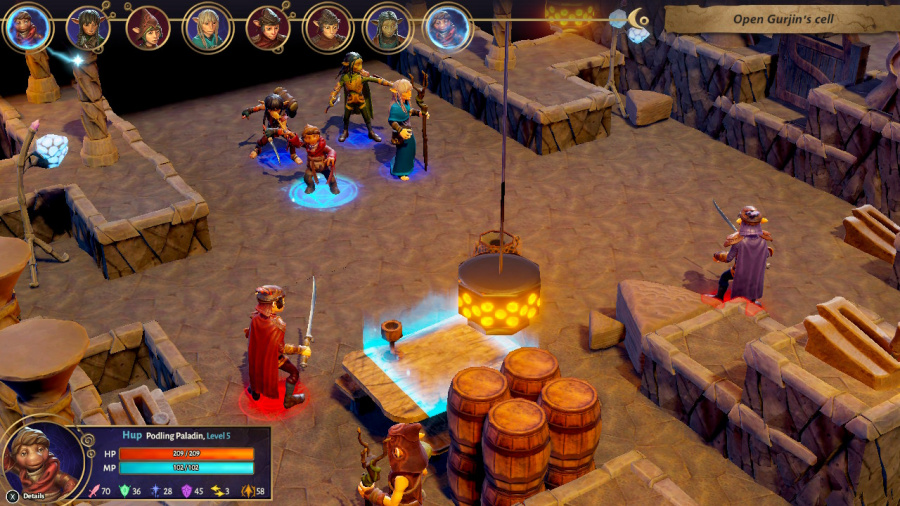 Once you’ve chosen your primary job and allocated up to three skills you’ll set about working your characters up to level five, at which point they’ll be able to take on a secondary job with up to two skills equipped at any time. In this way, you can mix-and-match role types, enabling soldiers to heal or giving menders the ability to fire off powerful ranged attacks as they keep out of harm’s way on the outskirts of battle.

It’s a decent, if hardly original, system that gives you plenty of choice as to how you wish to personalise your party’s capabilities and – with the introduction of fun support sidekicks such as Hup, everyone’s favourite Podling paladin, and Boggi, the furball Fizzigig who rolls around the battlefield healing and supporting the team – there’s certainly plenty of ways in which to go about engaging the Skeksis, Arathim and other dark-infected creatures from across the kingdom of Thra.

Alongside the various skills afforded to your team via jobs, there’s also plenty of equipment to get your hands on in order to strengthen your fighters. Weapons and armour here are all class-specific but the game does a good, clear job of showing you who can wear or brandish what. Most equipment is bought using the in-game orb currency, but some high level weapons and pieces of armour will also be dropped during boss battles you’ll engage in at the end of each main missions. There are also a number of trinkets and pieces of jewellery to save your hard earned cash for in order to bestow permanent buffs on whichever lucky team member you choose to wear them. 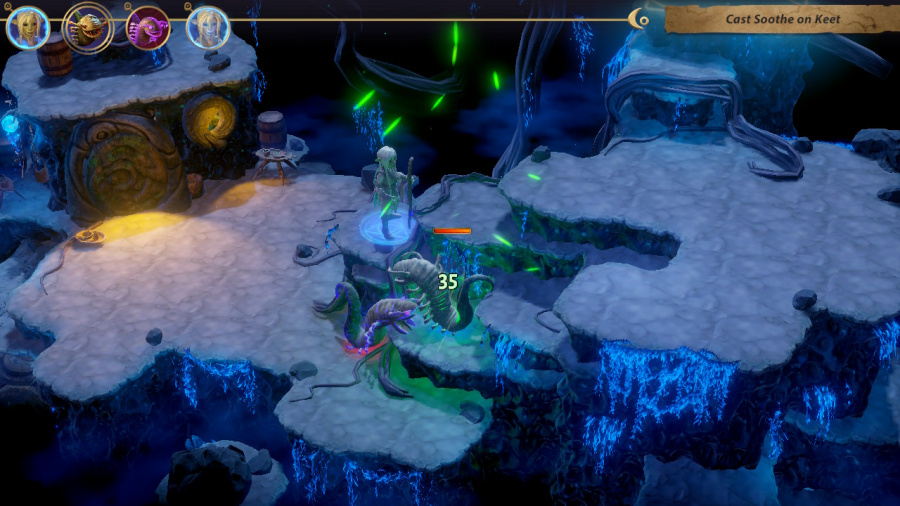 In terms of the general flow of the game, you’ll be tasked with travelling to a specific location on the rather pretty world map in order to act out or engage in a set piece battle against a chapter boss and move the story forwards but, in order to do so, you’ll first face challenges – usually numbering seven – that you’ll need to complete in order to recruit the aid and support of the populous of the area you’re currently fighting in. You’ll set out to help the Drenchen in the bubbling mires and putrid banks of The Great Smerth and aid the Dousan peoples of the northern deserts in order to move on and gain access to Domrak or Outer Domrak. It’s all stuff that’s instantly recongisable from the TV show, and certainly adds to the allure of proceedings for folk who know their Deets from their Naias.

Moment-to-moment gameplay, as we’ve mentioned, is pretty run-of-the-mill tactical stuff, instantly familiar to any Final Fantasy Tactics fan, and battles themselves play out pretty similarly across the entire length of the game – but there are a few set pieces, boss battles and level-specific obstacles which help to keep things a bit more interesting. You’ll find yourself needing to collect a set number of manuscripts strewn around a library whilst keeping certain characters alive, flipping switches in a prison to release friends – whilst simultaneously liberating enemies who engage your party – and timing your teams movements so that they’re braced behind cover as desert storms roll in and blow anyone in the open randomly across the field of play. We also particularly enjoyed one boss battle which charged us with marking the big bad in order for a support character to shoot him with a bow and arrow, whilst constantly moving our Gelfling warriors around the battlefield in order to ensure they weren’t caught by the splash damage from his huge aerial attacks. 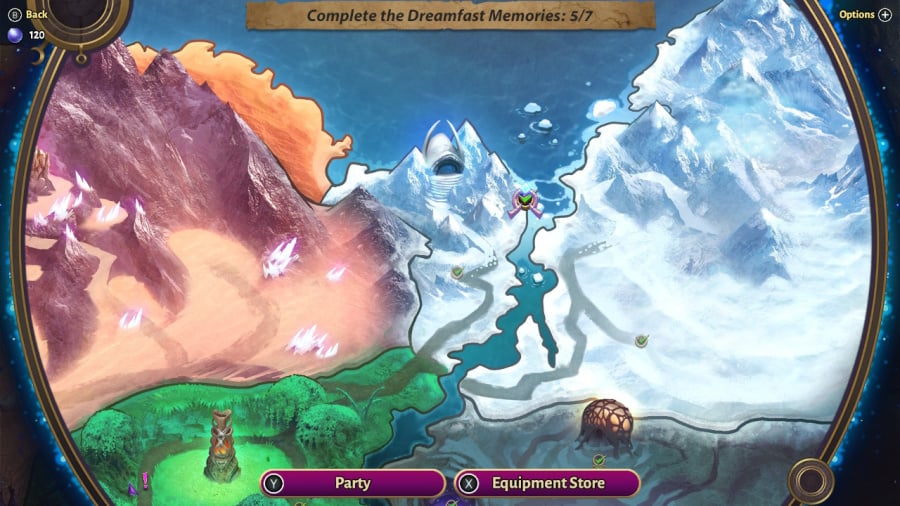 It’s in these slightly spiced-up scenarios that The Dark Crystal: Age of Resistance is at its strongest as, for the rest of its running time, it’s a somewhat bland and at times simple tactical effort that, whilst fun enough for the most part, doesn’t have enough in the way of really special strategic moments against which you can test your skills. The game also fails to really provide you with any truly satisfying stackable moves that enable you to put a bunch of team-based combos together – stuff like setting up an enemy with one character to get absolutely wasted by the next one who gets a turn. Sure, you can mark up enemies for other members of your party to deal bigger damage to and soften them up with poisons and debuffs, but beyond this there’s nothing much more inventive happening; no great big flashy combos to get really excited about.

With regards to the terrain you encounter, too, while you’ll receive a bonus to your attacks if striking from higher ground, there’s the odd boulder to roll on top of enemies here and there and one or two levels allow you to push your foes into poisonous scenery, there’s no huge effort to really utilise the surroundings in exciting ways – which is a shame, given the rich and fully-realised world from which this game is pulling.

This general lack of excitement also feeds right into the presentation, and, although the world map is nice and it’s certainly a novelty to see the world of The Dark Crystal represented in video game form, the whole thing comes a cross a little lacking and uninspired. This is a franchise known for its unbelievable puppetry and magical presentation – Age of Resistance in particular is a staggeringly beautiful TV series – but none of that is really carried over here. Characters are quite pixelated in handheld mode – they do fare better whilst docked – and although they certainly look like their TV counterparts, they’re pretty bland and lacking in detail, as too are all of the various low level enemies and Skeksis you’ll encounter. The game is also totally lacking in any voice-acting, which is a bit of a shame as even recorded excerpts from the movie or show would have really helped give the presentation a lift. 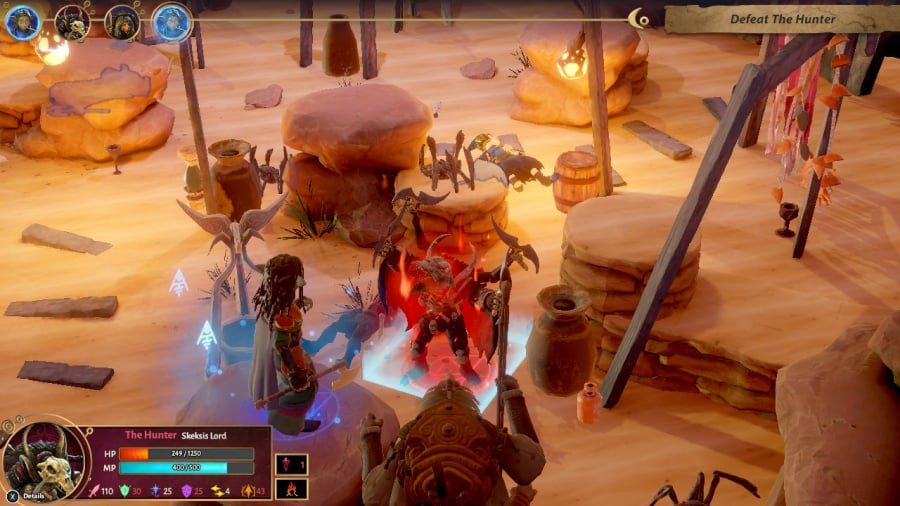 However, having said all that, this is still a pretty solid little tactics title. There are three difficulties to battle through the campaign on which can be changed on the fly – note, there are no other modes beyond the main story here – and it took us a good eight-to-ten hours to blast our way through everything the game had to offer, including optional battle scenarios which open up in order to give you somewhere to level up your team if you’re bouncing off a big fight. Not bad for a game that’s really quite reasonably priced, and we can totally see fans of the franchise and tactics fiends who are ready for another slice of top-down strategy action greedily gobbling this one up without having too much to complain about.

The Dark Crystal: Age of Resistance Tactics is a pretty solid, if wholly unspectacular little tactical title. It does a decent job of incorporating events and characters from Netflix’s spectacular TV series (and the 1982 classic movie on which it is based) into its gameplay, and fans of the franchise – as well as folk who simply can’t get enough of this genre – will certainly find something to enjoy here, especially for the pretty reasonable asking price. In terms of presentation, we would have liked to see something more befitting of the spectacular source material and a few more flashy combos and opportunities to set your team up to blow enemies off the screen in style would have been nice. Overall, however, for such a strange (and somewhat late arriving) TV tie-in, this one really is quite a bit better than we expected it to be. Feel free to add one to the score below if you’re a huge Dark Crystal fiend.