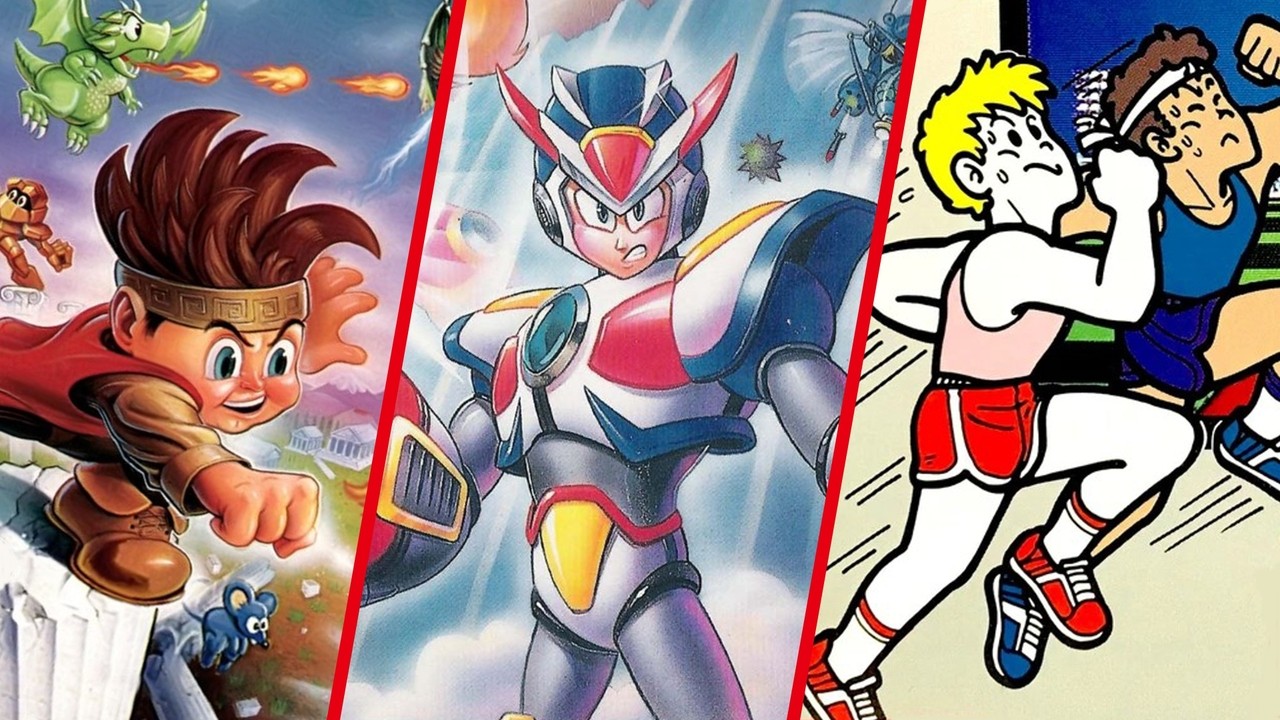 Make no mistake, we’ve got endless love for chunky plastic cartridges and proper printed manuals (remember those?), but the convenience of digital games is hard to deny and over the last decade or so digital distribution has taken off to the point where often physical versions aren’t even an option these days. Whether we like it or not, there will come a point when physical discs and cartridges simply aren’t manufactured anymore.

We’ve still got the classics on the shelf, though. We discussed yesterday how our most treasured items often aren’t worth much, but a mint copy of Majora’s Mask is nothing compared to the truly eye-watering prices some retro games can fetch and with each passing year it’s getting harder and harder to reclaim childhood favourites at reasonable prices.

To make ourselves feel better (or should that be worse?) we’ve gathered below a dozen of the priciest games you can buy for Nintendo hardware today. The older they are, the more expensive they get (obviously), so you’ll find plenty of NES games below, but anything that originally came in a fragile cardboard box will invariably fetch more than the plastic equivalent.

To avoid a rabbit hole of test cartridges, prototypes and special carts manufactured in very limited amounts for contests and such, we’ve stuck to good old fashion full retail titles here – games you could have bought for $60 when they released originally, if you only knew. We’ve also eliminated Limited Editions and stuck to officially licensed games, so you won’t find any of the naughty adult-only titles sold in special stores or via mail order, either.

To find out the most expensive Nintendo games going Price Charting was an invaluable resource and provided nearly all the figures below, with the CIB figure coming from the last documented copy sold on eBay. These games are presented in no particular order because prices are constantly fluctuating and estimates are just that – estimates.

So, let’s move over from the cheap shelving to the locked cabinet, press our collective noses to the glass and look longingly at rarities we’ll likely never get our grubby hands on… 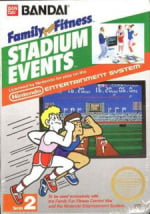 Ah yes. We kick things off with an obvious one that has taken on near-mythical status. There’s always the hope that a distant relative will gift you their old NES collection and this will be nestled, pristine, in the collection. Developed to use with the Family Fun Fitness Mat (better known as the Power Pad), the game was recalled by Nintendo in the US after the company bought the mat from Bandai and rebranded both it and the game, which meant very few copies remained in the wild. The PAL version wasn’t recalled, however, and can be found – especially PAL B – comparatively cheap for under a 1000€. Bargain!

Developed and published by Atlus for Game Boy in 1991, you control the titular Spud and climb a tower gaining XP and keys to move ever upwards and save a tomato Princess. It sounds like a winner, but this game’s scarcity has pushed prices right up over the years, with several examples on eBay at the moment with asking prices of well over $3000.

A 1994 action-platformer in the Ninja Gaiden mould, CAProductions’ Hagane: The Final Conflict offers ninja cyborg action and is something of a cult classic, not least because of the rarity of the original cart. It arrived in North America in 1995 as the Super NES was winding down, and its rudimentary graphics probably didn’t attract gamers at the time. If you did see through all those phoney next-gen polygons being thrown your way in ads, well done! You’re sitting on a small, cartridge-shaped goldmine.

With an already limited production run thanks to the pricey 32MB cartridge it came on, Shantae for Game Boy Color also released after the launch of the Game Boy Advance and consequently didn’t sell as well as it could (or should) have. For some unclear reason publisher Capcom sat on the finished game for months, but fortunately WayForward would take the protagonist on to even greater heights in what became an excellent platforming series.

The PAL version of Mega Man X3 on Super NES has been sold for over $2000 in the last year, although the latest sale at the time of writing is a far more sensible $1689.68. Why not get two, eh?

With Mega Man X Legacy Collection available on Switch, you’ve got to be super dedicated to shell out for an original cart. It was released late in the console’s life cycle as Capcom was winding down its 16-bit projects, which explains its limited availability. Definitely one we wish we had snapped up at the time.

Complete copies of SNES shmup Aero Fighters (or Sonic Wings, if you prefer) have fluctuated over the past few years, with examples selling as ‘low’ as $400 and as high as $2700 depending on condition. It’s a reminder to collectors not to be over-eager or hung up on the limited ‘supply’ of these games. It’s important to remember that ‘demand’ isn’t necessarily high as well and bargains can be had if you’re patient.

Bargains like $415 for a worn out Aero Fighters cart, for example. Plus postage. 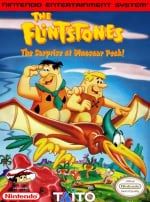 Some say this was another Blockbuster rental exclusive, others say it was a normal retail game sold like any other. Regardless, there weren’t many copies made and getting your hands on one today will likely involve selling off non-essential organs or vital parts of your vehicle. Still, Fred never needed an engine in his car, did he?

Separately these games aren’t too pricey, but this combined cart is a real rarity because it was only available as a pack-in title with the Exertainment exercise bike peripheral itself. We’d be satisfied to have the two individual games and still call our SNES collection ‘complete’. We would, of course, be lying to ourselves and everyone else, though. Therefore, this is essential. 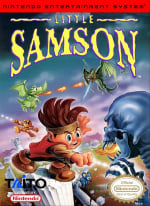 A Taito-published game for NES, Little Samson just didn’t sell very well back in 1992 despite being a rather excellent platformer from producer and writer Shinichi Yoshimoto who had previously designed Capcom classics such as Ghouls ‘n Ghosts and Strider. With the ability to switch between four playable characters at will, it’s a cracking little game and worth tracking down if you’ve got a few grand eating a hole in your pocket.

Very specifically the 5-screw variant. If you’re unfamiliar with the difference between the 3-screw and 5-screw cartridges, it’s not too hard to educate oneself. The 5-screw version has two extra screws holding the front and back of the cartridge together, you see.

This may seem like a minor cosmetic difference (because it is), but the 5-screw cartridges were phased out by Nintendo in 1988 with subsequent games (and reissues) using only the 3-screw casing, so the extra secure carts are more sought after. Mike Tyson’s Punch-Out!! is already hard to come by after Nintendo replaced the titular boxer with Mr. Dream (pictured above), and the version with two extra screws is the rarest 5-screw cart there is. A loose specimen sold in November last year for a cool $800 and a CIB version hasn’t turned up in a long time.

A updated version of notoriously rubbish (although not quite as rubbish as its reputation suggests) fighter Clayfighter 63 1/3, the ‘special’ Sculptor’s Cut was a Blockbuster Video exclusive available for rental only. However, once N64 titles were no longer of interest to the average kid renting a game, the stock was sold off like any other retail release.

Limited production numbers aside, the real thing that bumps this game up in price is the rarity of its box and manual. Cardboard cases wear out fast, so it’s easy to imagine these ones disintegrating rapidly as they changed hands from one punter to another. Consequently, the peripheral materials command a much higher price than the loose cartridge itself.

No, not your dog-eared copy with notes in the manual. Despite being one of the most popular games of all time, mint examples of Super Mario Bros. aren’t easy to come by and last year a pristine and certified copy sold at auction breaking the six-figure mark for the first time ever for a single video game.

It wasn’t quite a standard copy, though – it was a rare ‘sticker-sealed’ version. Apparently only two copies were sold with just stickers sealing the box (the others were wrapped in plastic) which is what pushed this one’s value into the stratosphere.

Of course, it’s entirely possible to pick up Super Mario Bros. in reasonable condition for a fraction of that price, but ‘reasonable condition’ isn’t sexy, is it? ‘Pristine’, ‘untouched’, ‘A+++’, ‘never-opened’, ‘minty-fresh’, ‘sticker-sealed’ – these are just some of the adjectives that true collectors prize, and if you’re after the other sticker-sealed copy of SMB, you’ll need very deep pockets indeed.

And there you have it – a dozen of the priciest games for Nintendo obsessives like us to throw their cash at. Just bubbling under was Virtual Bowling for Virtual Boy; hardly the most in-demand game (or console), for sure, although the Virtual Boy always had an allure for us, maybe because us Europeans never had the migraine-inducing pleasure back in the day. We liked the game in our review, although $1300 might be pushing it.

Got any of these sitting in the cupboard? Planning on picking any of them up? Let us know your most valuable games and how you got your mitts on them below.