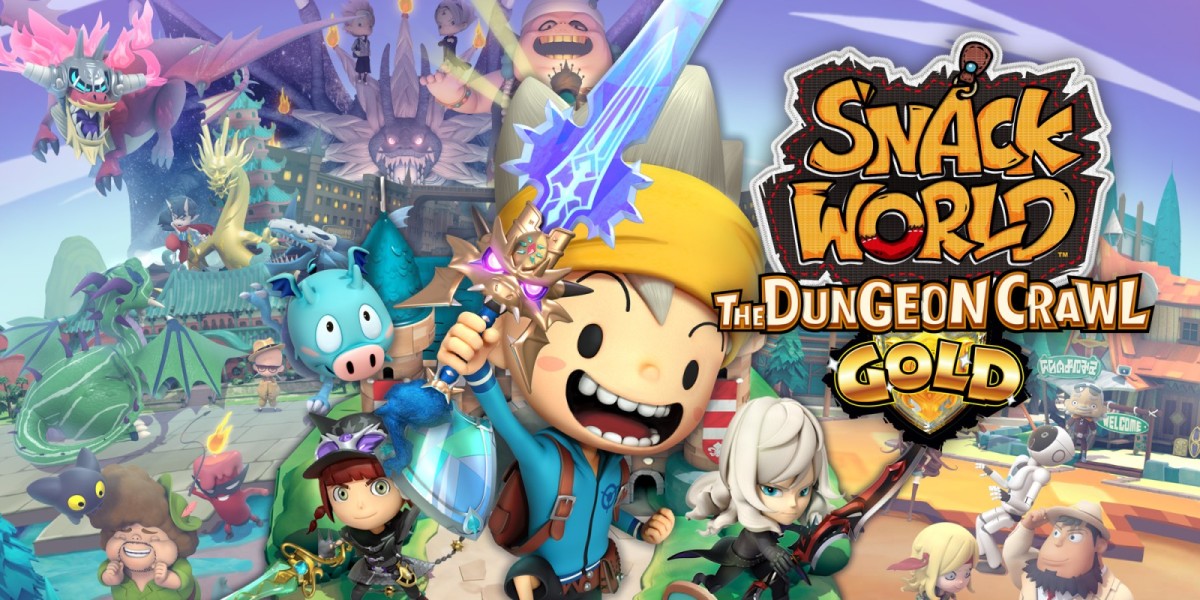 As is often the case, Japanese gamers are treated to a somewhat more eclectic collection of lesser-known franchises than the West are acquainted with. In this case, it’s LEVEL-5’s The Snack World franchise which originally launched on Nintendo 3DS back in 2017. After calls for it to be localised, the Nintendo Switch version is hitting stores 14th February and it promises to bring with it all the DLC that’s since been released for Japanese players.

We’re only able to talk about the first portion of the game but, in the six (or so) hours of gameplay, we’ve played enough to get a decent feel for this cheerful roguelike dungeon crawler. We won’t spoil anything for you, though, and we’ll keep details about the story, unlockables and hidden treasures to a minimum.

Snack World: The Dungeon Crawl – GOLD is set in a hyper-casual fantasy world. The main hub is your classic town with residents to speak to, items to buy and buildings to have a snoop around. You’re placed into a bustling location with very little memory, and are very quickly roped into helping the residents – and royals – to complete quests as their new-found adventurer. Your chibi-like avatar is customisable from the start with different hairstyles, battle cries and stature all being made available to tinker with from the get-go. At this point, it doesn’t make much difference to the story or outcomes, but it’s a nice addition to have.

Things are (rather unsurprisingly) linear when you start out on your adventure, but by talking to some of the folk in town and exploring the corners of ‘Tutti-Frutti’ (the hub), we quickly gathered enough experience to blast through the training and conquer some fetch quests. Aside from the cutesy visuals and quirky characters, this title doesn’t take itself seriously. The ‘fourth wall’ is constantly broken and the characters you interact with play along with the jokes too. Things do ease up further on with the focus turning to fine-tuning battle techniques, exploration and customisation.

Snack World follows a pretty simple premise. You have the main story quest; this is predominantly more challenging than the additional quests on offer. Completing the Fetch, Recon and Bounty quests out in the field away from the dungeons will gain you more ‘XP’ which, in turn, ensures a slightly smoother ride when it comes to dungeon crawling. There’s a useful indicator on each quest to show you how promising your chances are in completing the chosen task, but we found ourselves gambling more often than not; sometimes it paid off with a ton of treasure awarded at the end. 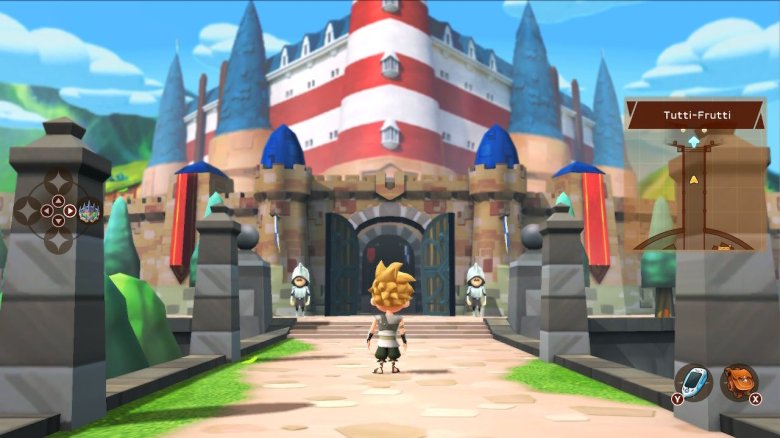 The field and dungeon locations aren’t just used once: different missions require various items to be collected or enemies defeated but the game sets out interesting scenarios each time. Some encounters are outlandish and feel like fillers, but the extra HP is welcomed regardless. Plus, the addition of randomly generated dungeons keeps things fresh. Each location houses different types of enemies and, yes, elemental foes are aplenty here. It’s yet to be seen if there are elemental weapons to gain, but having access to some long and short-ranged weapons creates some surprisingly well-thought-out strategies when approaching a pack of enemies.

Speaking of strategy, your item slots are limited and you have to choose carefully what you’re going to take into battle as your set-up cannot be altered once you’ve embarked. These slots are called Jora’s and getting the right mix of defence and offence is critical if you want to make it out of the quest alive. Creatures to aide you in battle are crucial to survival too. Aptly named Party Snacks, these little critters come in all different shapes and sizes. Some are there to support via healing, others can rush into battle on your behalf, giving you the upper hand to flank the enemy. As this isn’t a turn-based affair, having the right Party Snack that works well with your fighting style is something that took a while to adjust to as they attack automatically; we stuck with the same one for the majority of the playthrough, but it’s intriguing to see what other party strategies are on offer later on.

With a seemingly simple approach to story-telling and a battle system that’s shallow on the outside but rather the opposite on the inside, Snack World: The Dungeon Crawl – Gold is shaping up to be another showcase of the classic, zany video game design that Level-5 is renowned for. Its light-hearted script, juxtapositioned against what is turning out to be a fairly challenging title, is keeping us gripped so far and with the inclusion of online play, it’s looking to be another promising package. The game boasts friendly visuals which may give the wrong impression but rest assured, we have a formidable and relevant roguelike in front of us – and it should not be underestimated.

A copy of Snack World: The Dungeon Crawl – Gold for preview purposes was provided by Nintendo UK. A full review of the game will be published in due course.