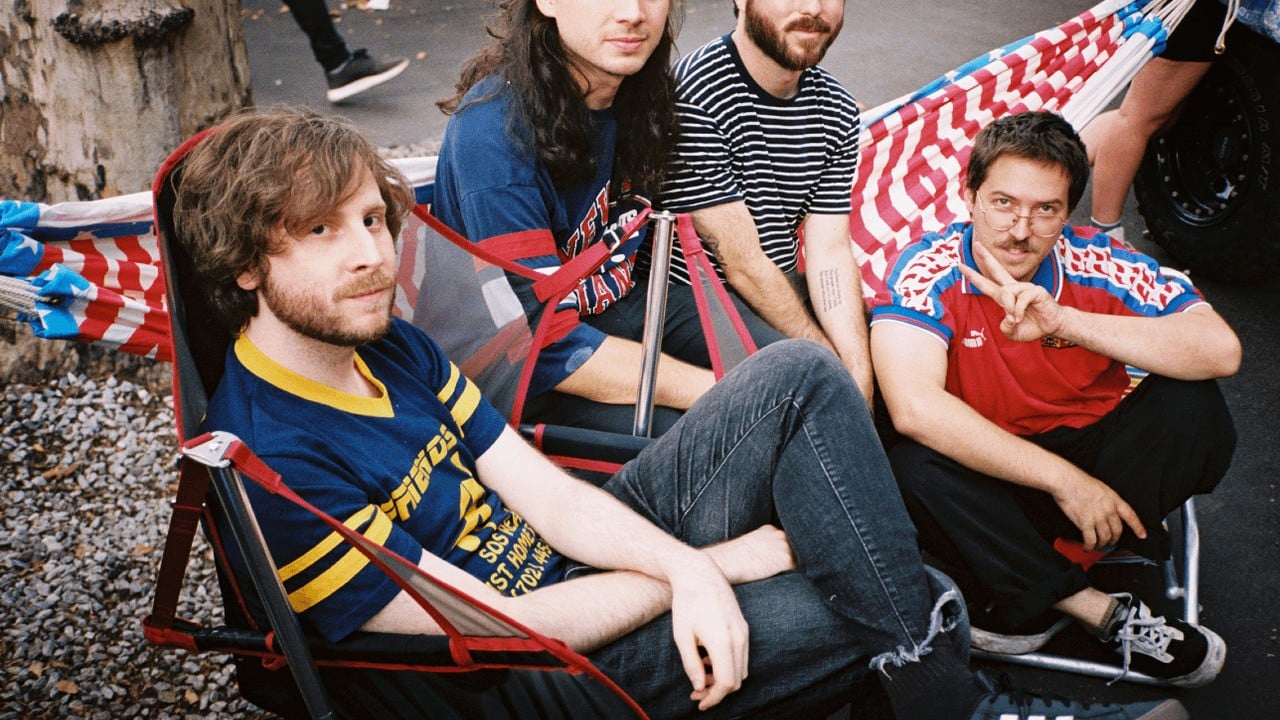 Almost anyone can hum the original NES theme of Super Mario Bros., but if you asked them what genre of music it fell into, most probably wouldn’t know what to say. Sure, one could just describe it as video game music, but it could also be described as chiptune. The word chiptune is used to describe an entire genre of music that is made using the sound chips found in old, outdated hardware like an original NES or Game Boy. And if you’re familiar with the Chiptune genre, you’re probably also familiar with the band that helped pioneer it, Anamanaguchi.

For those in the dark, Anamanaguchi is a four-piece electronic pop/rock band hailing from New York and Los Angeles that found its roots in chiptune. They’ve been releasing music continuously since 2006 and after giving it a few years to bake in the oven, they recently released their latest full-length album, [USA].

We were fortunate enough to chat with their members Peter Burkman and Luke Silas about the creation of the album, their roots as a band, and of course, Super Smash Bros. Ultimate.

Nintendo Life: What got each of you interested in making music, and how did you come together as a band?

Peter: Every one of us comes from a family that made music a big part of their lives. My dad taught me how to play guitar, and my mom’s dad was a pianist and bandleader – I grew up singing every weekend in Church and every week in a particularly well-funded public school. MTV and video games probably also played a huge role too, personally.

Luke: Both my parents are singers, pianists, and songwriters that brought music into my life from the very beginning; I tried a lot of instruments and found the most joy in playing drums, which created an interest in other forms of percussion, and eventually to the music school in which I spent 4 years!

I spent lots of time playing video games, and found immense love for both the sound palette and the compositions of lots of games. I learned about chiptune in 2005, started working with lo-bit sounds in 2006 (the same year I found out about Anamanaguchi), sent them a myspace message in late 2007 asking if they needed a new drummer, and officially joined the band a few months later in early 2008!

Nintendo Life: Back in the day, you sort of built a name for yourselves by layering real guitar and drums overtop digital chiptune melodies produced with hacked retro systems. We understand Mario Paint is quite the musical tool in itself (totally a joke, but seriously!) but you’re doing so much more with the hardware than that. How do you incorporate a gaming system into your writing process?

Peter: We used to be the only band with a computer on stage, and now we’re the only act with drums and guitars!

For us recently there’s less direct sound chip stuff, but incorporated in more intentional moments. But all the digital music is ‘real’ too, of course. What makes chiptune special is that the hardware it’s written on is the hardware it’s performed on… with the sound chip, there is no process of “emulation”; I suppose that is what people mean when they say “real”. A song will begin on either the computer software or the guitar, and it’ll be a mix in between for each part. [USA] was mostly computer, though.

Using hardware can really help to develop a sense of how far an element can go, and learning how to tastefully develop a piece of work around a simple concept or focal point

Luke: I would say at this point the concepts present in writing chip music are more a part of our style than the sounds themselves; writing with hardware encourages lots of attention to detail, very deliberate arrangement, making the most out of very little, finding the special/cool sounds or moments and learning how to recreate them perfectly by controlling your instrument, or Game Boy, or DAW, or guitar, or whatever you end up making sound with. Using hardware can really help to develop a sense of how far an element can go, and learning how to tastefully develop a piece of work around a simple concept or focal point. If anything, the very deliberate nature of making art this way has helped to inform our process a lot, especially in the making of [USA].

Nintendo Life: You just released your latest album, [USA], back in October and it’s an absolute treasure from beginning to end. You’ve been working on this behind the scenes for a while, so how does it feel to finally have it out in the wild?

Peter: It definitely feels exciting to have [USA] out. It’s like we’ve spent a while raising a child and it’s going out to the first day of school, where we’ll have much less control over how it is shaped and what it means.

Luke: Thank you so much!! It still feels surreal to be able to say “it’s out now”, if only because of the huge stretch of time in which it only existed in our brains, and scattered across a few hard drives. It’s really fulfilling to know that we made the album we wanted to, and that it is actually extant lol.

Nintendo Life: Your song, Sunset By Plane, fits the mood of the track perfectly. Is there a story behind how it found its name?

Luke: “Sunset By Plane” started as a song I wrote for my partner at the time; I used to make little loops to send to them while we were living on opposite ends of the country, and I made one that ended up being put in my room in our game Capsule Silence XXIV. I started messing with it one day and started a fast version that ended up feeling very impactful to me! The name was originally “sweet sunset” as a quick title, but as I started to work on lyrics a little bit with the song’s vocalist Caroline Lufkin, it became less about the distance and more about the personal efforts and longings attached to the distance and the life that comes with leaving part of yourself somewhere else. The sunsets on those plane rides are just as important as the sunsets you share with someone, if only because they are all part of the same emotional experience!

Nintendo Life: What inspires you to constantly innovate?

Luke: I am never ever aiming to “innovate!” Only to learn more about the things that excite me, and then I just try to make art that is exciting to me!

Nintendo Life: In 2014, Scott Pilgrim vs. the World: The Game was delisted from PSN and Xbox Live, leaving the game unavailable for anyone who wants to play it today, (unless you still have a system hanging around with it downloaded.) The backbone of your music was built around the idea of taking outdated, physical hardware and making something new with it. So with Scott Pilgrim never being treated to a physical release, how does it make you feel to know it’s sort of, been wiped from the face of the earth, playable only to a select few?

Nintendo Life: If you were given the opportunity to work on a video game soundtrack again, but had your pick of the entire litter, what would you love to write for?

Peter: I’d really love to work on some more game music. I’d particularly love to do something with a story… nothing comes to mind now. I know Ary really wants to be in the next GTA! 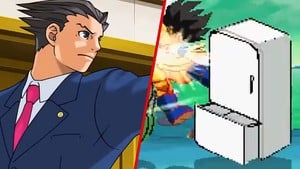 Luke: I would love to write for an RPG with a rich and deep story! That kind of worldbuilding is incredible fun, and creating environments with music is lots of fun.

Nintendo Life: We’ve heard you (Pete and Luke especially) play a lot of Smash. Each of you can only pick one, but what are your dream fighters for Super Smash Bros. Ultimate?

We’d like to thank Peter and Luke for taking the time to answer our questions. Anamanaguchi is currently on tour promoting their latest album [USA], which you can stream on almost any platform or can purchase a physical copy here. Be sure to let us know what you think in the comments below.