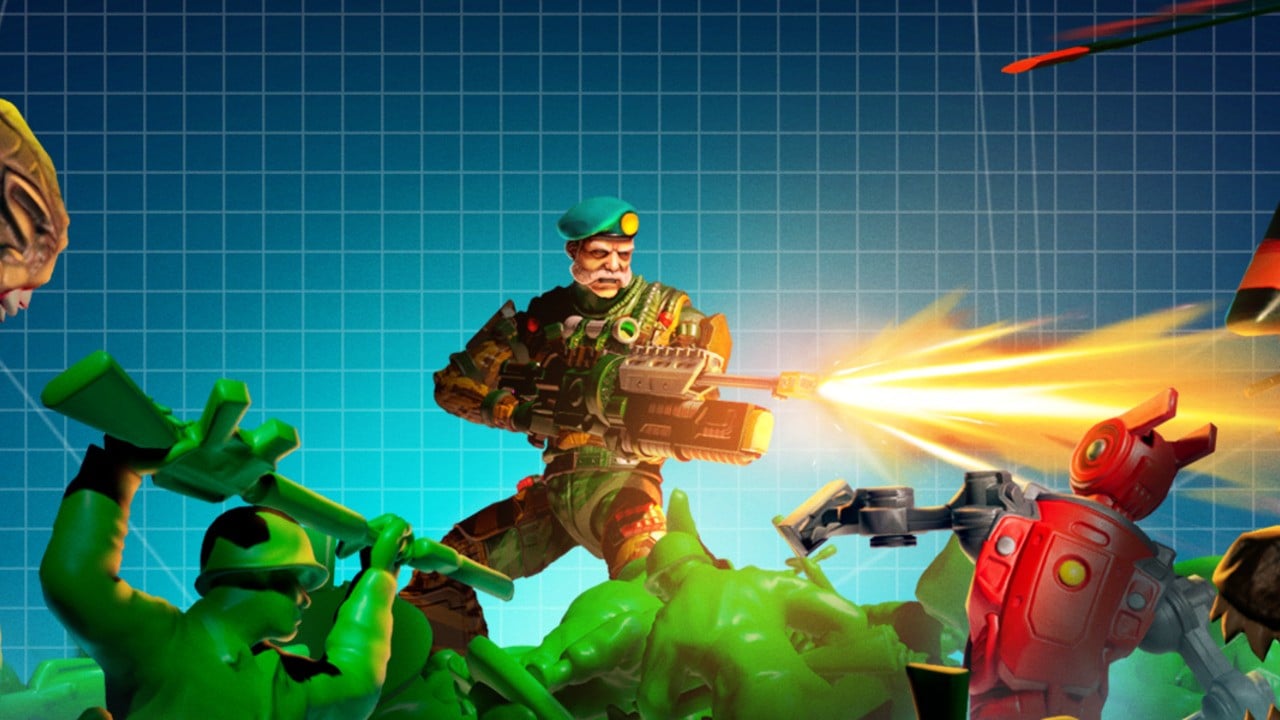 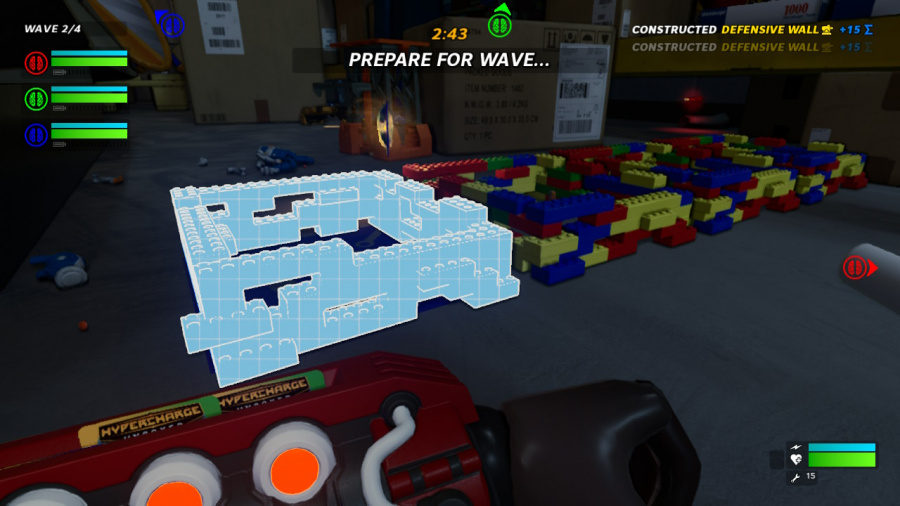 The Switch’s ever-expanding library of games is slowly but surely bringing more and more FPS titles into the fold. Juggernauts like Overwatch and Alien: Isolation rule the roost, but there’s definitely a conspicuous gap in the market for a true co-op FPS game, and that’s where Hypercharge: Unboxed comes in. Channeling the spirits of Toy Story and Small Soldiers, Digital Cybercherrie’s sophomore title sees you fight off wave after wave of enemies in a bid to protect toy-kind from being forgotten by their human owners.

Taking place within a typical suburban household, you’ll be exploring bedrooms, bathrooms, gardens and more. This might sound a bit mundane, but in practice, the stages look pretty remarkable. You play as a 5-inch tall toy soldier, so naturally everything else around you looks absolutely massive in comparison; you’ll be jumping on top of toilet bowls, sprinting across desktops and diving off the edge of a vast bookcase. 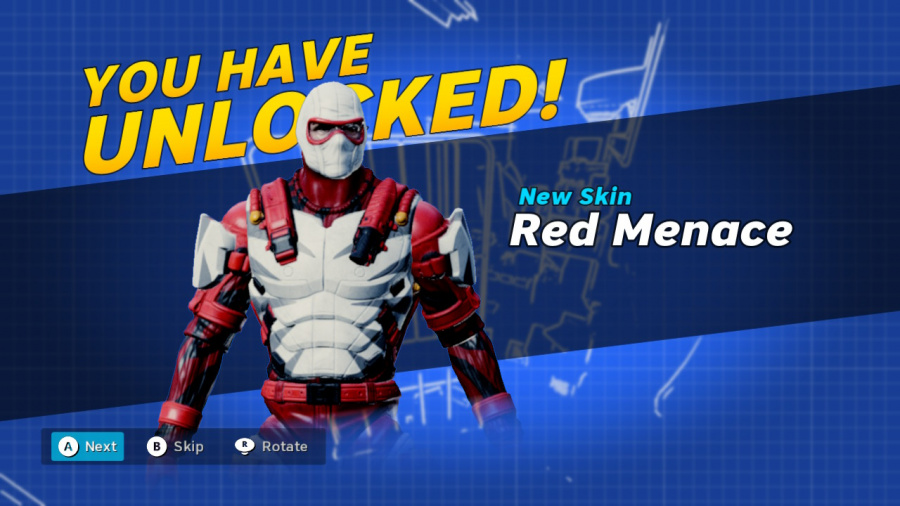 What’s even more impressive is that the game actually looks pretty incredible, too. Opting for style over realism, you get a real sense that you’re taking part in a CGI movie, and the framerate stays at a solid 30FPS at all times. It’s a shame they couldn’t have pushed for higher, but we certainly appreciate the efforts to keep the gameplay at a level pace. The lighting effects are also really nice, with plenty of variety from sunsets leaking through window blinds to cold light from a computer monitor illuminating tabletops.

With the ability to play on your own or with friends locally and online, you’ll need to protect what the game calls ‘hyper-core’ systems dotted around the maps. The waves of enemies naturally gravitate towards these, and it’s up to you and your comrades to defend them. Along with standard weaponry, you’ll be able to construct fortifications between waves with Build Mode, utilising coins picked up during gameplay to purchase more effective blockades. As you progress, the waves get more and more intense, with a definite increase in both enemy numbers and variety.

The first thing you’ll want to do upon booting up the game is change the default button layout. A rather bizarre decision was made to map the sprint and jump abilities to L and R respectively, which quite frankly feels completely unnatural. Thankfully, whilst there are only two button layouts available, the alternative is much better (and of course, you’ll want to invert the Y-axis, since everyone knows that’s how FPS games should be played…). 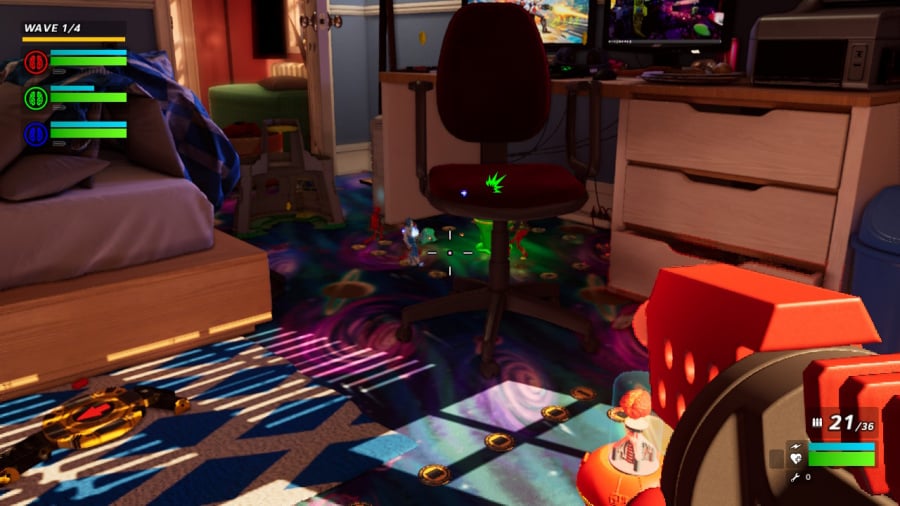 There’s plenty of opportunity within the game to customise and enhance your characters as you progress. You can pick up gun upgrades within the maps themselves – provided you have enough coins – and be rewarded with more permanent upgrades to your armour and fortifications as you work your way through the stages. The games doesn’t immediately make any of this particularly clear, as there’s a distinct lack of any tutorial to start your off, but we’ve been assured that this will be patched in by the devs at a later date.

There are a few key areas where the game falls down a bit, unfortunately. The overall gameplay is great for the most part (and the inclusion of gyro aiming is very welcome), but jumping up obstacles can often prove to be a bit tricky. Taking cues from more modern FPS titles, you can scale up objects by tapping the jump button again, but doing this often causes you to mistakenly jump too many times, resulting in you accidentally leaping off the object you tried to climb in the first place.

Additionally, and perhaps more crucially, there’s never a real sense of danger in the game. There are plenty of tense moments when you’ll need to really scramble to defeat the attacking forces, but they’ll rarely actually attack you, so you can more or less wander around without much fear of dying. 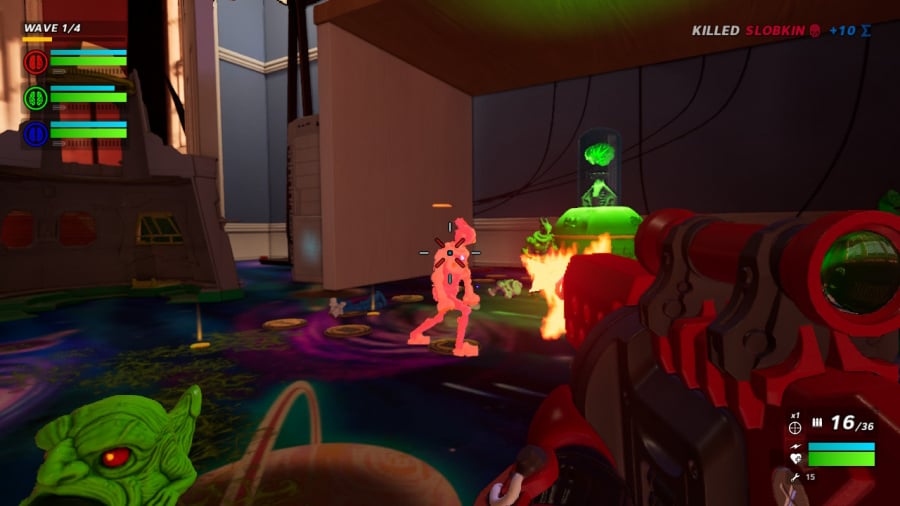 On the flip side though, considering it’s more-than-reasonable price, Hypercharge: Unboxed is a neat introduction to the world of co-op FPS action. There’s more than enough here to keep you occupied for hours on end, provided you have like-minded friends who can join you. If you’re looking to play on your own, however, then you’re best off looking elsewhere.

If you consider the fairly sparse selection of FPS titles on the Switch, Hypercharge: Unboxed is a genuinely tempting prospect, boasting solid gameplay that is an absolute blast with friends. There are a few issues with the gameplay that may need addressing with patches, and as a whole the game feels like a bit of a walk in the park for the most part, but otherwise it’s an impressive, unique title that you’d do well to check out.