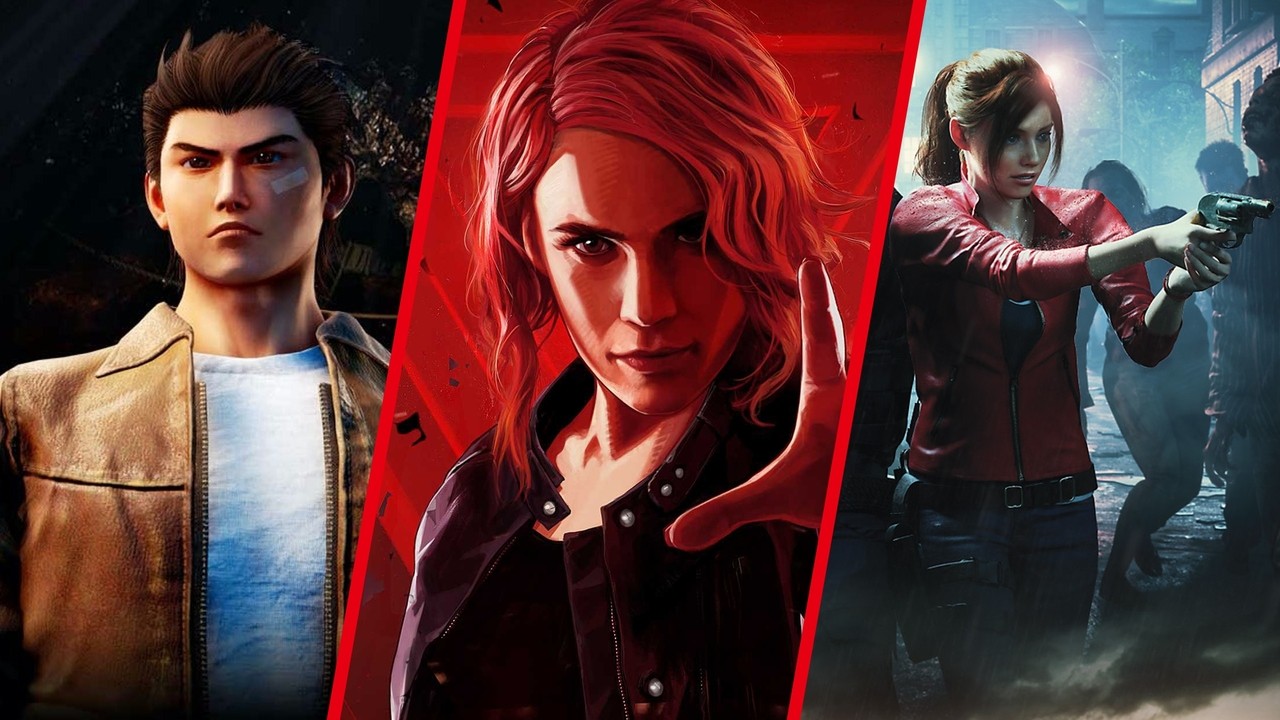 Last year we let our imaginations run wild and picked 30 third-party ports we’d like to see come to Switch. Despite our wishes, Cuphead still surprised us when it arrived on Switch with Microsoft’s blessing (along with Ori And The Blind Forest later in the year), but there are still a large number of games – some of them far more obvious candidates for Switch ports – that have yet to materialise. Nintendo itself will no-doubt continue bringing last-gen Wii U titles to Switch, but there is plenty of room for more third-party treasures on Nintendo’s handheld if they’re up to the standard we witnessed last year.

The release of Witcher 3 last October, in particular, has proven that Switch can handle vast, beastly games admirably when given the appropriate care and attention (and some obvious caveats when it comes to resolution and visual fidelity). Thanks to developers like Saber, Feral Interactive, Panic Button and Virtuos, we’ve seen a bevy of brilliant ports and there’s no reason for them to stop in 2020.

So, Team NL has put its heads together and come up with the following ten titles we’d really like to see make the jump to Switch in 2020. Most are third-party games, although we’ve snuck a cheeky first-party title on the end, too. We’ve also included a trailer for each one to give Switch-only gamers a taste of what they’ve been missing.

Switch gamers managed to sidestep the epic Game Name Confusion of 2019 thanks to Outer Wilds not getting released on the platform and the Switch version of The Outer Worlds getting pushed to Q1 2020.

While the latter is an RPG from Obsidian Entertainment in the mould of Fallout: New Vegas which will very soon be landing on Switch courtesy of Virtuos, the former (Outer Wilds) is a mysterious space-based open-world(s) FPS involving a repeating 22-minute time loop which brings to mind the similar cycle found in The Legend of Zelda: Majora’s Mask. Made by small team Mobius and published by Annapurna Interactive, we’ve had our eye on it for a while and we’re itching for an announcement.

Well, Outer Wilds was built in Unity and its stylised art and lonely exploration would make it a perfect fit for Switch. We love a good spot of space exploration and existential ennui. Make it so, Mobius.

A returner from the year before last, we’d still very much like to see Platinum Games’ award-winning RPG come to Switch at some point. The recent news of a cash injection from Tencent perhaps offers hope that the bandwidth might become available at Platinum to make a Switch version a reality – something that the game’s director Yoko Taro has expressed a desire for, but that may be wishful thinking. The game suffered from technical hitches at launch and would require some serious work to get running on Switch.

Well, we’ve seen some stunning ports and there’s no reason NieR: Automata couldn’t make its way to Switch given the appropriate attention. The real question is if Platinum has the time and inclination to devote to such a project. Fingers crossed, still.

Despite our supreme confidence that Persona 5 would be heading to Switch, it has failed to materialise. PS4 is getting an updated version known as Persona 5 Royal with extra content, but that too is skipping Switch. We are receiving Persona 5 Scramble: The Phantom Strikers, a Musou crossover which looks great, but the original stylish RPG is AWOL on Switch. Remember, this is a game which came out on PlayStation 3, so there’s very little doubt as to whether Nintendo’s console could ‘handle’ it. Switch has become home to a stellar lineup of JRPGs and Joker was the first DLC fighter to join Super Smash Bros. Ultimate, so Persona 5’s continued absence is baffling.

Hmm. To quote ourselves from last year: “you can bet your house on this being announced in an early 2019 Nintendo Direct.” Well, you win some, you lose some! Having lost the roof over our head 12 months ago, we’re a tad more cautious when it comes to predictions these days, but it still makes eminent sense to put Persona 5 on Switch, and we can’t think of one good reason why not. We’ll eat our hat if this one doesn’t come… to a Nintendo console at some unspecified point in the future.

There, is that vague enough to avoid us chewing our own headwear?

As regular readers of the site may have noticed, Nintendo Life blood courses through our veins but we’ve also got a healthy love for old rivals Sega, too. Yu Suzuki’s seminal Shenmue stands as a monument to unbridled ambition; a Dreamcast game from a time when anything seemed possible and the future was a clear blue sky…

We all know what happened to the Dreamcast, of course, but its untimely demise preserved it somehow in our memories, trapped in an amber of gaming optimism when Sega still made video game hardware, and Shenmue was a big part of that era. A colossal folly to some and a treasure to others, its unlikely return via a hugely successful Kickstarter campaign was cause for celebration even if you’d never played the original.

By all accounts, the third game is very much a return to the mundane mechanics, awkward dialogue and sweeping narrative of the first two, as if it was developed only a couple of years after Shenmue II rather than a decade-and-a-half later. It isn’t for everyone, then, but we’d love then chance to catch up with Ryo on-the-go.

It’s an Unreal Engine 4 game, which Switch supports, but such is its niche nature that the biggest barrier to entry is probably sales projections. It’s also worth noting that Sony helped fund development, which might complicate matters. However, Sony is more open than ever to cross-platform co-operation than ever before, so who knows.

If Sega was willing, ports of the HD versions of the first two games would be welcome, too. The last time we fired up our trusty Dreamcast the disc drive sounded like it was grinding coffee beans.

Capcom’s approach to Switch releases has been somewhat patchy. The crop of Resident Evil ports we’ve seen come to Nintendo’s console have varied in quality from ‘serviceable’ to ‘disappointing’, so expecting the company to pull a cat out of the bag and put out a sparkling port of one of this generation’s finest games (remake or not) is probably expecting too much. Resident Evil 2 was built using the same engine as Resident Evil 7 – a game which is technically available on Switch, but only in Japan and only via cloud streaming – so an awful lot of optimisation work would be necessary to get the game running acceptably on Nintendo’s handheld.

Frankly, we don’t have the confidence in Capcom to do it right. We’d be ecstatic to be proved wrong, and a fine Switch version of REmake 2 would surely sell by the shedload, but with Capcom having already moved on to remaking Resident Evil 3, it seems less likely. Still, we love surprises.