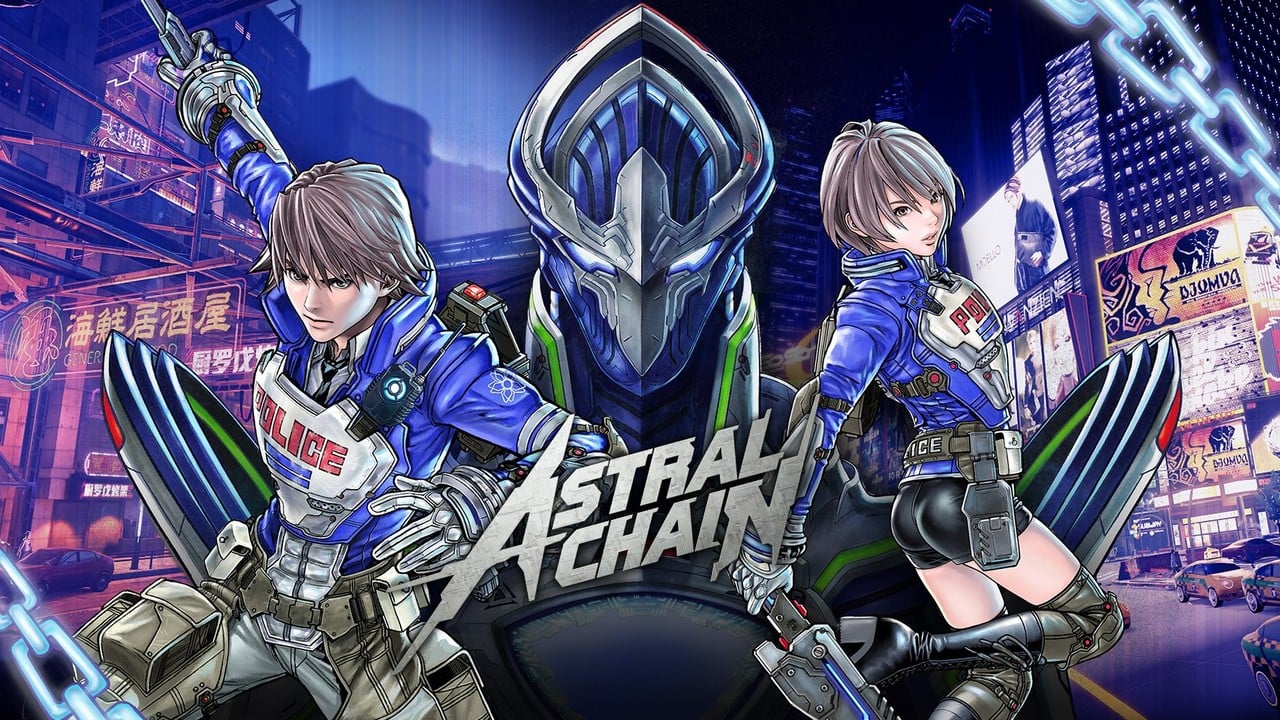 From now until the end of 2019 we’ll be celebrating the coming year by looking back and republishing some of our finest features from the past twelve months, in addition to our regular output. This article first appeared on the site back in August. Enjoy!

Although he’s a famous manga artist in Japan, there’s a good chance you’ve probably never heard of Masakazu Katsura – and if you have, it probably wasn’t until very recently. He’s the character designer for Astral Chain, the latest action title from PlatinumGames. In anticipation of Astral Chain’s release, we’re taking a tour through some of his previous work so you can become better acquainted with his output (if you’re not one of the lucky people who’s already a fan, of course).

Masakazu Katsura was born in Japan in 1962. Growing up, he was always good at drawing, though amazingly, he never wanted to be a manga artist and had little interest in the medium, preferring movies and novels. He entered a manga contest when he was in high school purely so he could raise the funds to buy a stereo with the prize money; fame was not at the forefront of his mind at that time. As it turned out, he ended up winning the award and it launched his career.

Katsura has written several original manga series that have sold millions of copies worldwide and many have been adapted into other entertainment mediums, such as anime series and live-action movies. He has even done collaborations with his good friend, Akira Toriyama, the creator of Dragon Ball and character designer for Dragon Quest and Chrono Trigger.

Grab a box of tissues and get ready to nurse those broken hearts as we take a look back at some of Katsura’s career-defining titles.

Kenta is so obsessed with superheroes that he invents his own: Wing-Man. He spends his days acting out fantasies about being Wing-Man. His wish is granted when Aoi, a princess from the dimension Podreams, is able to turn him into the hero he has created using a book called Dream Note, which (as you can probably guess) can make dreams come true. Turns she needs his help, too; Kenta, Aoi, and Kenta’s crush, Miku, must work together to save Podreams from Rimel, an evil dictator who wants to take it over using the Dream Note.

This was Katsura’s first big hit and laid the groundwork for much of his career. Wing-Man was the genesis of his unique style of storytelling, which focuses on dramatic love triangle stories for teenage boys that feature a strong comedic sci-fi or fantasy element. While the art may seem a little generic ‘80s, keep in mind he was still fine-tuning his style.

“Dateless” Yota is in love with his classmate, Moemi. The only problem is, Moemi’s in love with his super-cool best friend, Takashi. Heartbroken, Yota rents a videotape featuring a pretty girl named Ai who’s supposed to cheer him up. When Yota plays the tape on his broken VCR, Ai literally comes out of the TV and makes it her mission to comfort him and help him pursue Moemi. The only thing is, because her tape was played on a broken VCR, Ai glitches and eventually develops feelings for Yota herself.

While Video Girl Ai features a lot of sci-fi elements, the series takes a very real look at unrequited love and how people deal with it. It focuses on its well-developed characters and takes their feelings and relationships seriously. Few artists can capture the adolescent discomfort of being in love quite like Katsura can. His signature art style starts to really take shape here, and his attention to detail is jaw-dropping. His early series like Wing-Man and Video Girl Ai helped to establish tropes and templates that would be used frequently by other manga artists in subsequent “shonen” romcoms.

Karin is from 100 years in the future. She comes back in time to stop Junta from becoming the Mega-Playboy; a man who possesses DNA that makes him irresistible to women and ends up having 100 children who carry the same gene, who have another 100 children who carry the gene, eventually causing a huge overpopulation problem. Present-day Junta has a “girl allergy” which makes him vomit anytime he is aroused. The only girl who doesn’t cause this reaction is his childhood friend, Ami. Karin accidentally triggers Junta turning into the Mega-Playboy early and then devises a plan to hook him up with Ami to fix her mistake and save the future. Now that’s a plot.

DNA² is probably Katsura’s most insane (and problematic) series. At its core, it’s a love story between two childhood best friends, with healthy servings of teen drama, time travel, science fiction, action, and fan service piled on top. While it seems like many of these elements would be at odds with each other, the ability to converge them and make them all work together to create something special is a testament to Katsura’s strength as a storyteller.

Astral Chain isn’t Katsura’s first time doing character designs for a video game. He also did the designs for Love & Destroy, a Japanese-only PlayStation game released in 1999. The game was a hybrid between a third-person mech shooter and a dating sim, where the male pilot had to build a romantic relationship with the three female robot navigators between the shooter missions. Hey, it was the ‘90s.

Keeping in the realm of video games for one moment, it’s worth noting that the OVA series Iria: Zeiram the Animation – whose lead character was designed by Katsura – spawned the Super Famicom title Hyper Iria.

Shy Ichitaka is in love with his gorgeous swimsuit model classmate, Iori. He just can’t seem to tell her. While he tries to muster up the courage, his childhood friend, Itsuki, comes back from America and ends up moving in with him – and Itsuki isn’t shy about her feelings for Ichitaka.

I”s was a bit of a departure for Katsura as it contained no sci-fi or fantasy elements. It’s a straight teenage romantic comedy that didn’t have any mind-bending or unique hook. It proves that he could tell a good story without the need for alternative dimensions, time travel, or magical video stores. I”s is as true to life as a Katsura series gets.

Jin and Kouga were once childhood friends, but now they’re the rival superheroes, ZET and Alphas. They both work to protect humanity from superhuman monsters known as Players. Coming from very different backgrounds, the two have contrasting definitions of justice and what it means to be a hero.

Zetman was even more of a departure for Katsura. Instead of another teenage romantic comedy, it’s a dark and complex deconstruction of the superhero genre. It includes very mature themes and graphic violence. His love for Batman and other superheroes can be seen in many of his past works and Zetman made it obvious that Katsura had a lot to say about the genre. Though vastly different than his previous works, if you have the stomach for grittier content, Zetman doesn’t disappoint.

With his distinct art style and long history working within the science fiction genre, Katsura was the perfect choice for Astral Chain’s character design. From fantasy-infused romantic comedy to steely superhero deconstruction, there’s no doubt that he has made a name for himself in the Japanese pop culture world. His fans are already anxiously awaiting his next project, whatever that may be.