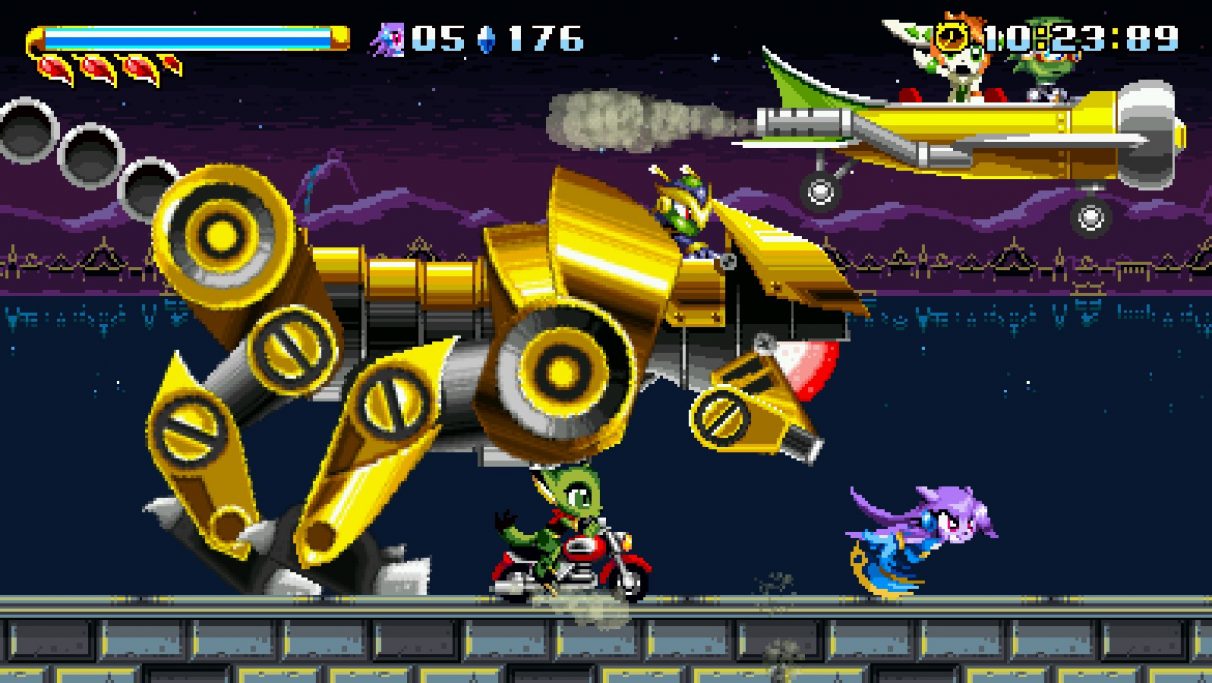 I’ve spoken in depth before about Sonic mods, and yet I’ve not uttered a word about Freedom Planet. Originally conceived as a mod, it soon became its own game in much the same spirit as the classic Sonic games. In a time when the blue hedgehog was struggling, this was a ray of speedy sunshine.

Make no mistake though, Freedom Planet is its own game with its own ideas. There are three playable characters, but Lilac is perhaps the most like Sonic – well, she has a dash to make her run at breakneck speeds, anyway. Carol is slower and scrappier, focusing a little more on combat, but she also has a cool motorbike. Milla is quite weak offensively, but her flutter jump clears tricky gaps.

Sonic levels are usually finished in a couple of minutes, but a single Freedom Planet level can take at least 10 to complete. But it captures what made 2D Sonic levels so good. The moments of speed combined with sudden, challenging platforming sections and stage gimmicks to navigate. Once you get used to the controls, Freedom Planet is an absolute blast, even if the last level gets a tad over the top with instant-killing airlocks and giant lasers.

Unlike classic Sonic, though, it has some top-notch voice acting, even including some unexpected tender moments. The discussion between Milla and Lilac to go on a “playdate” is particularly cute.