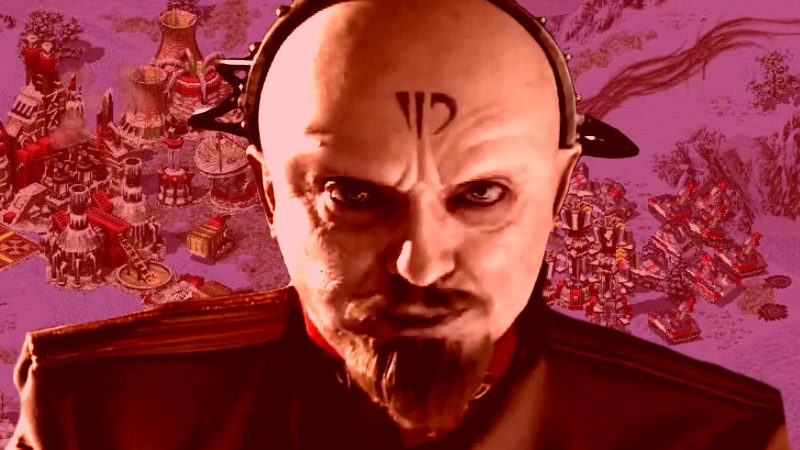 Still, whatever else it was, it was a great real-time strategy game, from the apex of that genre’s golden age, and its expansion pack, Yuri’s Revenge, was a prime example of how an add-on should work. Alongside the two established forces of the American Blue Team and the Comedy Russians, YR added a third faction: Yuri, the disgruntled ex-head of the Soviets’ secret psychic army, and his Many Angry Lads. Yuri had been binned from his old job, you see, and was now out for revenge. Yuri’s Revenge.

Now I think of it, I’m hard pressed to think of many games that took a more playful approach to unit design than Yuri’s Revenge. All the whispery baldman’s troop and vehicle types were phenomenally costly, and required vast amounts of micromanagement to use properly. But if you did use them properly, they were totally overpowered, in the most brilliantly weird ways. And this was “weird” as seen against a baseline that involved bob-dropping zeppelins and trained, submarine- hunting giant squid.

Yuri’s ordinary soldiers had no guns – but they could set buildings alight with their minds. One class of infantry were just… incredible hulks, who were immune to dogs and could flip tanks over. There were no standard planes, but there were – somehow – flying saucers that could steal money. There were cloning vats that doubled the troops you sent into them, mind control explosions, and a superweapon that turned every targeted enemy unit into an incredible hulk who was loyal to you. It was completely batshit, and I’d almost suffer through all the late nineties cringe of the rest just to play it again.