Treasure Rangers is a single-player 3D puzzle-solving action platformer launching on PS4 next Monday, in which the player switches between different characters with unique powers.

In addition to being a game developer, I am a father of three, my eldest being an eleven-year-old kid with autism. That’s why I always wanted to face the challenge of creating a fun game that includes a character with ASD (autism spectrum disorder). If you embrace the differences and value diversity, then you are ready to join the Treasure Rangers!

Something strange is happening in the neighborhood — big holes are appearing everywhere. This is a mystery for the Treasure Rangers to solve! Surprisingly enough, when they go through the holes and into the caves, they obtain superpowers thanks to an ancient energy beneath!

Now it’s time to introduce the heroes of the gang. 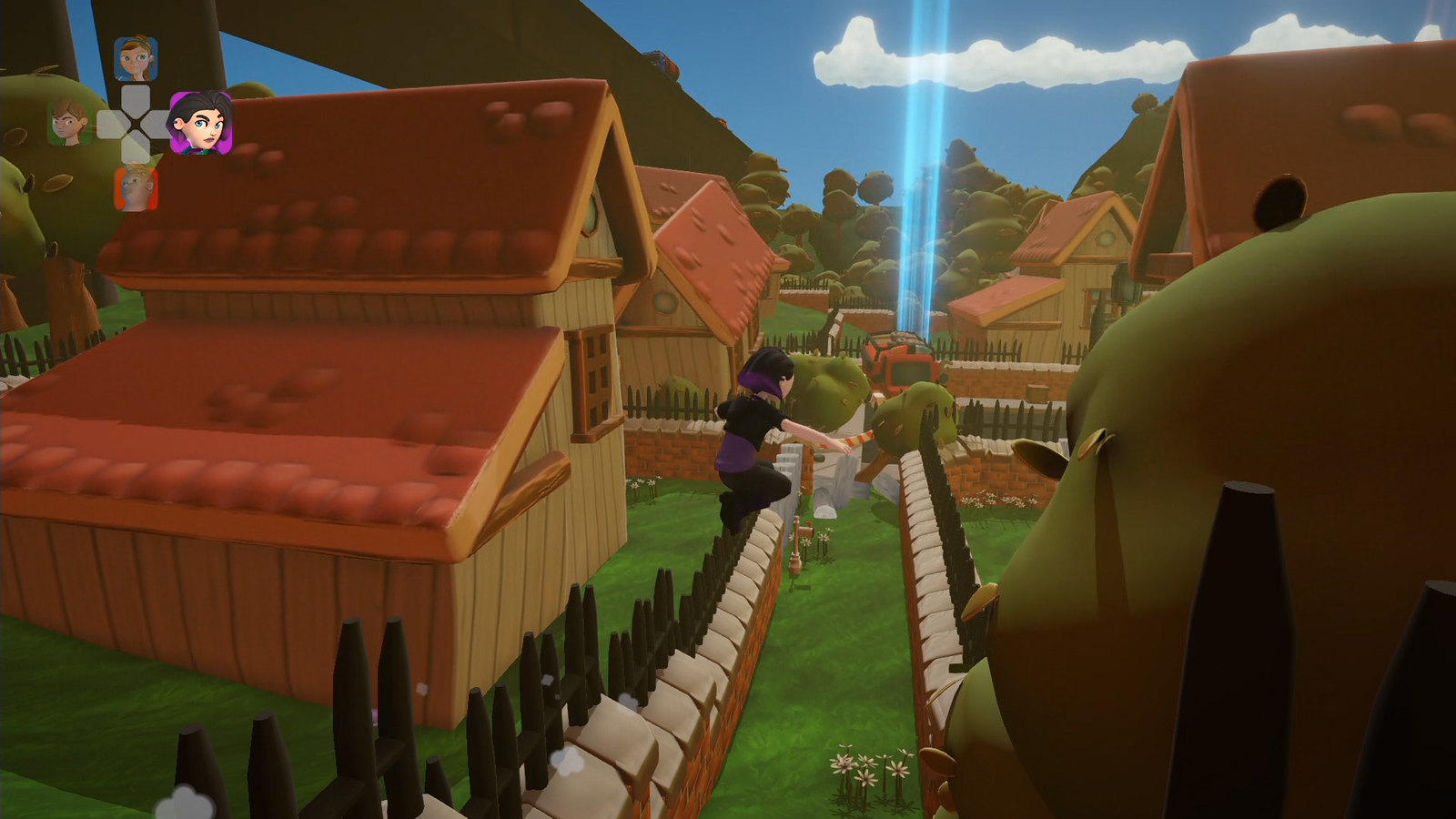 Lucy’s biggest hobby is geology. When she enters the caves beneath the neighborhood, she channels the power of stones which she can use to turn any member of the crew into a stone statue. She can also push heavy stone blocks to open new paths or solve puzzles. 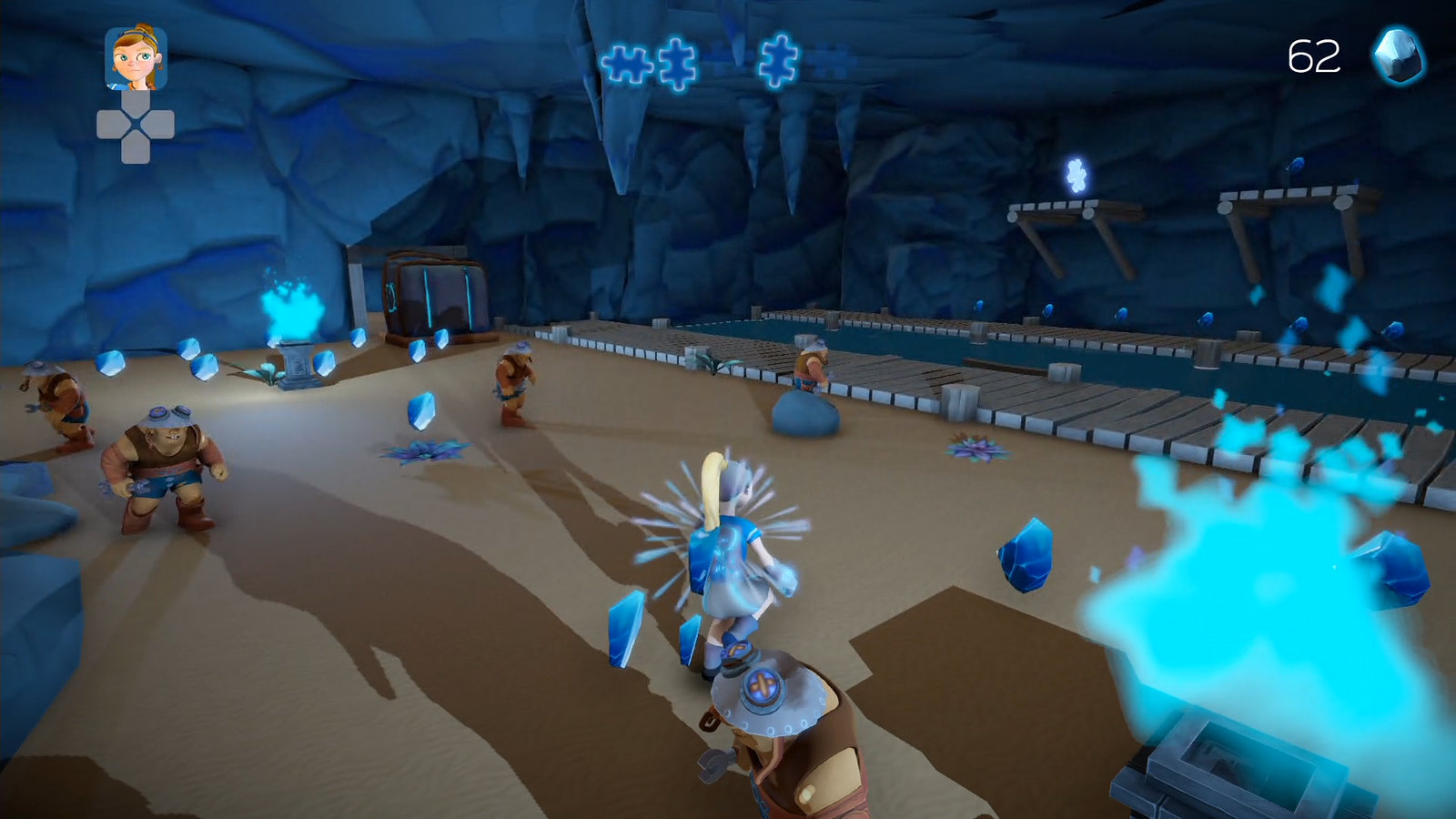 Eric’s powers are all about nature and plants. He can swim really well and is the only one in the gang that can dive, allowing him to find secret passages underwater. But his most powerful skill is dashing, thanks to a wave of leaves he can create. 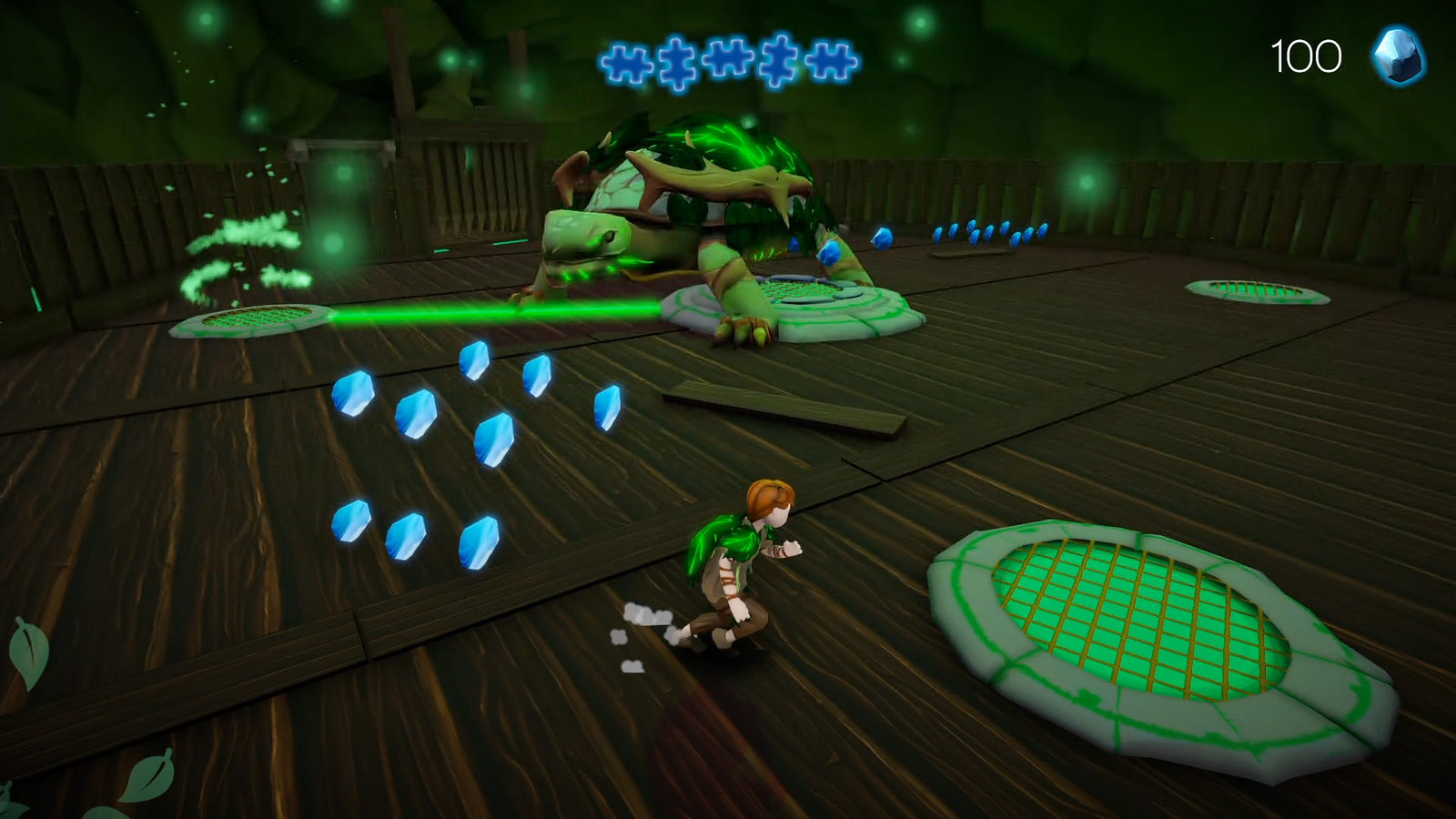 When Roxy enters the caves, she obtains the power of rock and roll! Now she can use her spirit guitar for a variety of actions such as playing a mid-air riff, allowing her to double-jump and reach higher platforms. 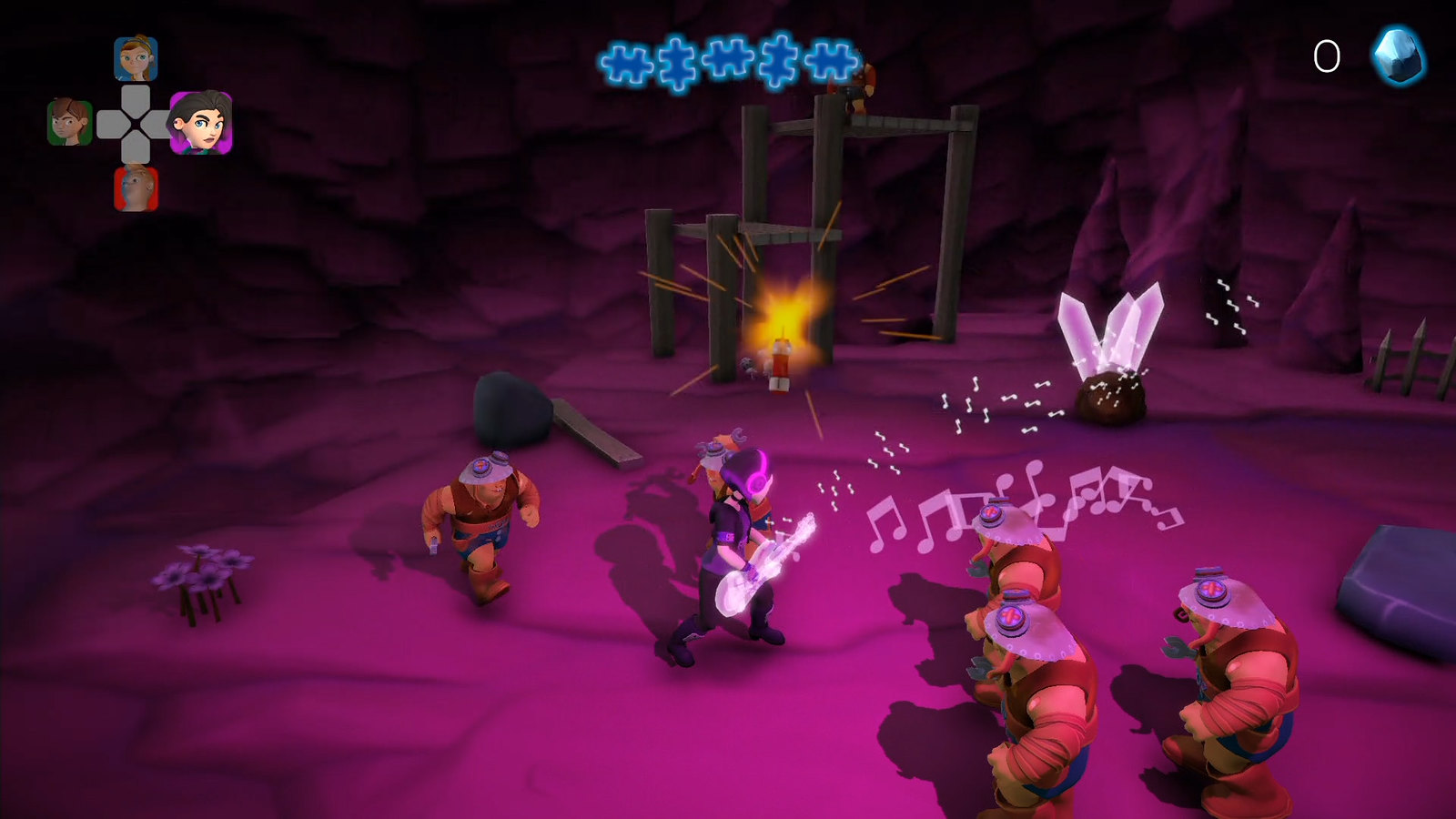 Randy enjoys listening to music and playing videogames, but the things he loves most are eating chicken nuggets with fries and going on adventures with his sister Lucy! He is also a non-verbal child with autism. Thanks to his great memory, when Randy walks near symbols or different patterns, he can remember them and use them later to solve puzzles or open doors. Also, if he uses a huge bouncing mushroom as a trampoline, he jumps higher than others, allowing him to reach places others can’t. 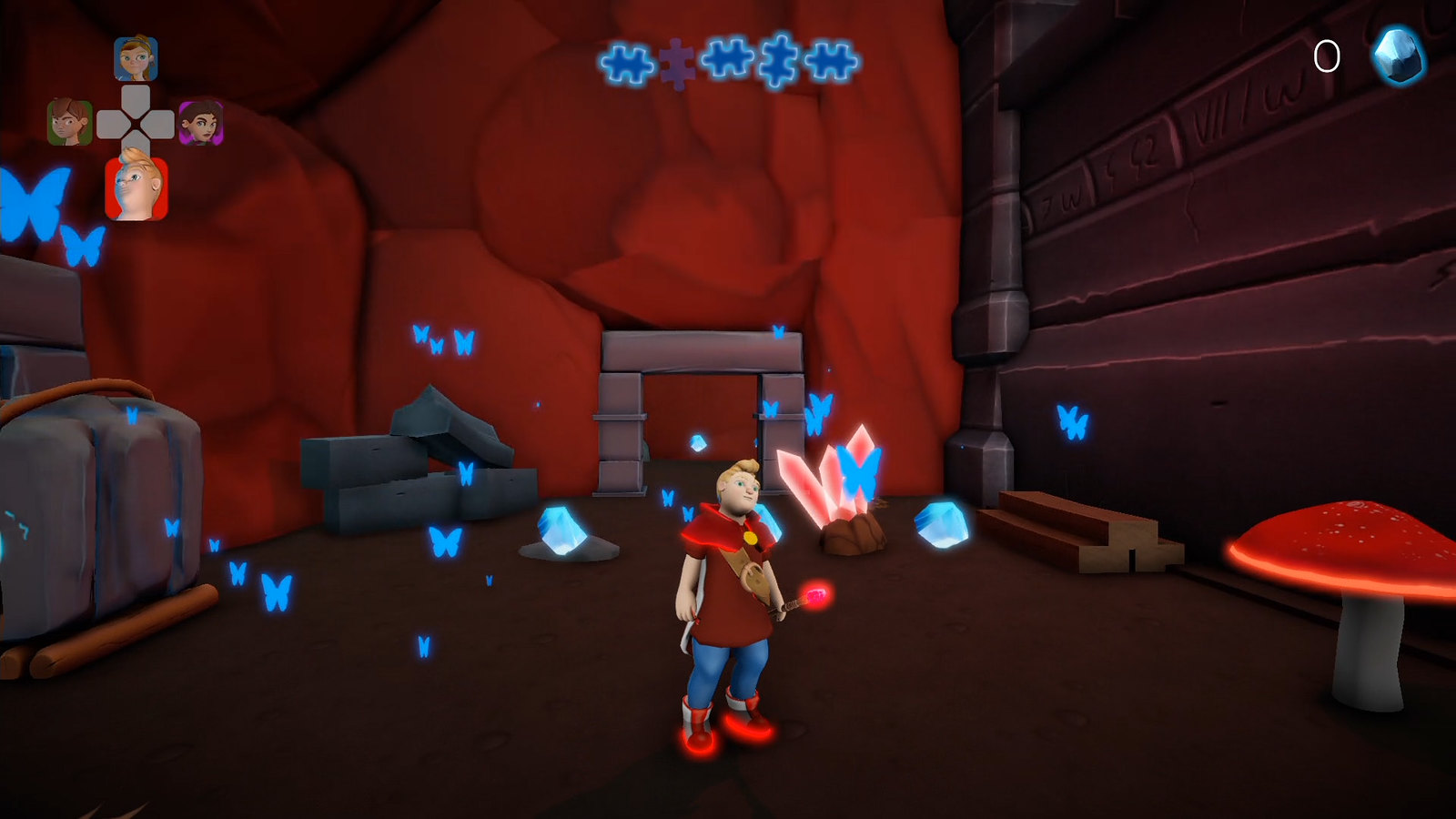 On the other hand, he refuses to enter zones with loud noises so they must be cleared out first. Light blue butterflies make him lose focus and stand still watching them, so the other members of the crew will need to withdraw these stimuli to proceed. 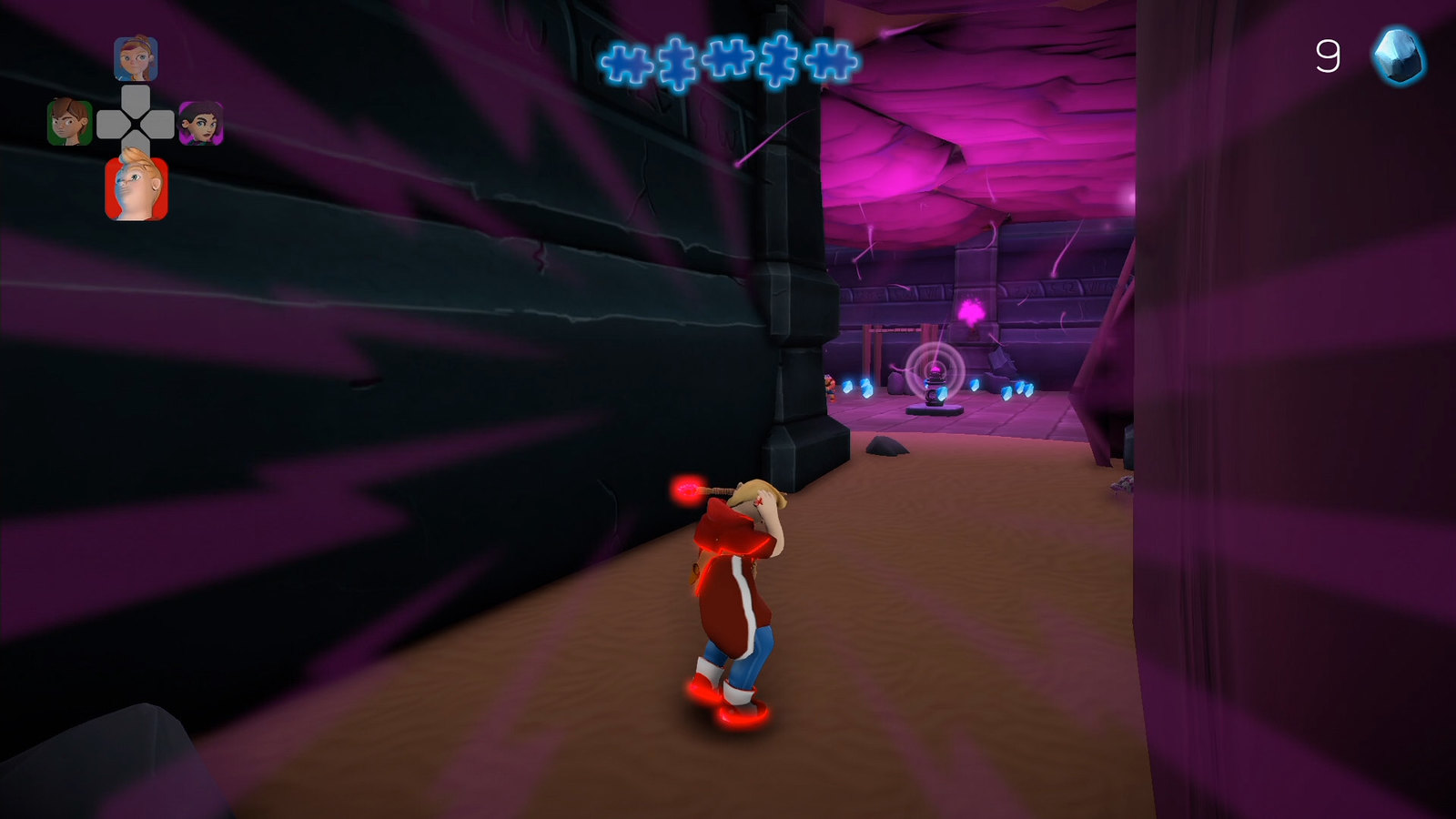 This single player game is all about teamwork and taking decisions on when to use a particular character in order to reach each level’s exit. Also, expect enemies to block your way and don’t be surprised if you encounter big bosses in your mission to save the neighborhood.

Join the gang now and be prepared to save the day as Treasure Rangers launches exclusively on PS4 on December 16.