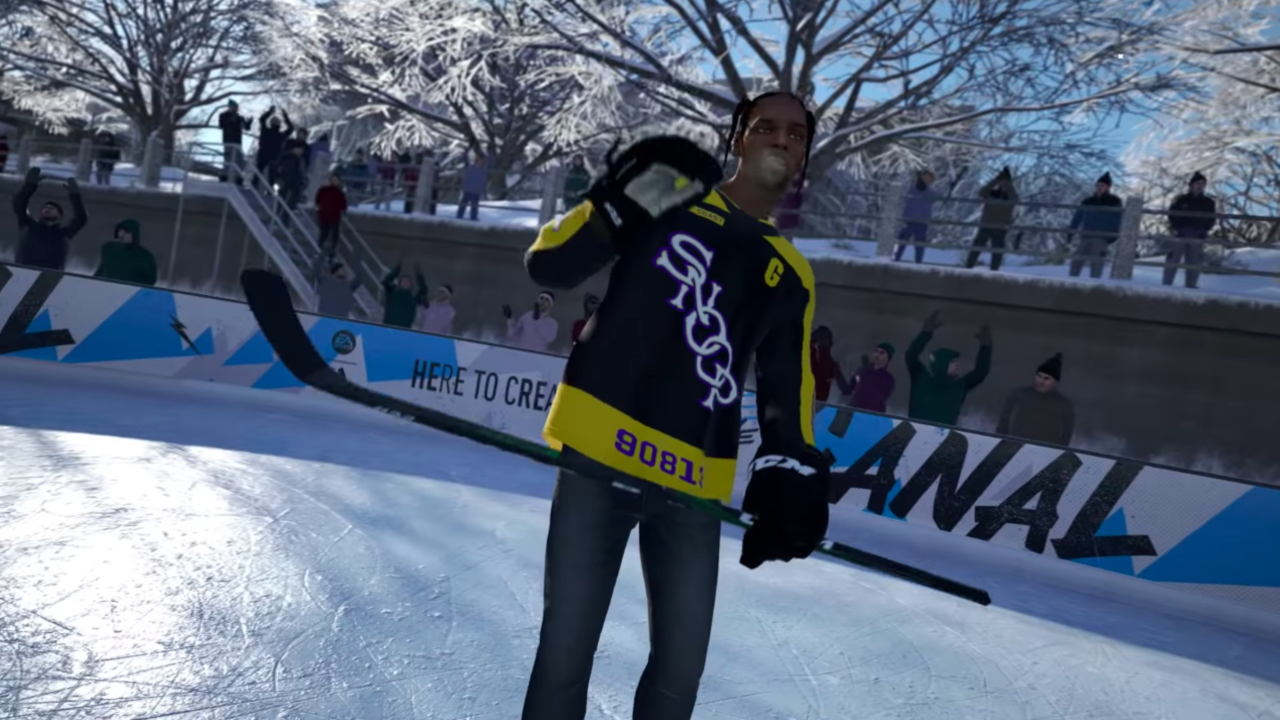 Rapper Snoop Dogg is now a commentator and playable character in NHL 20.

The hip hop legend was added to the game in its latest patch, which sees on the ice and alongide play-by-play announcer James Cybulski. Snoop announced his role in the game over Twitter, writing “Ice hockey really be lit now with me in the booth!!”

ice hockey really be lit now with me in the booth!! 😏🔥🔥 @easportsnhl #NHL20 https://t.co/GY3JKhltbN pic.twitter.com/HSbPR5ch8I

In one of the stranger celebrity crossovers in gaming, the Doggfather is a playable character in NHL 20’s World of Chel online multiplayer modes, which starts you out in a Pro-Am league before pitting you against classic teams and players. In-game, Snoop rocks a custom jersey bearing his name and his hometown zip code, as you can see below:

Take on the legend @SnoopDogg and his stacked #NHL20 Featured Squad to earn his dope Snoop HUT Jersey! pic.twitter.com/jzqtyqol93

Of course, Snoop is no stranger to gaming. He was included as an in-game announcer in Call of Duty: Ghosts way back in 2014, starred in his own rhythm-action game Way of the Dogg, and has more recently been popping up on the occasional Twitch stream under his username Doggydogg20.