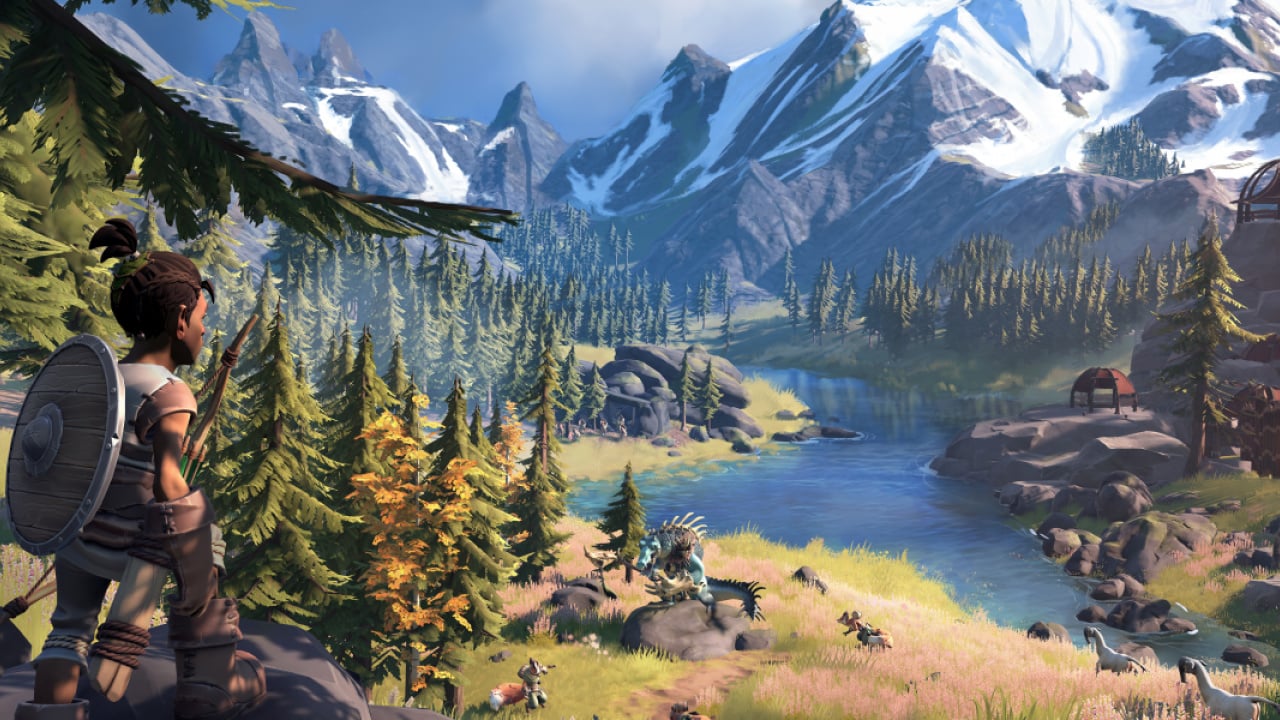 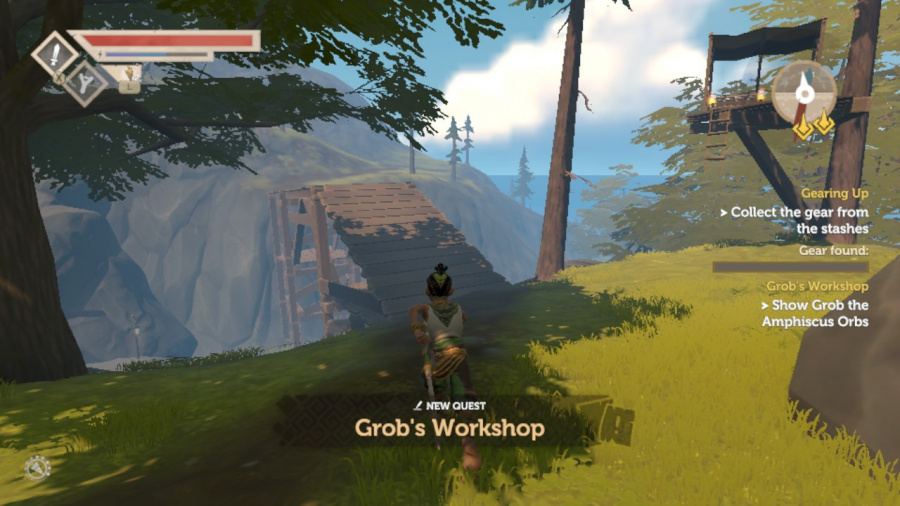 Initially, we thought Pine was going to be a very pleasant surprise. It definitely doesn’t bode well from the outset when the initial load takes just under three minutes. In situations like that, you can’t help but wonder if the game has crashed. But no, patience was a virtue and in the time it took to fry a quick egg we were immersed in Pine’s ambitious, Breath of the Wild-esque world.

Obviously, using Breath of the Wild as a point of comparison is fairly audacious, but the opening genuinely does have a tiny little sparkle of the biggest Zelda’s raw potential. Recall when you first ascended to the plateau; that sense of possibility. Pine – just for a fraction of a second – makes you hope not for an equivalent experience, but a game that might recapture a fleeting, hesitant whisper of Nintendo’s magnum opus.

It’s borderline crushing when it descends into a murky quagmire of bad decisions, ill-defined objectives and downright technical incompetence. Don’t get us wrong on that last point – it’s impressive that Pine is running on Switch at all, given its scope. It can’t have been an easy conversion, but all the same, it’s visually unimpressive. After that long, long loading screen you’d be forgiven for thinking it’d be worth the wait aesthetically, but Pine is an ugly, grungy mess to look at. It’s like they couldn’t quite fit the square peg of a game into the round hole of the Nintendo Switch, so they went at it with a hammer and, while it went in, they left it in a right state. It’s so horrendous to look at with egregious pop-in, pea soup fog so thick it might as well be an actual plate of peas, low detail to the point that some objects look like they’ve been flat-shaded, and sharp-edged lighting that flickers almost constantly. It begs the question; why even try to put this game on this system just as it was? It hasn’t worked. 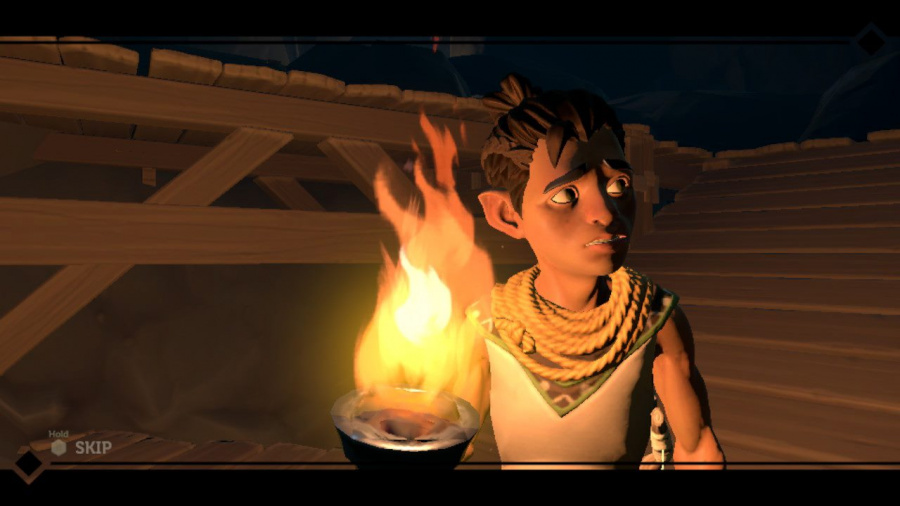 Thankfully, it isn’t all bad news on the optical side of things. The character models, while sparsely detailed, are attractive and appealingly designed. The game’s framerate is also quite good given the aspiring size of its world – it doesn’t feel quite like a locked 30fps, but it isn’t far off. Maybe the graphical fidelity had to take the hit it did to keep things moving relatively smoothly.

Naturally, poor graphics don’t necessarily mean a poor game. While it’s a Zelda clone in its movement and basic gameplay tropes, Pine’s major focus is on the relationships you have with the various species of creatures that you’ll encounter, and how making friends with one tribe may cause another one to take umbrage with you for siding with their enemies. Your actions play into a rather effective little inter-tribal relationships simulation. The problem is the core gameplay and controls are so weak that you’ll never get enough into the swing of things to appreciate the cute little system the developers have clearly put a lot of work into. 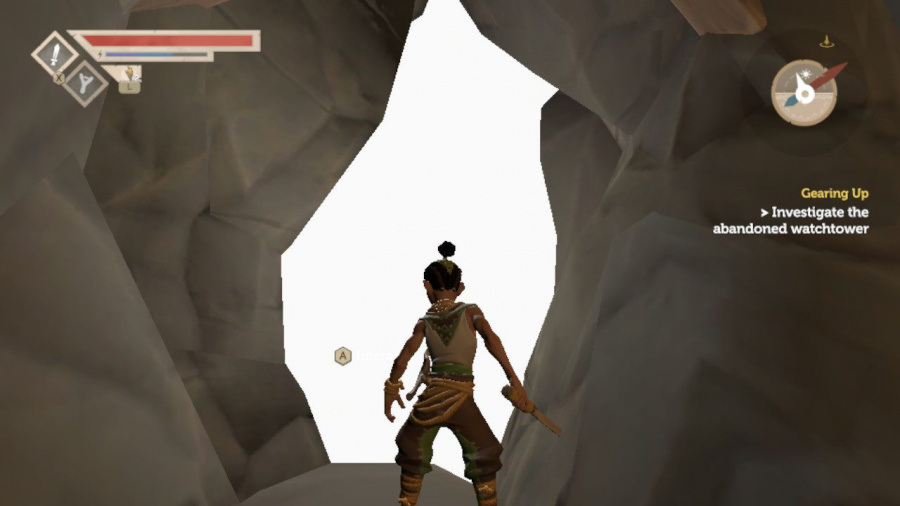 Your playable character – who goes by the name of Hue – moves around the scenery in a sadly unconvincing manner, with his jump being particularly bizarre. It’s loose and sticky at the same time, seemingly opting for whichever flaw is the least convenient for what you’re trying to do. There are seemingly-simple platforming challenges scattered around the world, but you won’t even want to attempt them after butting your head against the first few.

Speaking of butting heads, the combat is remarkably difficult in a way we’re not sure is conducive to the overall experience. The vibe of the game is so chilled-out that it’s a genuine shock when the first enemy comes at you as hard as it does. The foes here have plenty of health and are strangely resilient, making Pine feel more akin to a mature hack-and-slash action game than the laid-back socialise-’em-up that it really ought to be. Not only do the monsters hit hard, they also take a lot of blows to finally take down. Enough that you’ll find yourself wanting to actively avoid encounters because they simply take too long and aren’t all that varied or enjoyable. Your only real strategy is blocking with your shield, which often simply doesn’t work for no discernible reason (a bug which, in fairness, could be patched later). You’ve also got a slingshot, which you can switch to using the X button, but the aiming is extremely rough and imprecise. Gyro controls would have been very welcome, but then a lot of things would have been with this game.

Pine could have been a lot better. There are genuinely impressive systems at play here – for example, the other creatures inhabiting this world are gathering resources in much the same way as the player, and will even snatch up crops and objects that you were making for. But its smarter touches are totally obfuscated by the shadow of absolute technical unsuitability to the Switch hardware. When you look at ports like Doom and the recent Alien: Isolation, you’ll wonder what exactly went wrong for Pine to be so disastrously sub-par in purely technical terms. We can only imagine how cool it looked on the design document; it’s just such a shame about almost literally every single aspect of the execution.