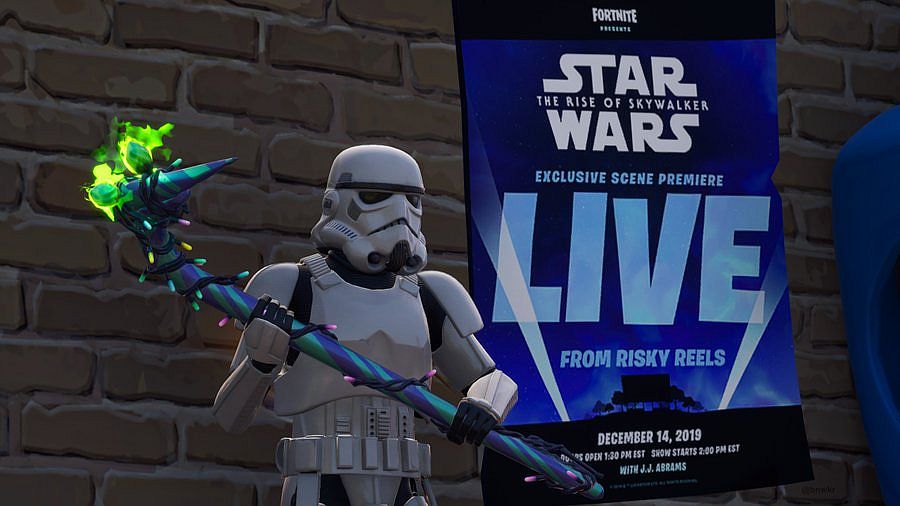 Risky Reels will show a scene from Star Wars: The Rise of Skywalker next weekend, according to posters popping up in Fortnite.

For those who don’t play the game., Risky Reels is Fortnite’s drive-in theater.

As Eurogamer notes, this isn’t the first time a clip from a Disney film has shown up in-game, as the theater previously showed Wreck-It Ralph: Ralph Breaks the Internet earlier this year.

And this isn’t the first Star Wars tie-in either, as a Stromtrooper skin was made available to celebrate the release of Star Wars Jedi: Fallen Order. A Star Destroyer even appeared in-game over the island.