One core aspect of Kerbal Space Program is how it blends engineering and creativity, allowing players to see their ideas realized before their eyes in-game. In the new DLC, we are equipping our players with a new suite of robotic parts and a programmable controller, the KAL-1000, that will allow you to sequence the actions of these parts by binding them to action groups. This article serves as a guide to the KAL-1000 and how to program robotic parts in Kerbal Space Program Enhanced Edition: Breaking Ground. 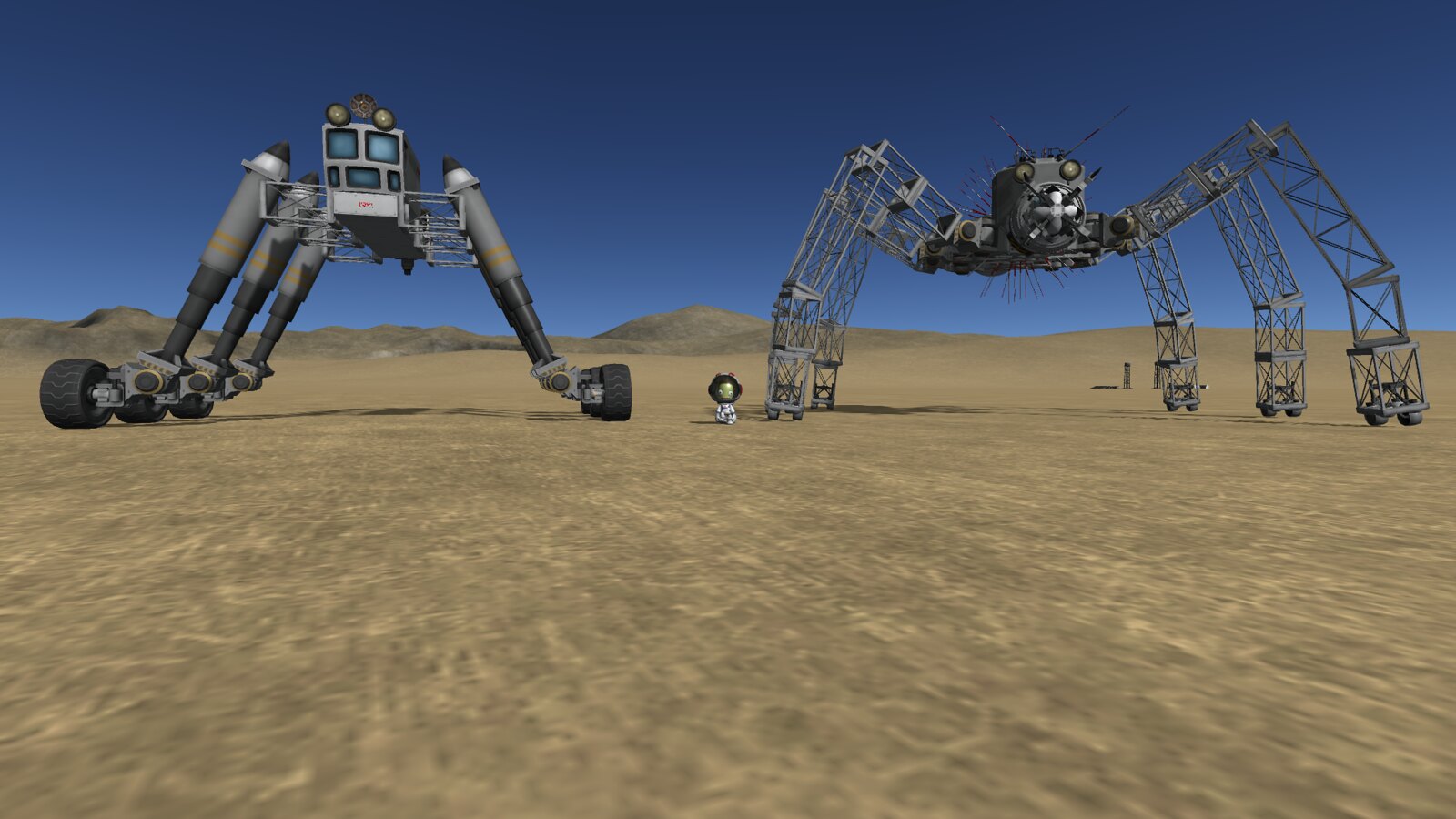 The KAL-1000 is an intelligent programmable controller. While it isn’t sentient, it can sequence the actions of all the robotics parts as well as many others. It gives access to a powerful track editor tool to set up how parts will behave over time.

So, how do we use it? First, you’ll need to build a contraption. In this example, we created a robot-ant, but anything can be built. The sky’s the limit!

Next, we will add a KAL-1000 to the craft. Open up the Action Group editor. 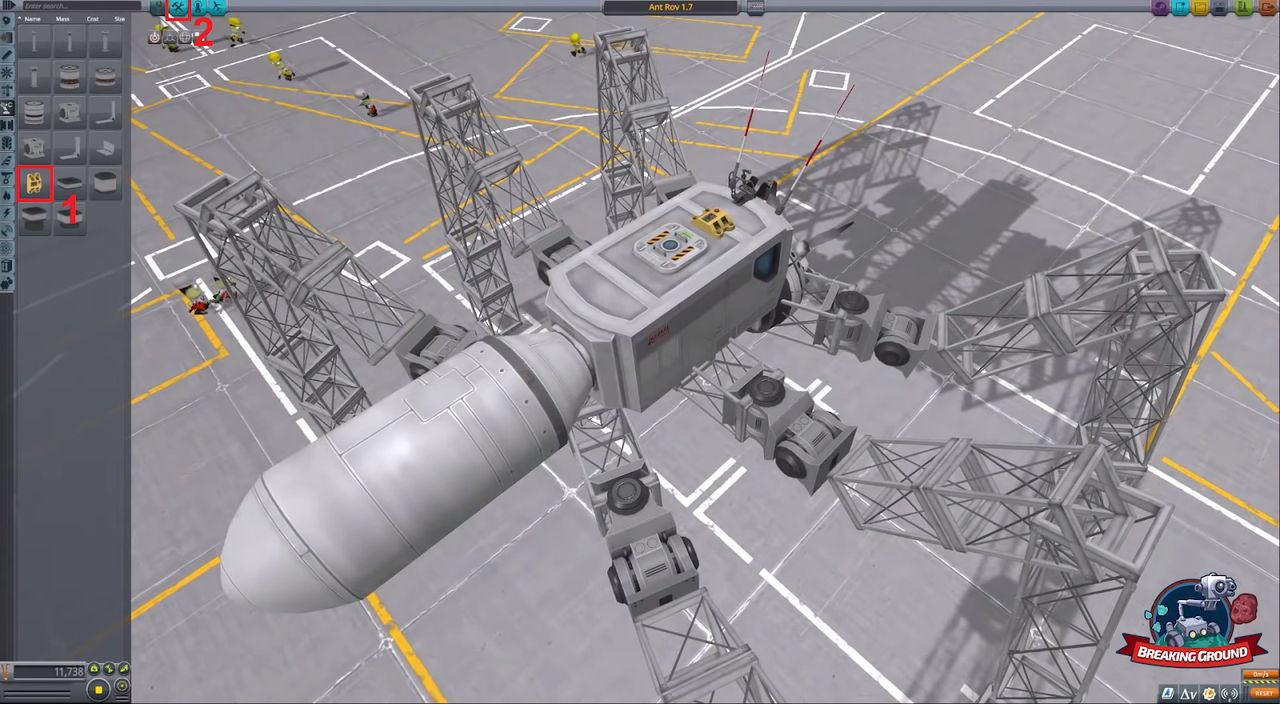 With the KAL selected in the Action Group Editor, we select the parts we want to control and choose an action — in this example, a hinge and its target angle. 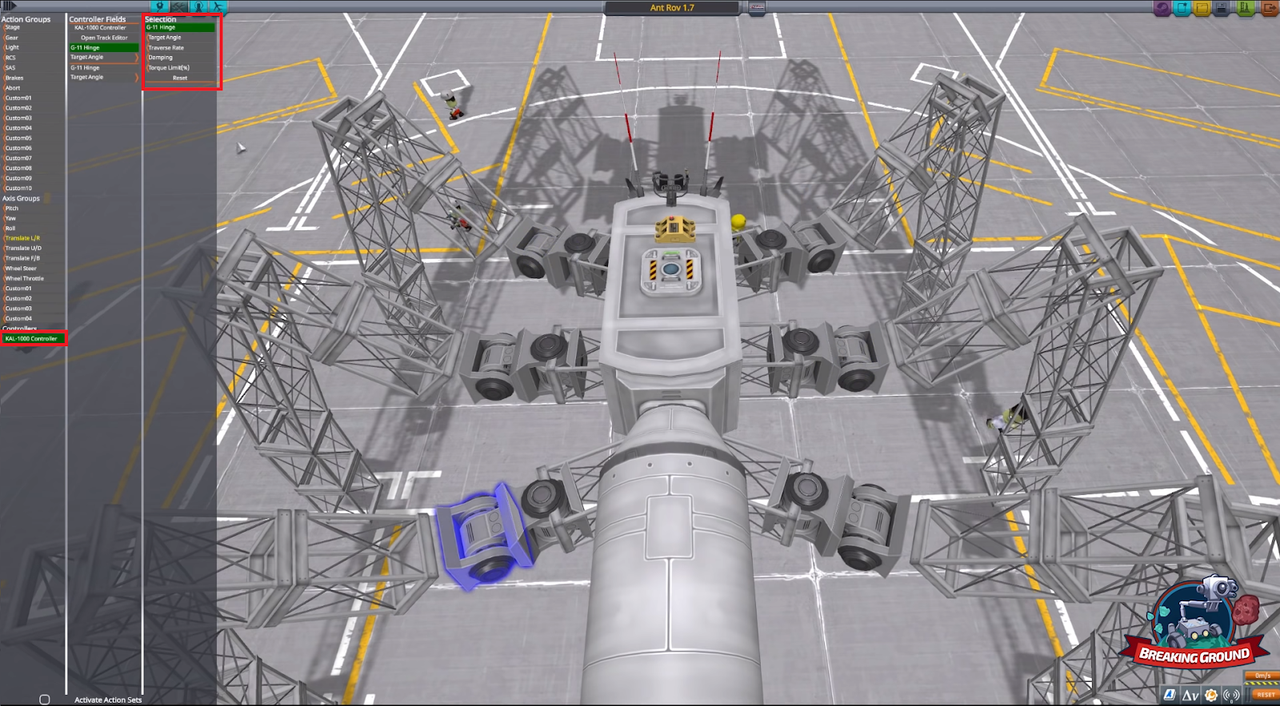 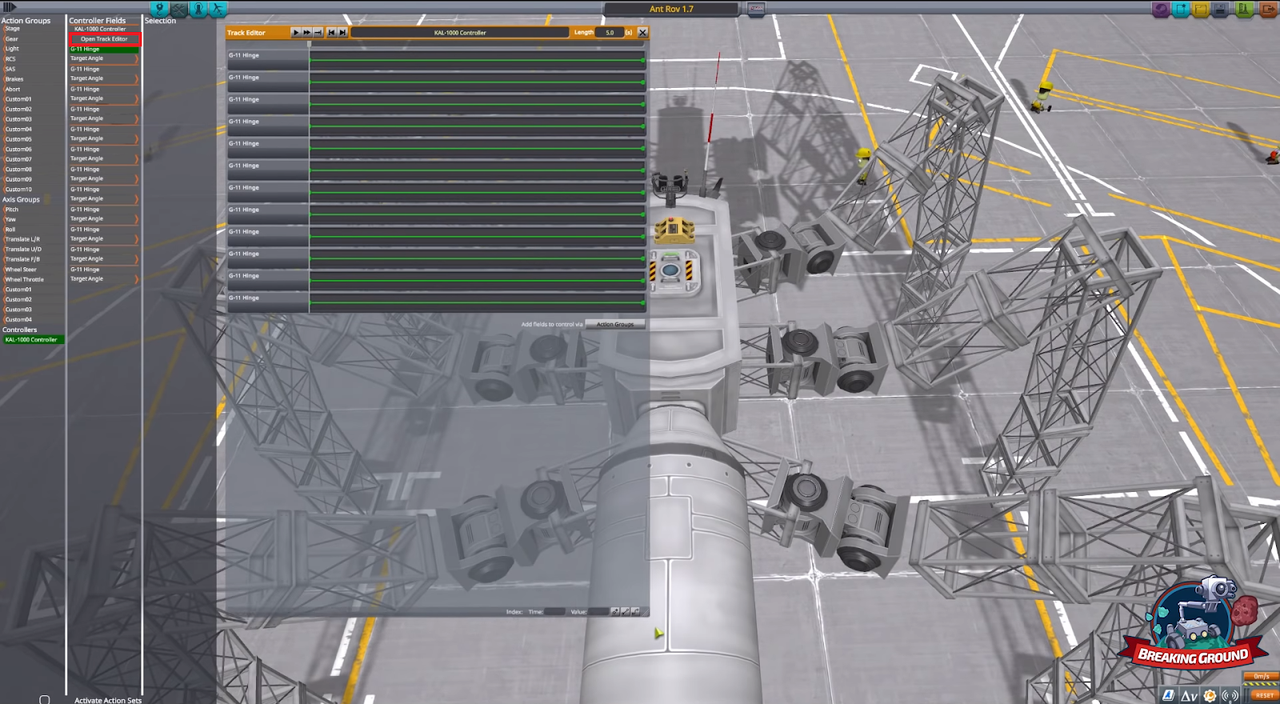 Then we edit how the part behaves over time by adjusting the curve that represents each variable in the track editor. For example, we’re adjusting the target angle of this hinge, which will allow it to move back and forth smoothly. 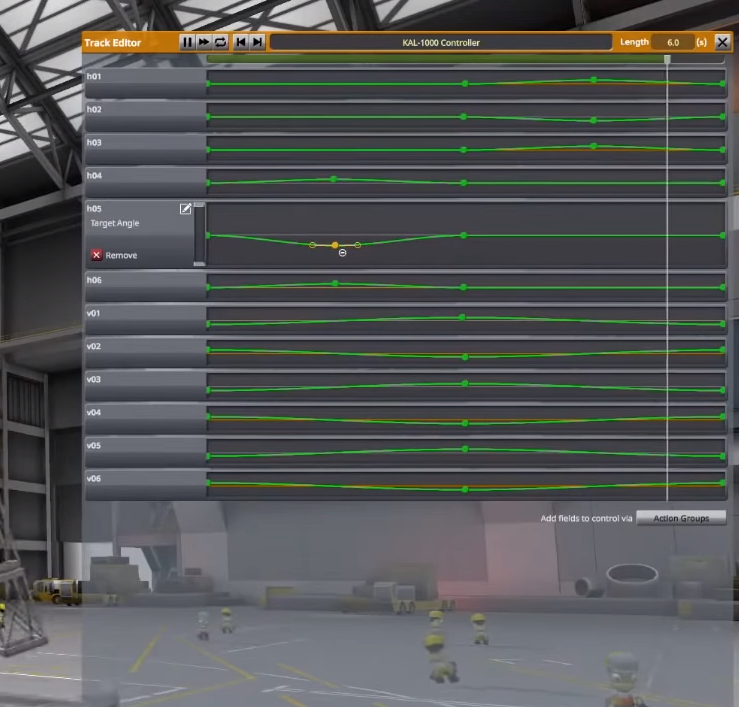 Do the same steps with other parts you want to control and play the track to see how it operates. Test it out in the world, with real physics operating, to make sure it’ll work. Once your Robot-Ant is operational, it’s time to raid a picnic! That’s it!

By using the KAL-1000 Controller, we can set up complex robotic mechanisms in tandem with action groups. The possibilities are endless. Happy Launchings!