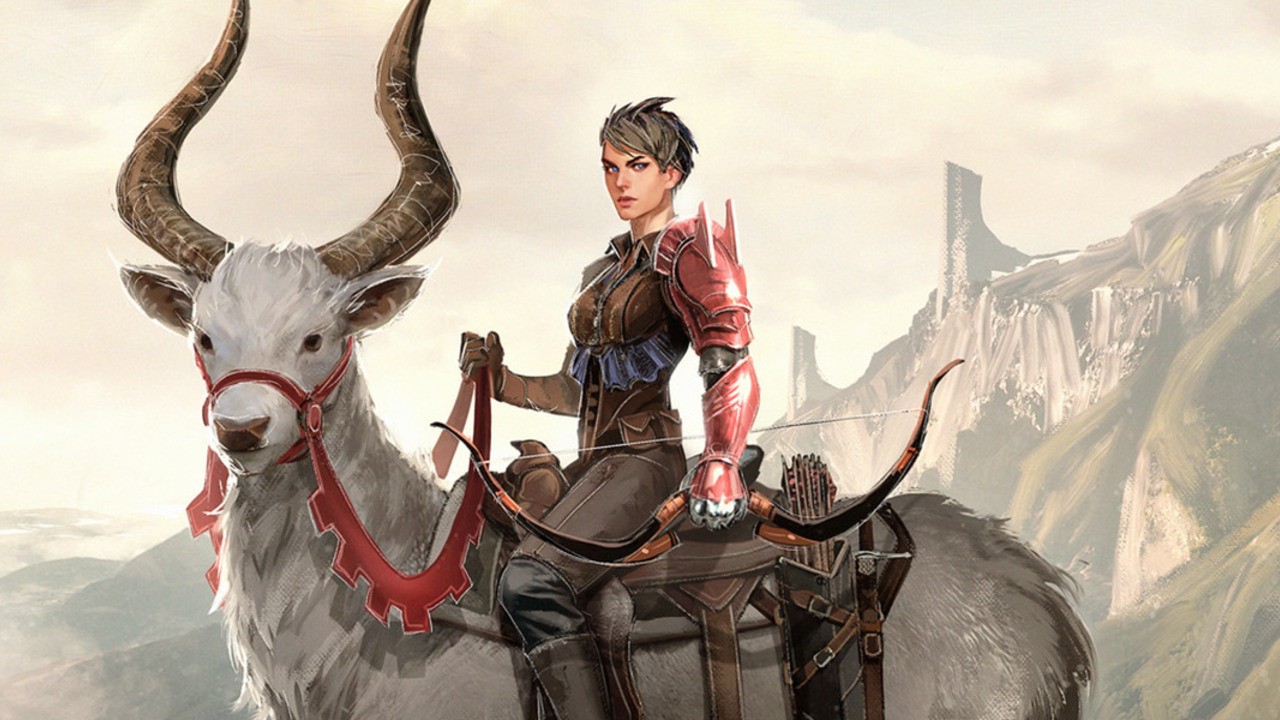 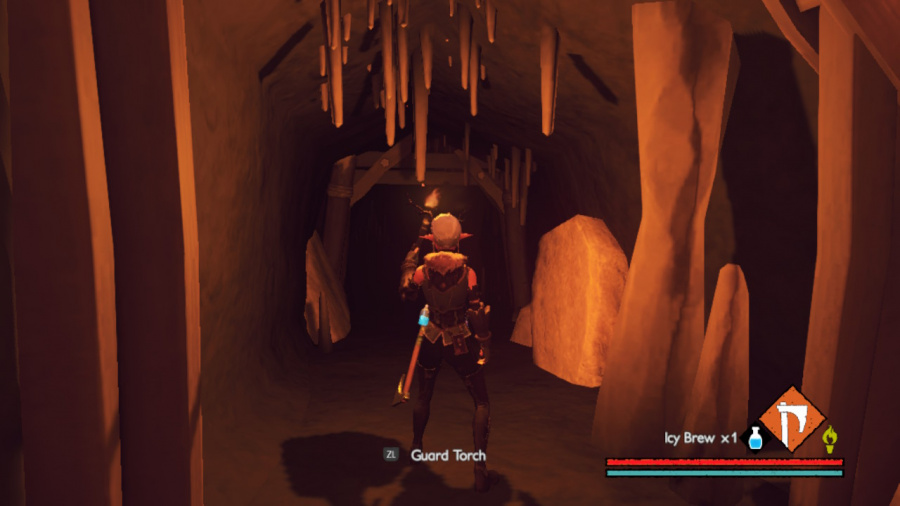 Originally planned for release back in August on Switch, Decay of Logos was delayed by its developers in order to fix some issues with the game on Nintendo’s platform. We played this original version back at the time and found it seriously lacking, suffering from a crushing number of gameplay bugs, some terribly muddy graphics and a dire framerate that made the whole thing pretty much unplayable. Now Decay of Logos is back and, although it’s clear that Amplify Creations have worked hard to sort out the problems we encountered first time around, this is still a game that performs poorly and has a number of problems that, when added together, make it virtually impossible to recommend.

Decay of Logos is an action-RPG that’s very much in the Dark Souls mould, with the very same set-up in terms of how you perish and are resurrected at your last resting place, inching your way slowly through enemy and trap-filled levels, dying constantly, learning from your mistakes and repeating in order to progress. You assume the role of Ada who survives an assault on her village at the start of the game that sees it razed to the ground and her family murdered. From here, you set out into the mysterious world in search of answers with your companion elk by your side. The first moments with the game do feel pretty interesting; this is a world that’s begging to be explored and is full of secrets and lore to discover, but the sheer number of annoying gameplay bugs and bad design decisions crush any sense of adventure or fun out of the venture almost immediately. 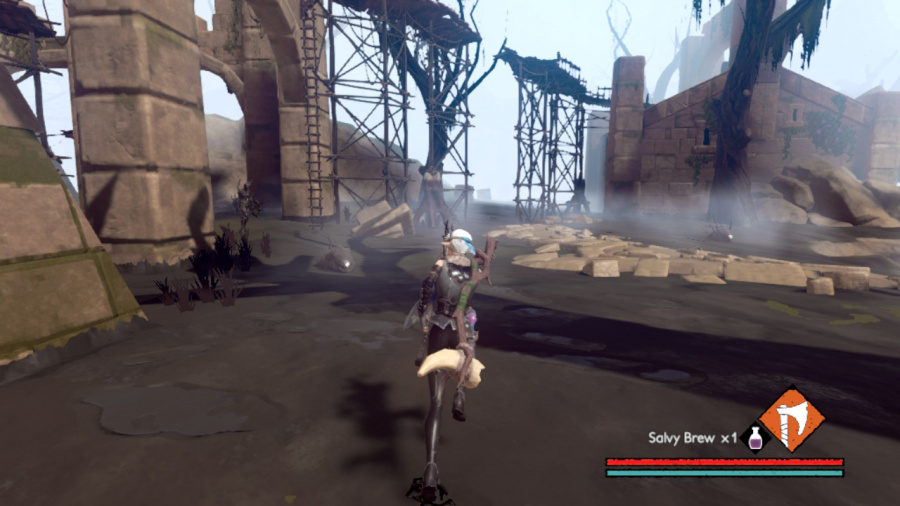 There are a handful of positives to mention before we get to all the negative stuff, though. The extra time in the oven here has resulted in Decay of Logos looking much better than it did when we first got our hands on it; there’s more detail in characters and buildings, lighting effects have been improved across the board and it’s much easier to navigate your way around the world in general as things are much less blurred and muddy looking. The framerate has also been slightly improved; it still stutters and is overall nowhere near as smooth as it needs to be, especially in combat, but it’s much, much better than it was back in August. However, beyond this, things haven’t really improved as much as they needed to; this is still a game that’s a frustrating nightmare to spend time with and it’s actually pretty hard to know where to start listing all the problems present.

Let’s start with your mount. In Decay of Logos, you have a companion elk. This noble looking creature must be fed lullaberries in order to keep it calm so you can ride it, and its stress levels rise very quickly – especially around enemies – so you’ll need to keep plenty of berries on you for this very anxious boy. It’s a reasonable enough idea and we guess they were shooting for a sort of Last Guardian-style deal here, except that nothing about the game feels like it’s designed with riding a mount in mind. Levels aren’t generally big enough to require a faster means of transport, you spend a lot of time inside buildings and climbing around platforms and you’ll generally mostly forget your companion is even there – except for when you need it to help you open a door. 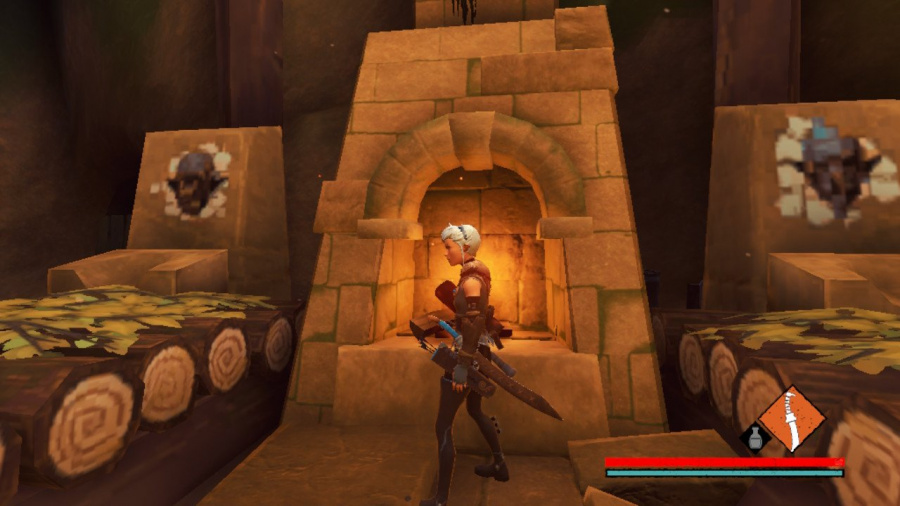 Yes, the only time you really need your elk is when you’re required to direct it onto a platform in order to use its weight to open a door barring your progress. It’s a tedious idea, made worse by the fact that simply riding this animal in a straight line – or having it come to you when you call it without it becoming snagged on some scenery – is a near impossibility. It’s a gimmick shoe-horned into the game that does it absolutely no favours. Getting off your mount is also finicky and you’ll be presented with a “cannot dismount here” message repeatedly in situations where you’re not in combat or hindered by anything else. It’s a mess.

Away from your execrable mount, the core combat feels sluggish, partly because of the framerate and partly because of some pretty noticeable input lag. Your attacks and dodges are badly animated, regularly take too long to happen and see you getting sliced and diced through no fault of your own. Enemies also tend to dish out and take completely random amounts of damage, sometimes you’ll hammer an opponent or take tiny amounts of damage from their attacks, sometimes the exact same enemy will hit you once and end you on the spot – and dying is something you really want to avoid in Decay of Logos because of the shambling mess of inadvisable systems the developers have added to it here. 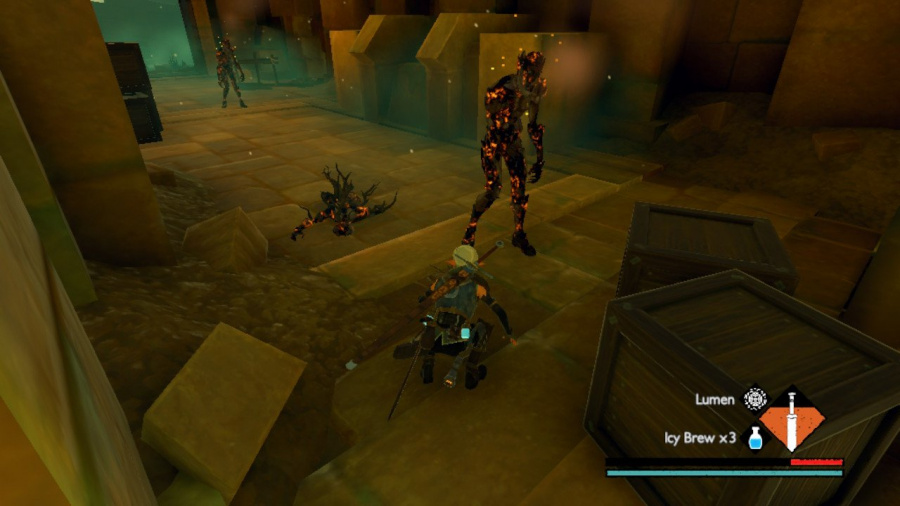 When you die you are returned to the last place you prayed or rested at – just like in Dark Souls – but here your base stats – defence, attack and so on – will take a hit, making you weaker in battle until you find somewhere to sleep in order to restore them to their maximum values. Your stats will continue to decrease every time you die, eventually to the point of seriously affecting your ability to deal with enemies, and so this results in a gameplay loop that sees you constantly trying to find somewhere to sleep in order to be at optimal strength in battle; a frustrating scenario that’s exacerbated massively by the fact that when you do sleep. you run the risk of being ambushed and killed. It’s a ludicrous idea and a really bad design decision; you’ll be set upon by at least three enemies when you’re ambushed and stand little to no chance of beating them. Moreover, there’s no actual point in even trying as, if you let them kill you and then just sleep again, chances are you’ll not get ambushed and have your stats refilled anyway. It’s completely pointless, frustrating and farcical.

Another huge combat-related annoyance is the fact that, unlike Dark Souls’ Estus flask which refills every time you rest and gives you a reliable source of HP to factor into your tactics while making your way through levels, in Decay of Logos you must rely on health drops. This means you’ll often find yourself in a situation where you have no way to refill your health as the required potion doesn’t drop with nearly enough regularity, so you keep dying, your core stats weaken so you die even more, you go to sleep and get ambushed; die, rinse and repeat. It’s a garbage setup that makes progress feel like a bitter, horrible experience. 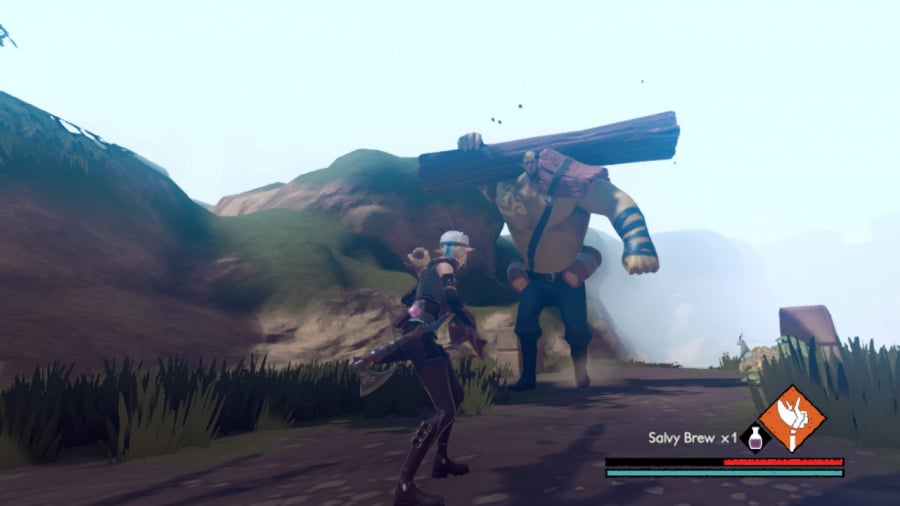 There are holes and chasms littered around levels, and especially in dark caves, that you just cannot see until you’ve fallen down them, something that happens all the time. Fall damage is extreme and you can lose a huge chunk of your life bar by jumping off low platforms, forcing you to use ladders, which feel clumsy and slow. Boss battles are hideous affairs, with the sluggish combat and nonsensical enemy damage output meaning you’ll spend a lot of time getting one-shotted and having to run the gauntlet time after time until you finally get lucky.

The camera, when locked on to enemies – especially bees – has a tendency to spin wildly out of control when you get up close and personal, and it often refuses to lock on to targets until you’re so close that they’ve seen you coming, making stealth a messy prospect. We also noticed that running through areas to avoid enemies results in the entire level’s worth of bad guys chasing after you; they never let it go and have no boundaries at which they give up the chase, so if you try to dash through an area, expect to accrue quite an entourage by the time you’ve got to where you’re going. We should probably also mention the fact that levelling-up in this RPG happens completely automatically and largely unseen, so you have absolutely no control over your character build or stat progression. 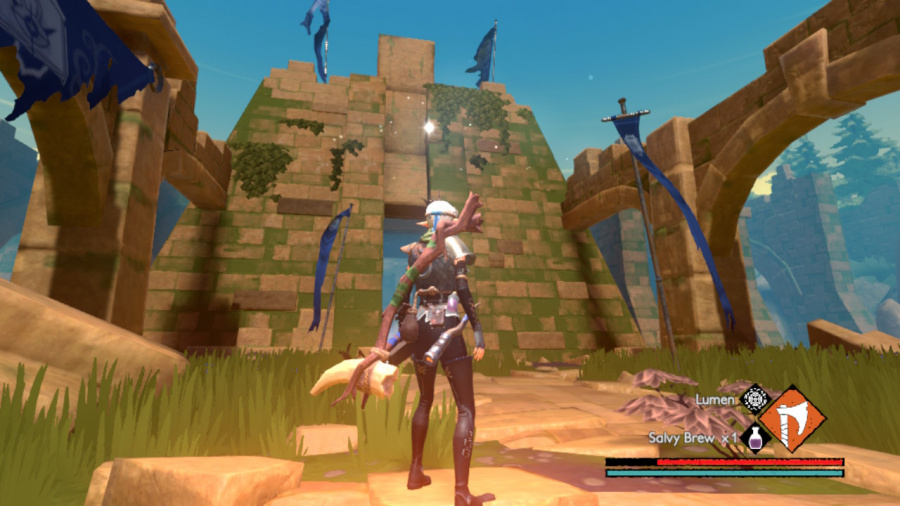 Honestly. We could continue to point out problems here, there are just so many; even little things like lighting a torch from a flame often doesn’t work properly, the game refusing to recognise your inputs on time. It’s not often a game comes along that has so many problems barring you from enjoying almost any aspect of its gameplay, and as much as we tried with this one, the fact is that Decay of Logos is simply badly designed. It performs terribly, looks awful for the most part and is, in summary, pretty much impossible to recommend on any level whatsoever.

Decay of Logos is a mess. It looks bad, has some crippling performance issues and is stuffed full of nonsensical and overly-punitive gameplay systems that make every minute you spend with it feel like a slog. The world that Amplify Creations has created here does occasionally feel like it could be an interesting and worthwhile place to explore, but there are just far too many bugs and problems that get in the way of you settling down to enjoy this game in any way whatsoever. Avoid.