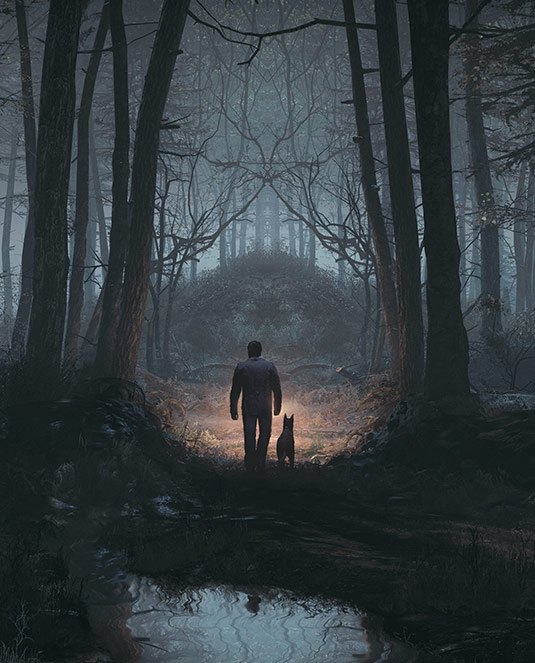 Bloober Team’s take on the horror franchise Blair Witch is coming to PlayStation 4 next month.

Originally released in August on PC and Xbox One, the game is a first-person psychological horror title based on the cinematic lore of the films.

Set in 1996, you play as a former Maryland police officer who is helping search for a missing boy. You will explore the Black Hills Forest near Burkittsville, and not only face your past but evil forces within the forest.

You won’t be traversing the woods alone with just a flashlight, because your trusty German Shepherd, Bullet, will be by your side. He will alert you to danger and find important items, and how you treat him will affect his behavior.

Additionally, on PS4, players will be able to customize their canine companion with the Good Boy Pack. It includes new dog skins; new in-game cellphone games; wallpapers; content; and new animations for Bullet.

The Good Boy Pack will also be available for PC via Steam and on Xbox One.

The game will be available as a digital download through the PlayStation Store for $29.90, or the regional equivalent. It will be made available at retail on a later date.