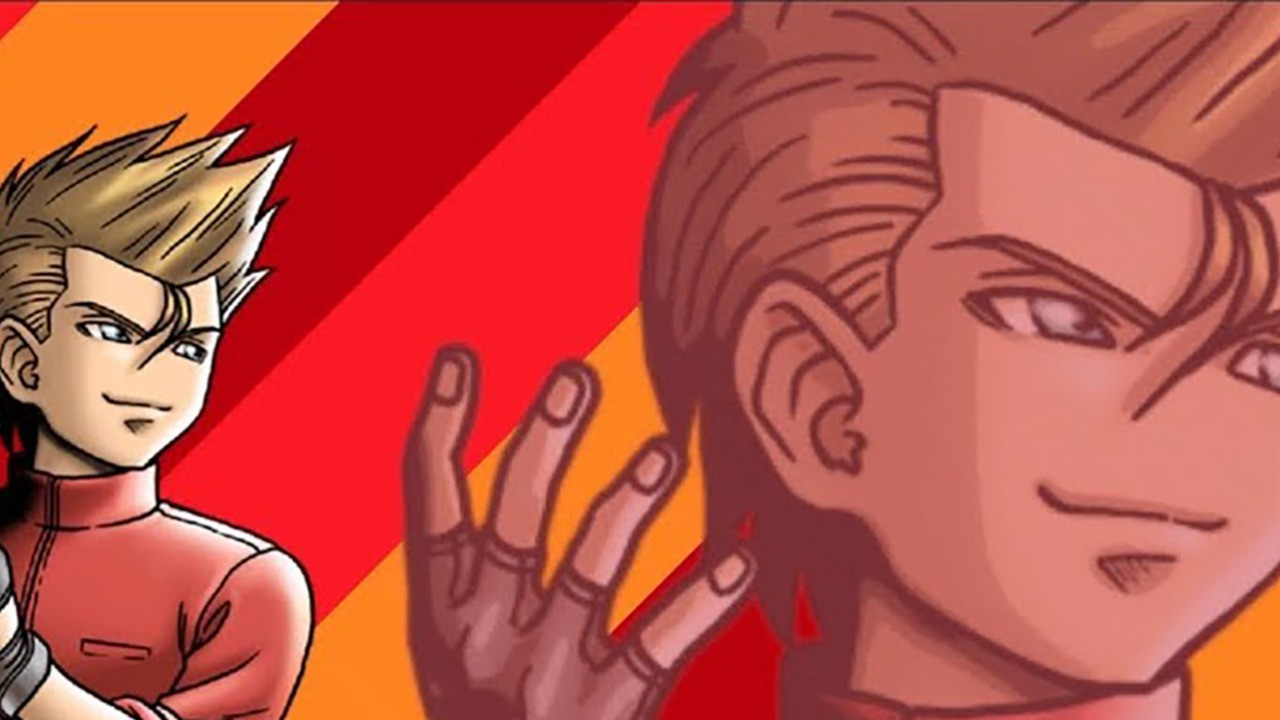 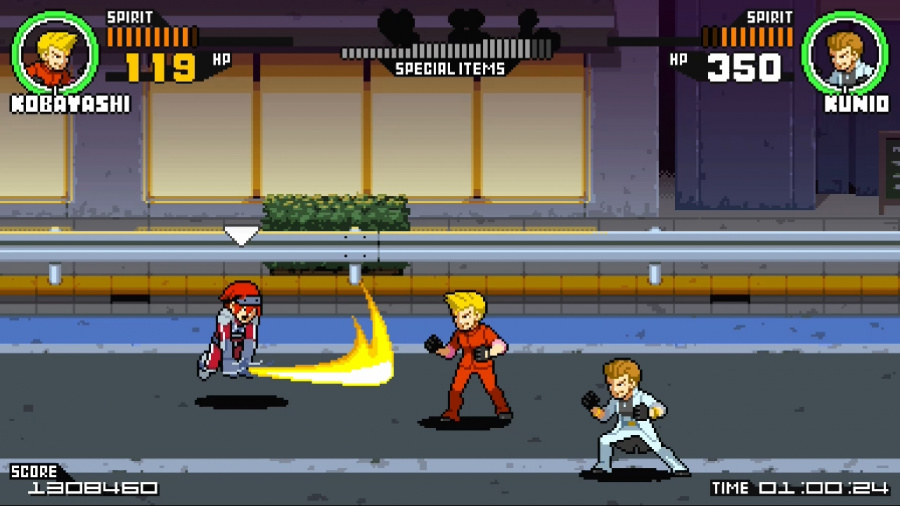 Unless you are a hardcore Kunio fanatic, there’s a good chance that “Kobayashi who?” might be the first thing that goes through your head as you read this, so it’s best we start off this review with a small introduction. Kobayashi Masao is both leader and strongest member of Reihō Academy’s Shitennō – you might remember him taking on both Kunio and Riki with a brass knuckle at his father’s abandoned Kobayashi Industrial Factory Site in the cult NES classic River City Ransom. Thanks to the recurring puzzling mistranslations of the old Kunio games, Western players might be more familiar with his English name: Thor.

Now we’re all up to speed, we have to admit being somewhat curious about this game, because despite getting very little information prior to its release, it was announced that this would be a collaboration between industry icons Yoshihisa Kishimoto (the creator of Renegade and Double Dragon) and Hiroyuki Sekimoto, one of the original producers of the aforementioned River City Ransom. Not only would Stay Cool, Kobayashi-san!: A River City Ransom Story have to live up to its legacy, it also has to be relevant in a console library that already has the amazing River City Girls on offer. 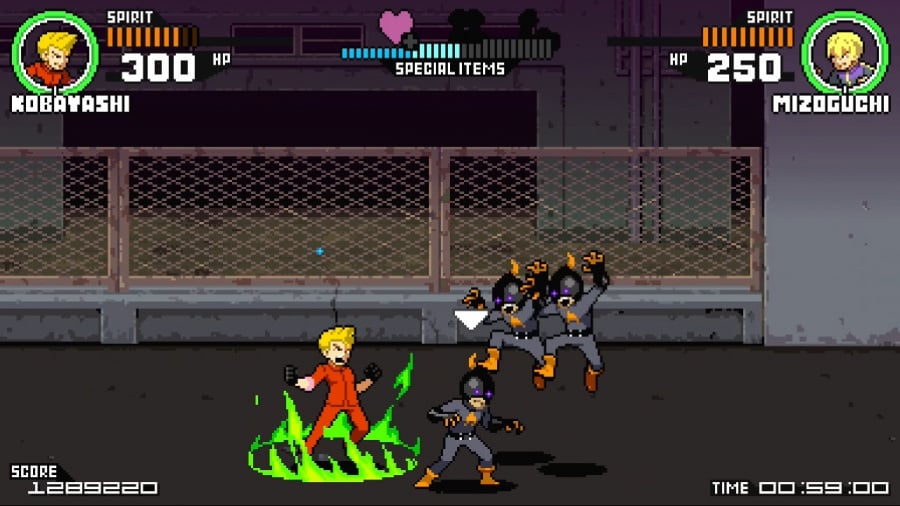 At first glance, it would seem it fails at both. Upon first booting up Kobayashi’s side story, we are greeted with an utterly bonkers plot that would feel right at home in a Doctor Who episode. A time traveller named Mizoguchi has come from the future to warn Kobayashi about an invasion of his timeline by an evil organization. Both meet and explain the details to a suspicious Kunio, who nonetheless decides to tag along with both men and the three of them proceed to clean up the streets of River City in hopes of saving their future.

The entire plot seems outside the norm of a regular River City game – probably because it was one of the scrapped ideas for a follow-up to the original River City Ransom that has been now revisited by the developers. This game feels (and plays) very much like a long-lost Game Boy Advance title; something that can either good or bad, depending on how you feel about that period of gaming. The art style is a sort of 16-bit middle ground between River City Melee Mach!! and River City Girls, yet it plays differently to both of these titles. The controls will probably feel a bit odd at first, with a single button used for attacking, another for jumping and a third for special moves. Each of the three playable characters has three special moves that are unleashed depending on how long you keep this third button held down. Double-tapping directions sees your character run or skip, and defeated enemies drop health icons. All the tropes of a generic side-scrolling beat’em up, one might conclude. 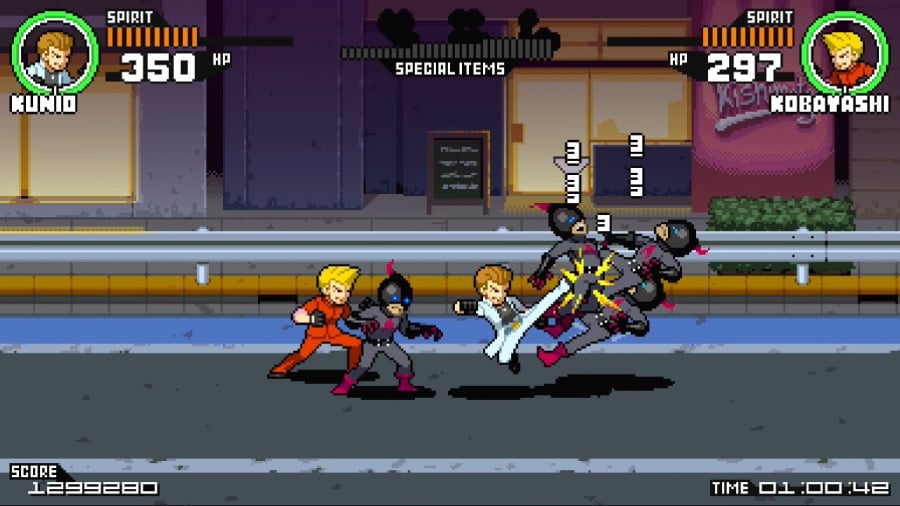 Yet Kobayashi’s time in the spotlight hides hidden depths; easy to miss if you’re a casual, first-time player, but there to reward dedicated fans. Right from the start, the game asks who are you in relation to Kobayashi. You must enter your name, your relationship status (friendship or lover) and three items that remind you of good times with the titular character. Your choices here will influence the game’s plot, which kicks off with you (the player, not the character) getting kidnapped by the interdimensional time-travelling bad guys and will eventually result in one of the twenty possible endings. The game starts up at a random location in the city and tasks your fearsome threesome with defeating thirty henchmen (taken from each gang faction), forcing their leaders to take the field. Defeat these leaders, and you get to fight the head honcho.

There are several factors that influence the outcome of the plot, like the amount of time, the order in which you tackle the five leaders, how many times Mizoguchi has to rewind time for every instance that Kobayashi is defeated (there are no game overs here, but there are bad endings), if you find all three ‘reminder’ objects that you chose at the start of the game and other random events that you may (or may not) encounter in your playthrough. Despite not taking than one hour to reach an ending, the incentive to replay the game and try to see as much of it as possible and achieve the very best conclusion is present and correct. 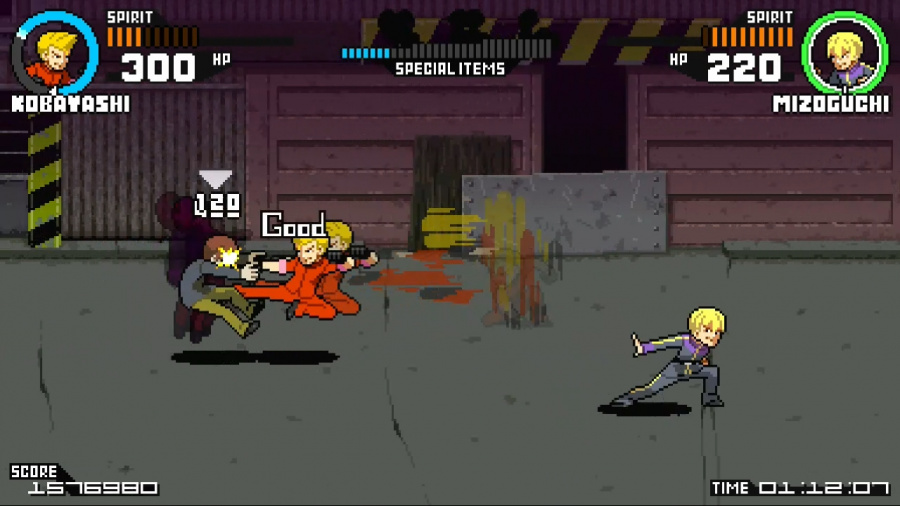 Stay Cool, Kobayashi-san!’s gameplay also showcases the hidden depths of this long-running series. Your single attack is also an extremely useful defensive weapon, with properly-timed presses giving your character the ability to dodge incoming projectiles, counter imminent attacks and even recover mid-air, the latter being an essential skill, because even at 0 HP, if you manage to land on your feet you will not die.

The jump button, too, is not all it seems, because pressing it just after you send an opponent flying across the screen will do a follow-up attack straight out of a Dragon Ball Z episode. While the CPU does a decent effort in supporting the player, having another human along for the ride means that you can put up quite a spectacle by alternating chase attacks between both allies; this game really is a hoot when played with a pal.

It’s a real shame that, despite all this potential, there are a few quirks that slightly spoil the experience. It’s a bit tricky to juggle characters with the ‘L’ and ‘R’ buttons, and the three-man playable roster is not a balanced one. Kobayashi is the true main character, and the only one that, if defeated, will cause the game to be ‘lost’; as such, you must always have him on screen and never allow the CPU to control him (more than once we witnessed the CPU simply throwing Kobayashi off a ledge for an instant ‘time rewind’, even during a boss fight). 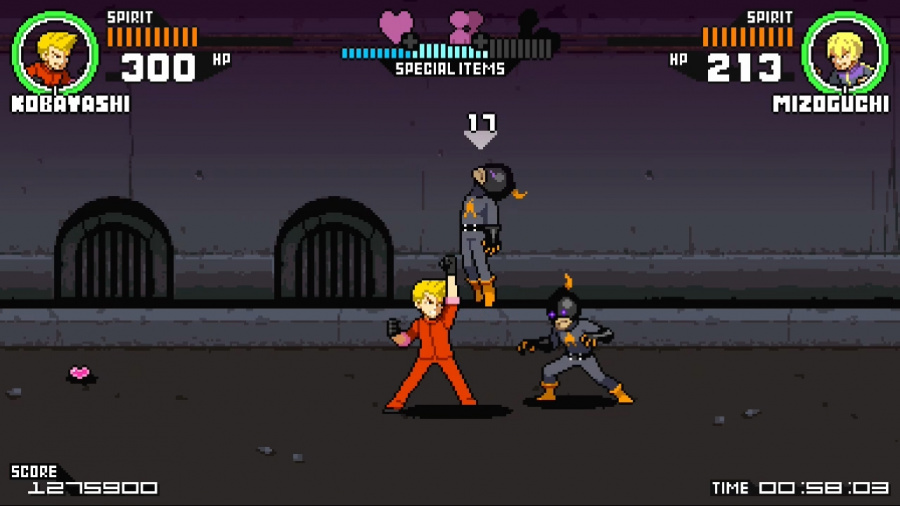 Mizoguchi is the only one in the team with a ranged attack (the only attack capable of hurting interdimensional monsters that show up on occasion) and he must be present on screen for Kobayashi to pick and receive one of three power-ups (100 HP heal, fellow student NPC backup and a power-up aura). Sadly, that means that fan-favourite Kunio – by far the strongest of the three thanks to his devastating combo and special moves – ends up being the least important fighter, and the one you will end up using very little, if at all.

Another annoyance is the lack of character progression in the game, with all three heroes already having access to every move right from the beginning. So, despite you having the familiar wrap-around playground of River City to run around at your leisure, there are no shops or any RPG elements present – something that feels like a wasted opportunity given the history of the series. We also hope you enjoy Japanese voice-overs – all the cutscenes are expertly voice-acted, but there is no English dub option.

Stay Cool, Kobayashi-san!: A River City Ransom Story is an interesting entry in a genre that is experiencing a revival of sorts on the Switch thanks to the ever-increasing number of re-releases and brand new experiences. Long-time Kunio fans will find this a rewarding and worthy experience, but newcomers – or anyone who wants to jump into this series – should opt for the far superior River City Girls instead. The time we spent with Kobayashi-san was fun, but a bit repetitive; the franchise can do much better than this, but it’s a neat little side-story nonetheless.