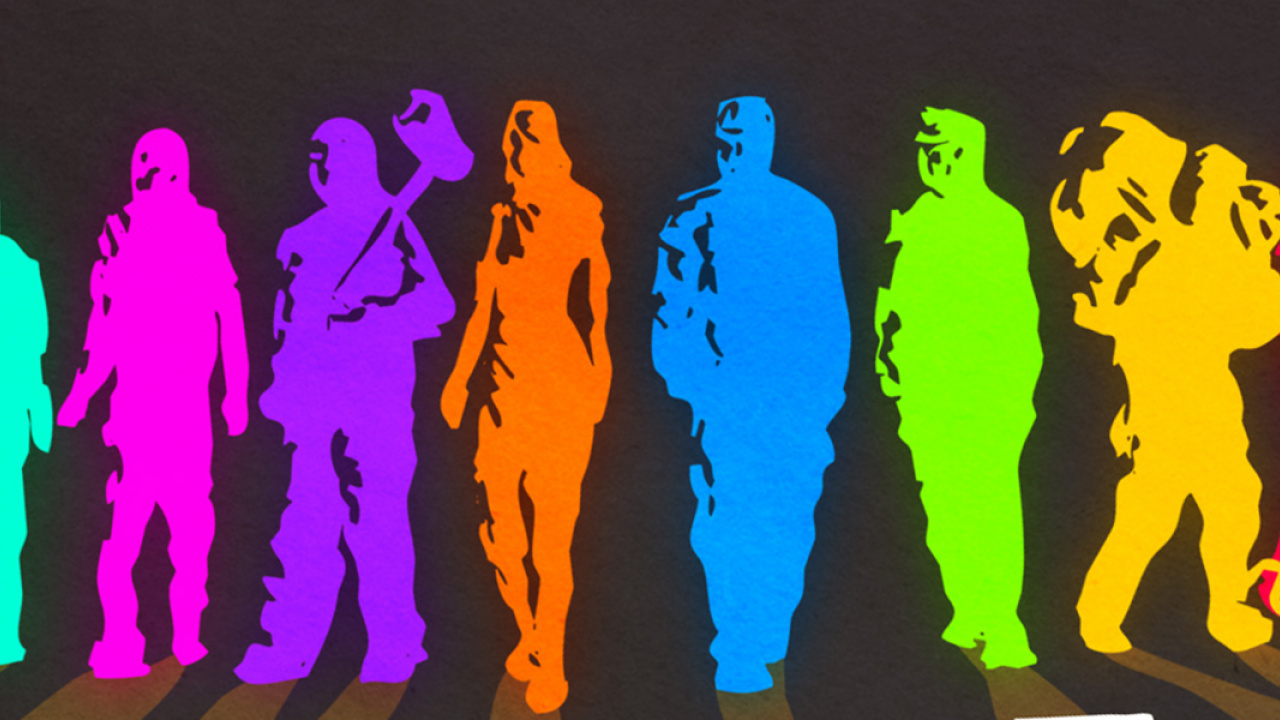 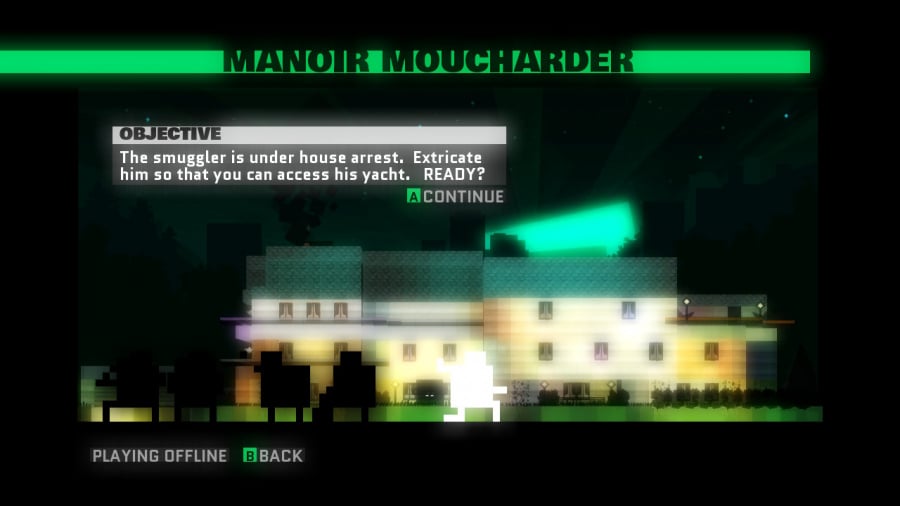 Breaking out of prison is easy, but staying out is something else entirely. When your face is on every police poster in the country, there’s only one place to go – Monaco.

That’s the goal for the gang of criminals who make up the ensemble cast of top-down stealth-shooter Monaco: What’s Yours Is Mine. You take the role of the Guy in the Chair, and it’s your job to guide them out of the country via an elaborate escape route worthy of any Hollywood heist. It’s got more disguises than Ethan Hunt, shootouts straight out of Reservoir Dogs, and thrilling getaways to rival The Italian Job.

The Hollywood comparisons don’t end there. The single-player or couch co-op story mode allows you to play through the events from multiple perspectives, resulting in a Tarantino-esque timeline playable in whichever order you choose. Starting with the Locksmith, you play through each narrator’s unreliable version of events until you eventually stumble across the truth. Or at least, the closest version of the truth. 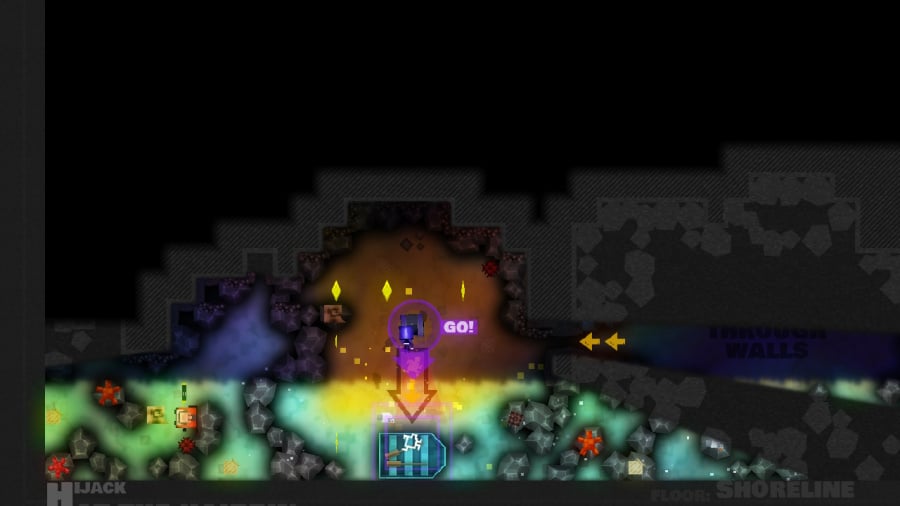 The Locksmith, the Cleaner, the Lookout, and the Pickpocket are the ragtag prison-breaking crew, soon joined by the Mole, the Gentleman, the Redhead, and the Hacker to make our very own Ocean’s 8. Each character has their own expertise; their own special abilities to aid in their criminal activities. These range from picking locks (guess who) to seducing guards to carrying a loot-collecting monkey, each lending itself to a different approach to the mission at hand. The gang of bad‘uns set out on a string of heists to rob banks, flee the country, and evade the dogged Inspector Voltaire.

The real fun comes when you go online, however. Unbound by narrative limits, you and your teammates form uneasy alliances to take on any heist that takes your fancy. Here, in the misty plane of Nintendo Switch’s online service, Monaco is a different game entirely. It’s a game of teamwork; it’s a game of trust.

You’re getting the team back together – except you’ve never met before. You’ve got to trust that the new gang know their roles, and will perform when needed. The importance of trust is amplified, however, because negotiating voice chat is the most difficult job of all. The only way to communicate with your would-be-partners in crime is through the Nintendo Switch Online mobile app. The process is fiddly and time-consuming, and ultimately all in vain, due to the fact that, more often than not, none of your teammates has muddled through the same process. You end up speaking into the aether, or not at all. 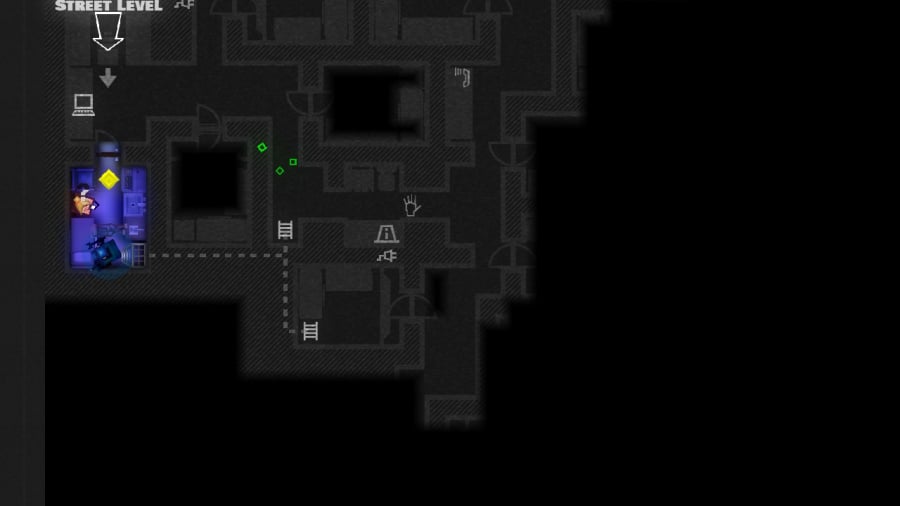 And that’s if you can find teammates in the first place. Monaco: What’s Yours Is Mine was originally released in 2013 for Xbox 360 and PC and, while the game has held up in those six years, the player base has not. Sometimes you’ll be lucky to find even a solitary partner, but if you tailor your playing time to when more people are online, you could strike gold. Evenings or night-time offer your best chances at filling your team of four, but it is still far from guaranteed. Monaco is arguably best played in local co-op with a group of friends who are close enough to talk to (and playfully punch, should they cause the whole caper to go up in smoke).

Monaco rewards your patience, however. Just as a criminal waits for the opportune moment to strike, playing with a full team offers a brilliant prize. The joy of single-player capers seems like loose change in comparison to the gold bullion of co-operative heists. You have more skills to play with, more criminals to keep an eye on, and more players to potentially make a mistake or walk into trouble.

And Monaco truly comes into its own when things go south. Suddenly your carefully laid plans are worthless, your abilities redundant. Your team scatters, and it’s every thief for themselves. Maybe you’ll scramble for cover in a nearby plant, throw a smoke bomb to buy some time, or unload a shotgun shell into a group of unsuspecting security guards. 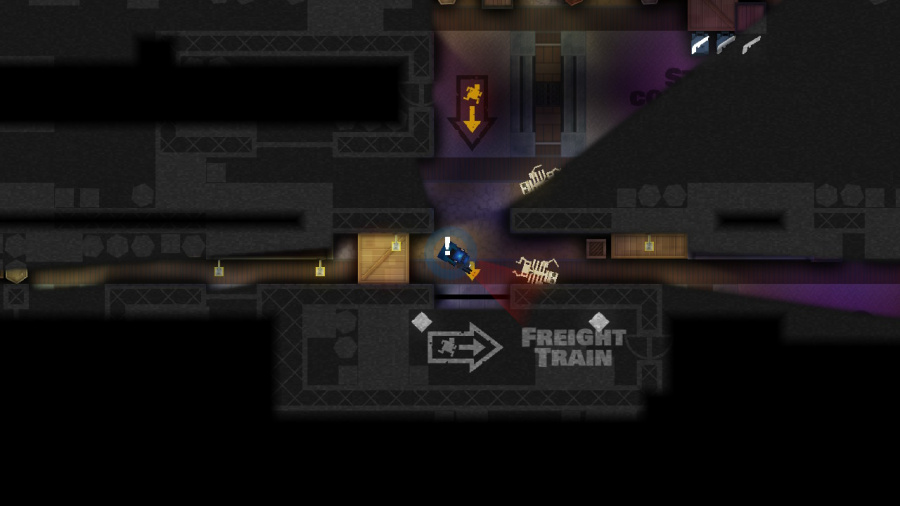 Your Ocean’s 4 now face a Mission Impossible, and the piano score matches your surging pulse. Neon lights and huge explosions fill the screen, it’s clear that a covert operation is no longer on the cards. Security are loading their guns, and stealth turns to action. When a heist goes wrong, Monaco is a neon blockbuster, and it never settles down.

While Monaco excels in extravagance and explosions, the real charm is in the details. The characterisation of the 2D pixel criminals shines, and the fact that you can pick up on their quirks and accents without voice acting or facial expressions is a testament to the writing. Similarly, the Pink Panther-esque piano score is also a hit, mirroring to your actions like a shadow, tiptoeing quietly as you infiltrate and then exploding into life as your plans inevitably fail and you are forced to improvise.

As the title suggests, this ‘Complete Edition’ features even more content than the 2013 original, including a survival campaign, zombie mode and more difficult solo campaign – complete with its own narrative twist. These additions do a lot to make up for the lack of players online, so even if you don’t fancy getting social, there’s plenty of content to get stuck into here.

Monaco offers a solid solo experience which benefits from some excellent storytelling and multiple perspectives, as well as brilliantly-constructed heist-based gameplay focused on putting each criminal’s skills to the best use. However, it truly shines in multiplayer, whether couch co-op or online. As the servers are pretty quiet, grabbing a group of friends and forming your own motley crew is your best route into this explosive heist thriller.