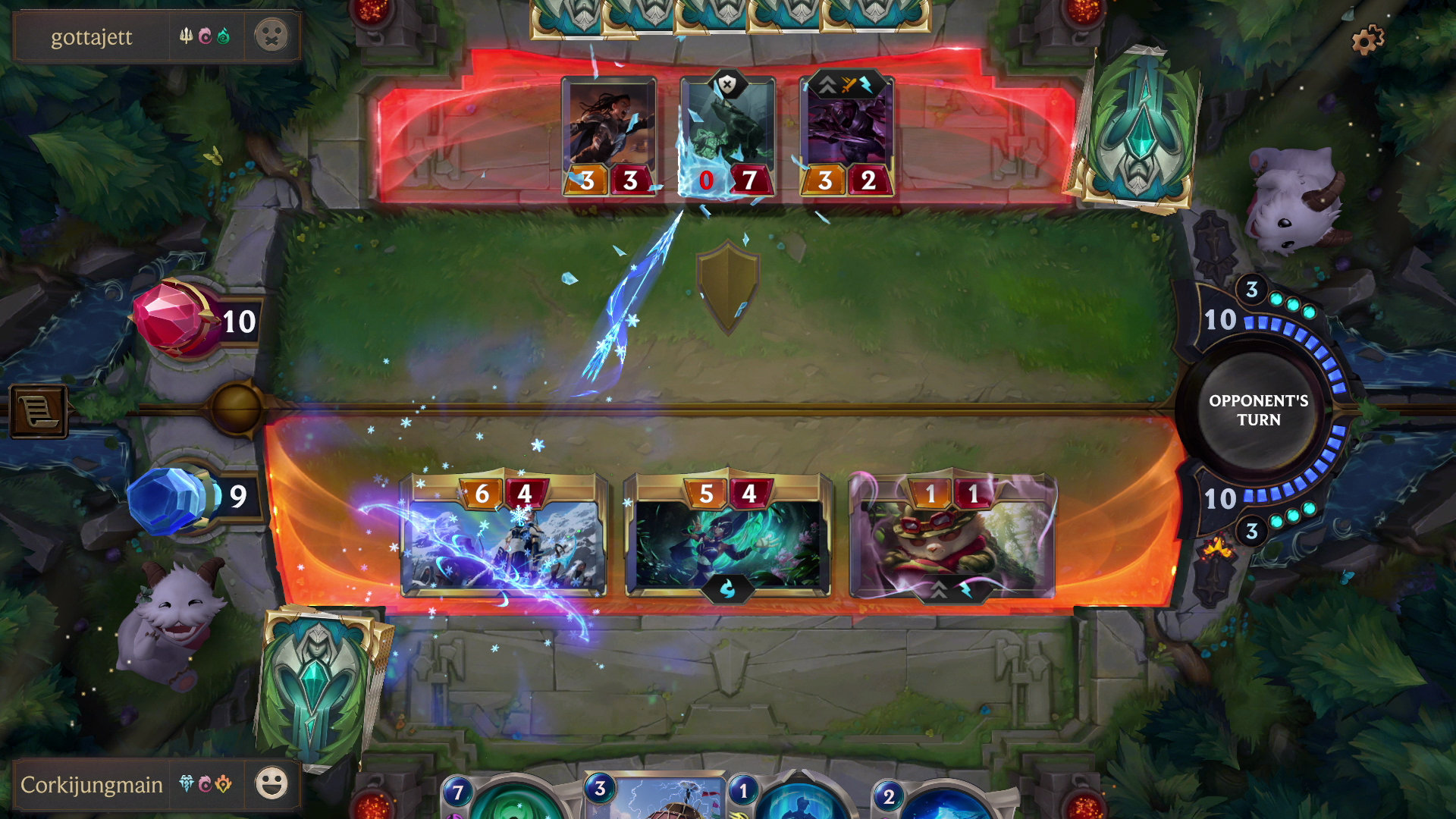 Did you miss it? Legends Of Runeterra, a League Of Legends CCG spin-off, debuted last month by briefly opening up access to a lucky few. Runeterra won’t start its proper closed beta in earnest until early 2020, but you’ve got one more chance to try your hand before Riot’s card-shuffler enters hibernation. Runeterra’s next preview patch kicks off today at 4 pm UK time, introducing new drafting mode Expeditions.

If you’re familiar with drafting modes like Hearthstone‘s Arena, you know what to expect. Pick your champs, draft a deck, then see how far it’ll take you in a multiplayer gauntlet.

Expeditions mix things up with one key twist. That initial selection isn’t the be-all and end-all of your draft. Each victory is a chance to pick up more cards – and eventually, more champions – for your deck.

On occasion, you’ll even get to trade out old cards for new. A nice chance to dump a rubbish early pick, or pull up a real gem. It’s a neat spin on drafting, letting you plug holes and mould a deck into an absolute powerhouse as you rack up the wins.

I do wonder if it means folks just starting out will be pitted against seasoned expeditionaries five or six games in. Given drafts can eventually break well beyond the usual restrictions for Runeterra decks, facing off against one with your freshly-picked hand would be a bit naff.

For the first six games of your Expedition, you’ve just got to avoid losing two games in a row. But on that seventh battle, it’s all-or-nothing. Lose, and you’re back to square one with a fresh deck. You get two attempts – “Trials” – with each draft, and the better performance determines final rewards. Champions, cards and currency are up for grabs if you play your cards right (hah).

I’m particularly keen on the way drafting alternates between synergies and wildcards, always pointing you towards what’ll make a good deck. Building CCG decks can be a bit nightmarish for newcomers – any help in that department’s a thumbs up from me.

You can pre-register for this preview patch and next year’s beta over on the Legends Of Runeterra site. Players who get in before the preview patch ends on November 19th should find an expedition token and 8000 shards to get stuck right in.

More deets on Expeditions, as well as the rest of this week’s preview patch, can be found over in this update FAQ.

If you’re not keen on card games, Riot’s still got you covered. The MOBA makers have only gone and announced a squillion new games in every genre from a fighting game to an FPS.