Last Labyrinth is an escape-adventure title releasing worldwide on PlayStation VR next Wednesday, November 13. The team behind the title includes creators whose previous works include PlayStation titles such as ICO, The Last Guardian, Shadow of the Colossus, Puppeteer, and the Doko Demo Issyo series.

Ahead of the game’s release, we sat down with Producer/Director Hiromichi Takahashi, Lead Character Animator Atsuko Fukuyama and Director/Game Designer Tetsuya Watanabe for an exclusive interview to discuss their new project. 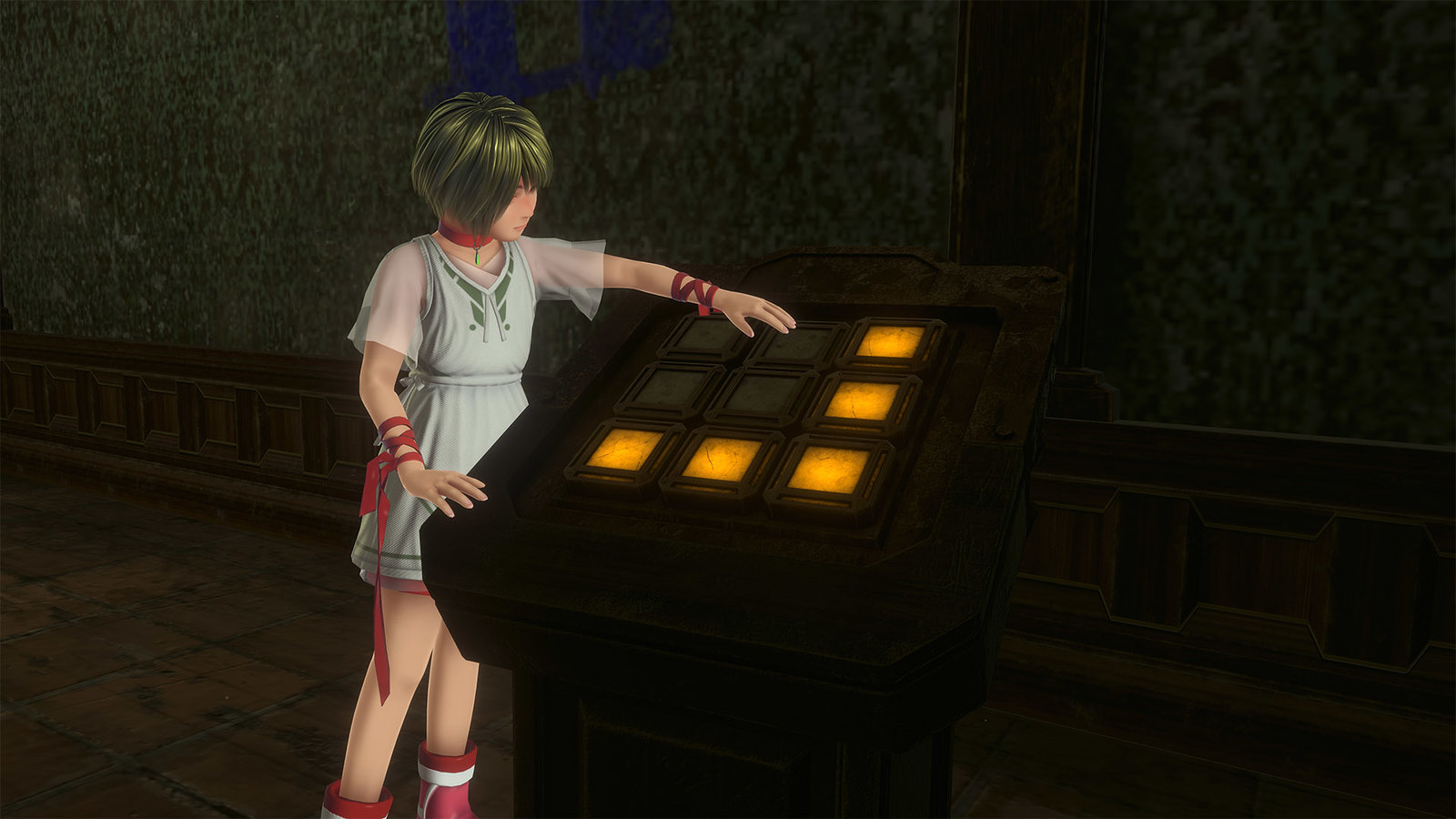 Director Hiromichi Takahashi, can you give us an overview of the game as well as its themes?

Hiromichi Takahashi: Simply put, Last Labyrinth is a VR escape-adventure game. Players are tied to a wheelchair and have to work together with a mysterious girl named Katia, in order to solve puzzles and escape from the mansion they are trapped in. It’s our attempt at creating a new type of VR experience.

There are also various portrayals of death in the game. When players solve puzzles incorrectly, both the player and Katia meet their ends in various gruesome ways. Communication and dis-communication, life and death are woven into the game’s themes.

So one of the themes is “dis-communication,” which sounds like a pretty interesting concept to build a game around. What made you decide to do this?

Hiromichi Takahashi: Communicating with “other beings” has been a constant theme throughout my career as a developer. Doko Demo Issyo featured Toro, better known as the Sony Cat, and the main theme was about conversing and communicating with animated characters. It never got released overseas, unfortunately.

For Last Labyrinth, we thought about what forms of communication could utilize the uniqueness of PS VR, and we decided that “non-verbal communication” would be a suitable theme.

Katia speaks in an unknown language, so players cannot communicate with her through words. We made this choice so players would experience non-verbal communication, regardless of the languages they speak. More specifically, players communicate with Katia through body language; when working together on puzzles, Katia will indicate that she’s seeking the players input through her movements and reactions, and players respond by literally nodding or shaking their heads to reply yes or no. It’s a design that only works in VR.

In the game, players have a laser pointer attached to their heads, which shines in the direction they look at. Players can use it to point at items or areas of interest for Katia to interact with. The laser can be activated, and the game played, with either two PS Move controllers or a DualShock 4 controller.

Which brings us to Atsuko Fukuyama, the Lead Character Animator. In the past, you’ve worked on characters such as Yorda from ICO and Agro from Shadow of the Colossus, both well-known examples of partner characters who use “non-verbal communication.”

Now that Katia is taking up that role, so to speak, are there any aspects you’re focusing on when creating her animations?

Atsuko Fukuyama: Takahashi told me to create Katia in the image of a young girl, somewhere between 10 to 12 years old. It’s the period of time when you’re transitioning from childhood to adulthood, so I wanted to reflect that in Katia’s body language. She looks like an adult when standing still, but when running or moving her actions are closer to that of a child’s.

The player is also constantly staring at Katia because of the way the game is designed, which means we risk making her feel like just another NPC if we used the same movements repeatedly. We added a lot of variations so that players will feel like she’s an actual, living partner.

For the animations to feel natural, I worked together with the engineers and game designers, which was the same in my previous works. There was a lot of back-and-forth between the team to get Katia to feel lifelike. 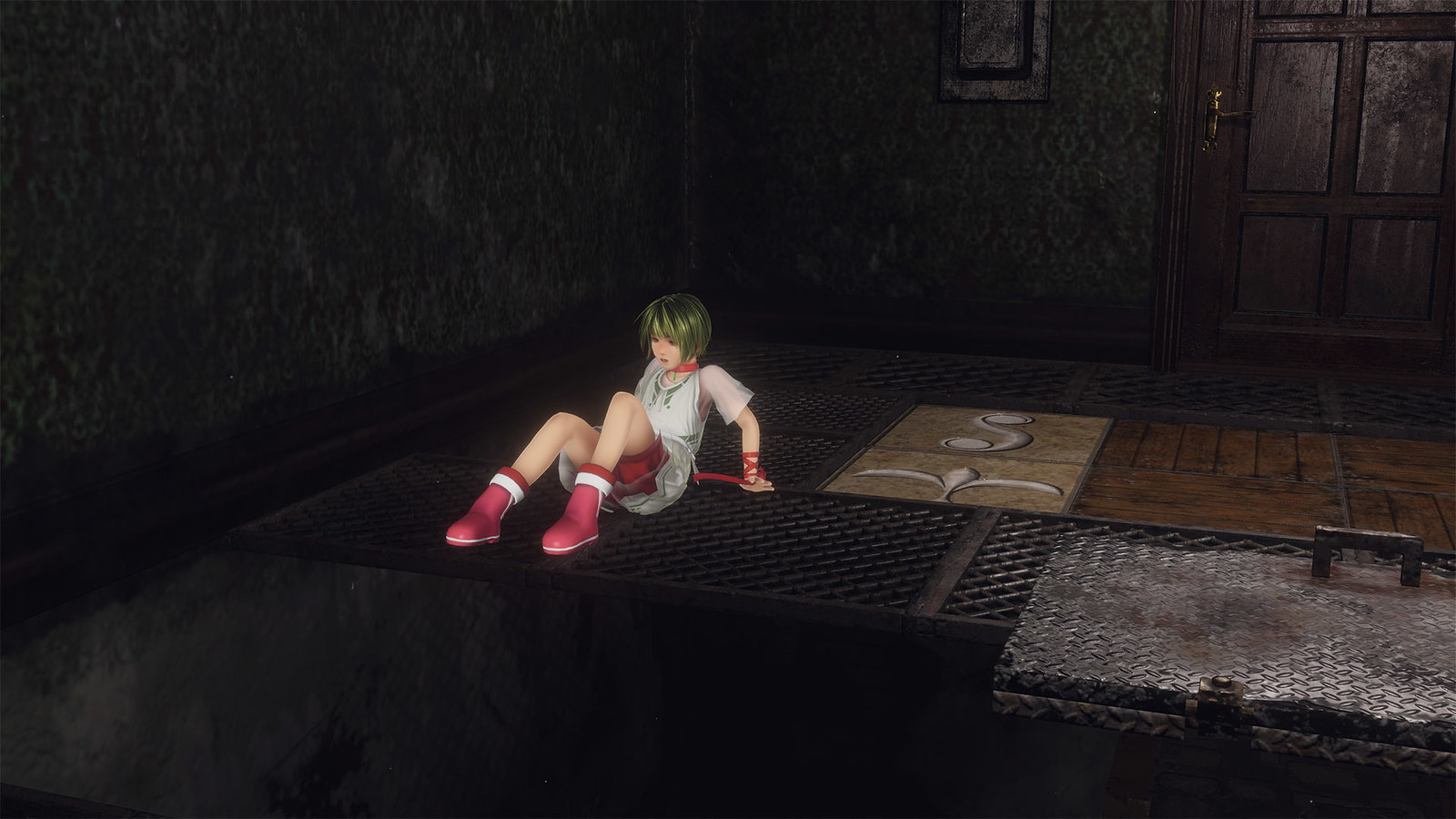 Having an interesting concept is one thing, but building a game that works around it is a different story, a challenge handled by the director, Tetsuya Watanabe. What are the challenges of designing for a fairly unique game like Last Labyrinth, in PS VR nonetheless?

Tetsuya Watanabe: How to guide player vision, meaning where they look, is the first thing that comes to mind. Compared to non-VR games, you don’t have the option of forcing the camera to view a specific direction. We have to encourage players to look where we want them to, through events and design. That’s really hard.

On the flip-side, it heightens the level of player immersion significantly, because now they’re seeing and experiencing events of their own will.

Compared to other VR titles that allow free-roaming movement, we have to rely on movement, design and lifelike animation to immerse the player in the world of Last Labyrinth, and I think we’ve managed to achieve that. 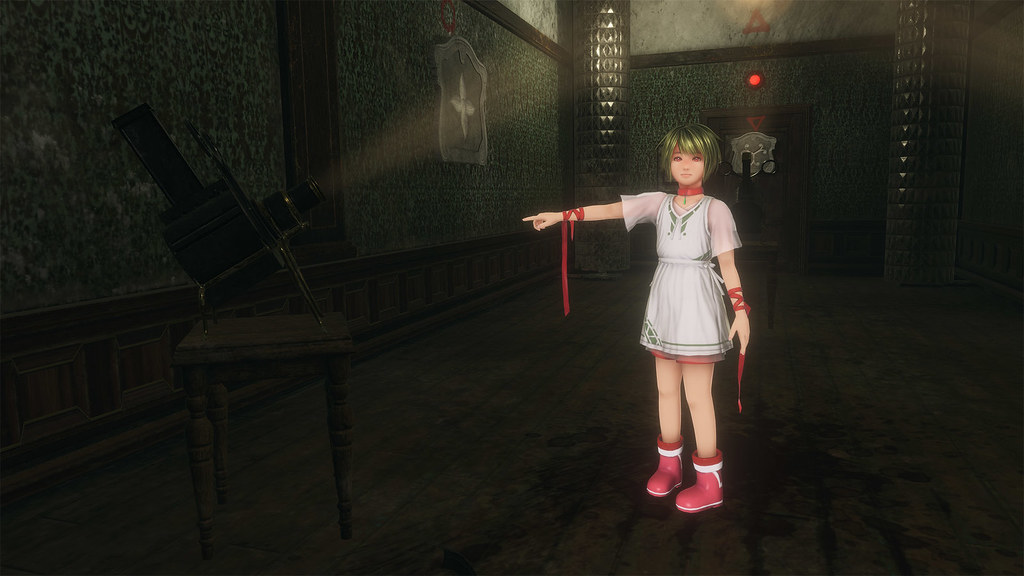 It’s interesting that you’d choose to do a VR title, given that it’s still a comparatively new market. Any insights as to why you chose this medium?

Hiromichi Takahashi: We wanted players to have a never-before, completely new experience through PS VR. There still aren’t enough VR titles that make full use of the medium, and we also need more unique VR games. We figured that we should start by making one ourselves, a unique experience that only VR can deliver, which is something I feel we’ve got with Last Labyrinth.

Finally, what do you hope players to experience on November 13? Any surprises?

Atsuko Fukuyama: It hasn’t been shown before yet, but in the game, there’s a small bell in their left hand that players can ring to get Katia to come close, so if they ever get tired of solving puzzles, I want players to relax with her.

Tetsuya Watanabe: I’d like them to experience the type of unrealness that only a VR title can give. Life and Death is all around you in Last Labyrinth, and I hope they’ll look forward to enjoying it first-hand.

Hiromichi Takahashi: I hope they’ll enjoy communicating with Katia, and spending time with her. We want players to experience all of the journeys with Katia, so please try for all the endings. 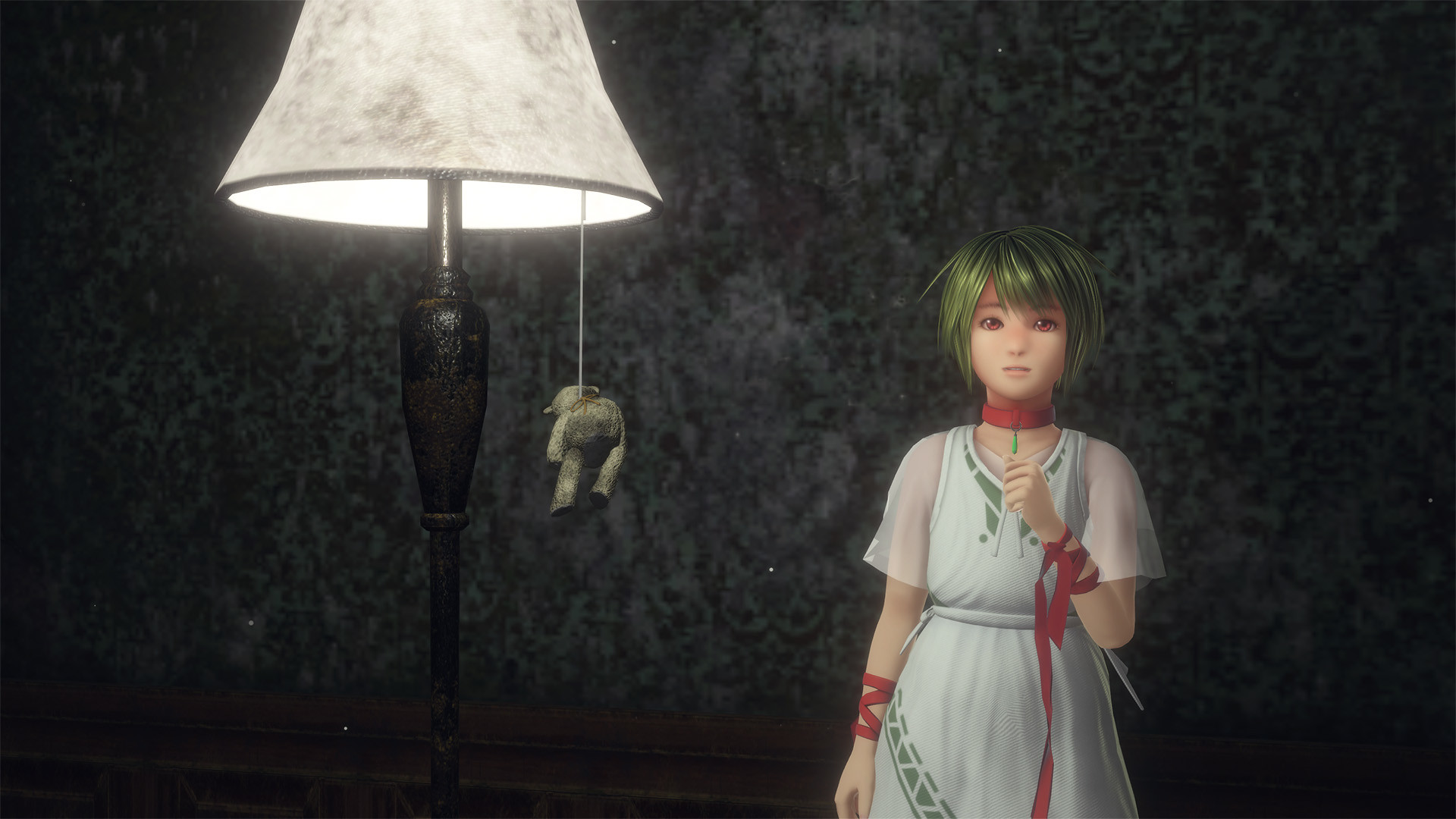