Shenmue III releases on PS4 on November 19 — that’s less than three weeks! — continuing the story of one of gaming’s most influential series. We had a chance to speak with Yu Suzuki, the legendary designer whose name is attached to dozens of titles including Virtua Fighter, Out Run, Daytona USA, and After Burner — and who more recently (relatively speaking) directed the original Shenmue, its 2001 sequel, and now Shenmue III.

Read on to learn about Suzuki san’s plans for the Shenmue series, the projects he’s most proud of, and what he really thinks of forklifts.

PlayStation.Blog: Can you tell us about how you got your start in games, and how that led to the development of the original Shenmue?

Yu Suzuki: At first, I was aiming for a job as a system engineer of large computer system at the time and had some interviews, but I also took one interview for a video game company—that company happened to be SEGA. As the interviewer was intriguing, I decided to choose SEGA. My earlier works focused almost exclusively on arcade games where gameplay time is rather short, and the impetus came when I found myself wanting to do a home console RPG where I could take the proper time to get messages across.

PSB: Is Shenmue III planned as the final game in the series, or have you explored the idea of continuing Ryo’s story in the future?

YS: The series will not end with Shenmue 3. Rushing to tie up the plot here would have made for a flat game. And I hope to continue the series as long as people are interested. 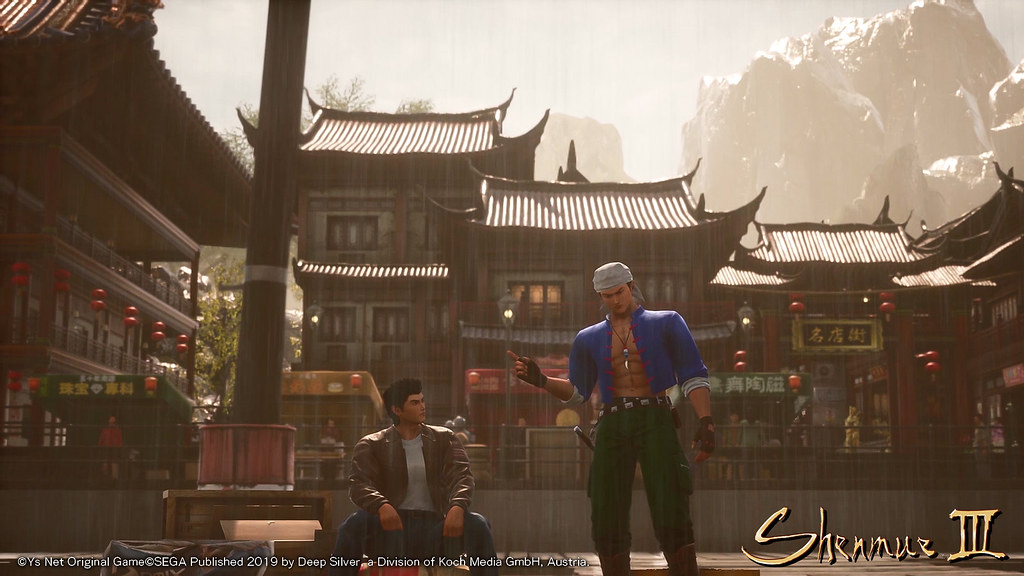 PSB: Revisiting PlayStation’s 2015 E3 press conference announcement, it’s still emotional watching videos of fans’ reactions to the announcement of Shenmue III. Looking back four years later, what kind of effect did that outpouring of fan support have on you, or on the development of the game?

YS: I made the game with that image of joyful fans always in mind, and it made Shenmue III grew in scale and quality. I feel confident that we made an even better Shenmue game.

PSB: You’ve been directly involved in some of the most influential games of all time over the past 35 years, including Outrun, Virtua Fighter, Daytona USA, and, of course, Shenmue — among many, many others. Looking back, what are some of the projects you’ve worked on that you’re most proud of?

YS: That would be the Virtua Fighter and Shenmue series. And I really hope that now with Shenmue III, it will again find a place in the hearts of everyone who plays it.

PSB: Are there any secrets you hid in any of your past games that remain undiscovered?
YS: Yes, there are. (But they remain secrets.) 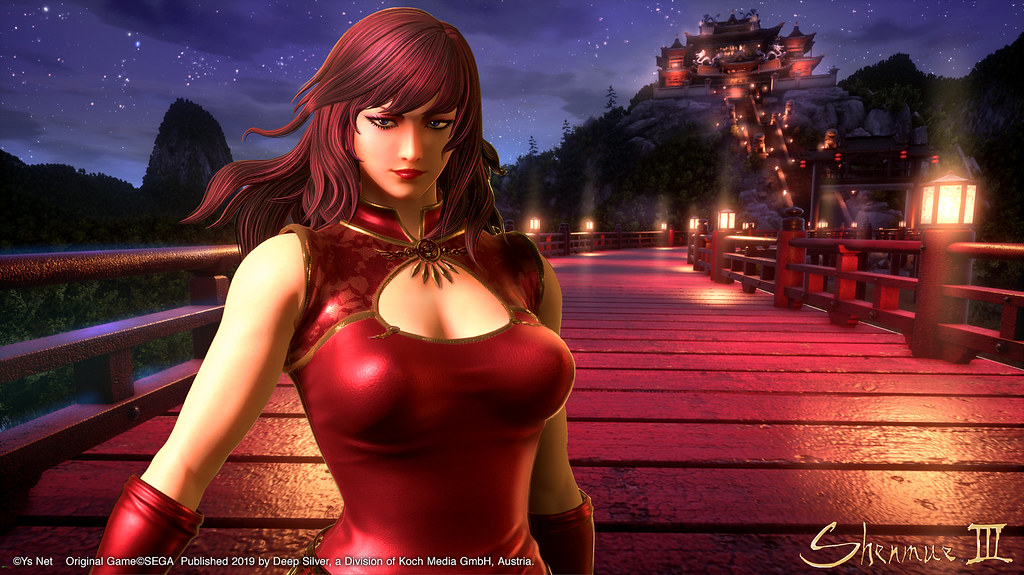 PSB: Having been such a prominent figure in the gaming industry since its inception, are there any trends or technology you’ve seen develop that you’re particularly curious about or interested in?

PSB: What is the emotion you hope players feel immediately after finishing Shenmue III? Do you think most players will have a similar reaction to it?

YS: It would be nice if players felt like coming back from a journey. If you hurry through the game, there is a good chance it will just stress you out. Rather, by taking your time, the experience will be one of trying all the different things the game has to offer.

PSB: The original Shenmue was seen as an advancement both in terms of technology and storytelling. Did you approach that game’s development from the technological or narrative side first? What about with Shenmue III?

YS: Many of the times you want to do something new, it necessitates new technology and taking on new challenges. With Shenmue III, there were again new challenges we took on.

PSB: What’s something you think Shenmue has contributed to the overall DNA of the gaming industry, be it a specific mechanic, a way of telling a story, including arcade-faithful ports of retro classics, or something else entirely?

YS: After Shenmue I & II, the word “open world” came about. In that one world, there were lots of different game elements you could have fun with. Many people have said that kind of style had a big impact on games to come, and for that I feel highly honored. 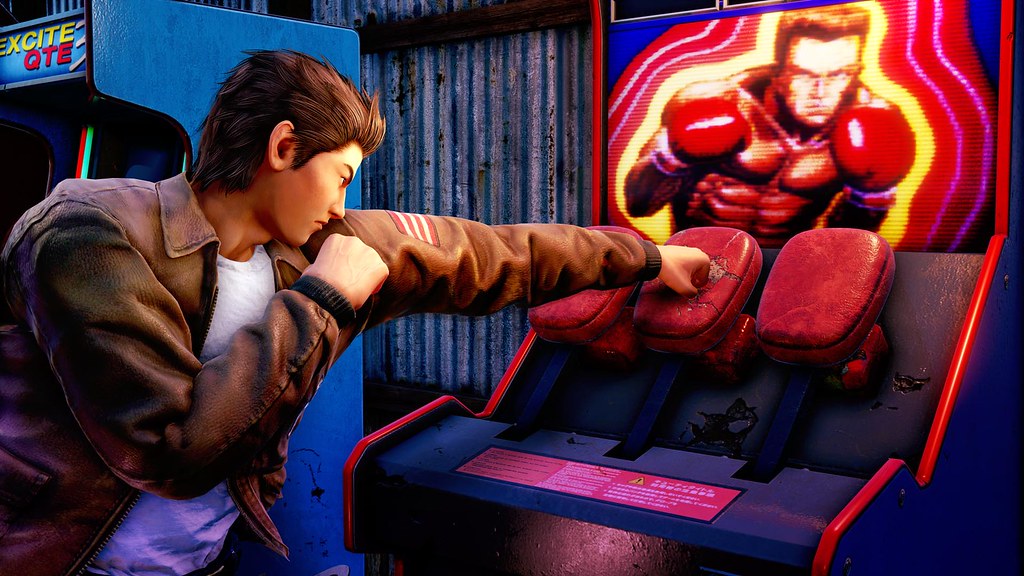 PSB: How has the combat system of Shenmue III evolved since you first began the project?

YS: To make the combat system of Shenmue III fit as an RPG game, we needed to make the battle engine from scratch. The system is designed so that even if you are someone who is not necessarily good at fighting games, by raising your level you can be confident that you can move the story along. People who are used to the VF2 engine, for example, may not feel enough, but this is how I feel it should be evolving in Shenmue.

PSB: Has your perspective on forklifts changed at all in the past 20 years?

YS: Why does the forklift get singled out for so much love and attention? That fact is still beyond me. (laughs)

PSB: Can you tell us about the development of the soundtrack for Shenmue III? Did you follow a similar process to that which you did for previous games in the series?

YS: This time around it may seem like there are not so many new songs, but we did add a lot of new ones. I hope everyone looks forward to them.

PSB: What’s an example of a small detail in Shenmue III that you think will enhance players’ experience with the game?

YS: I would ask everyone to take your time to play and not hurry through. When you come upon something you like, just stop and hang out for as long as you like, trying all things the game has to offer. For example, if you’re someone who doesn’t like gambling, try it in Shenmue and you may just have fun. 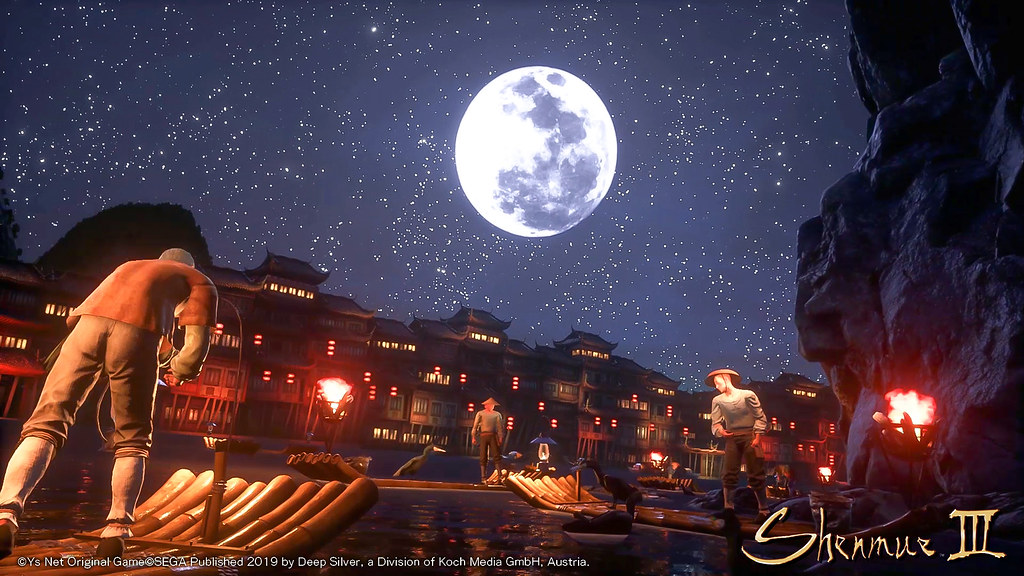