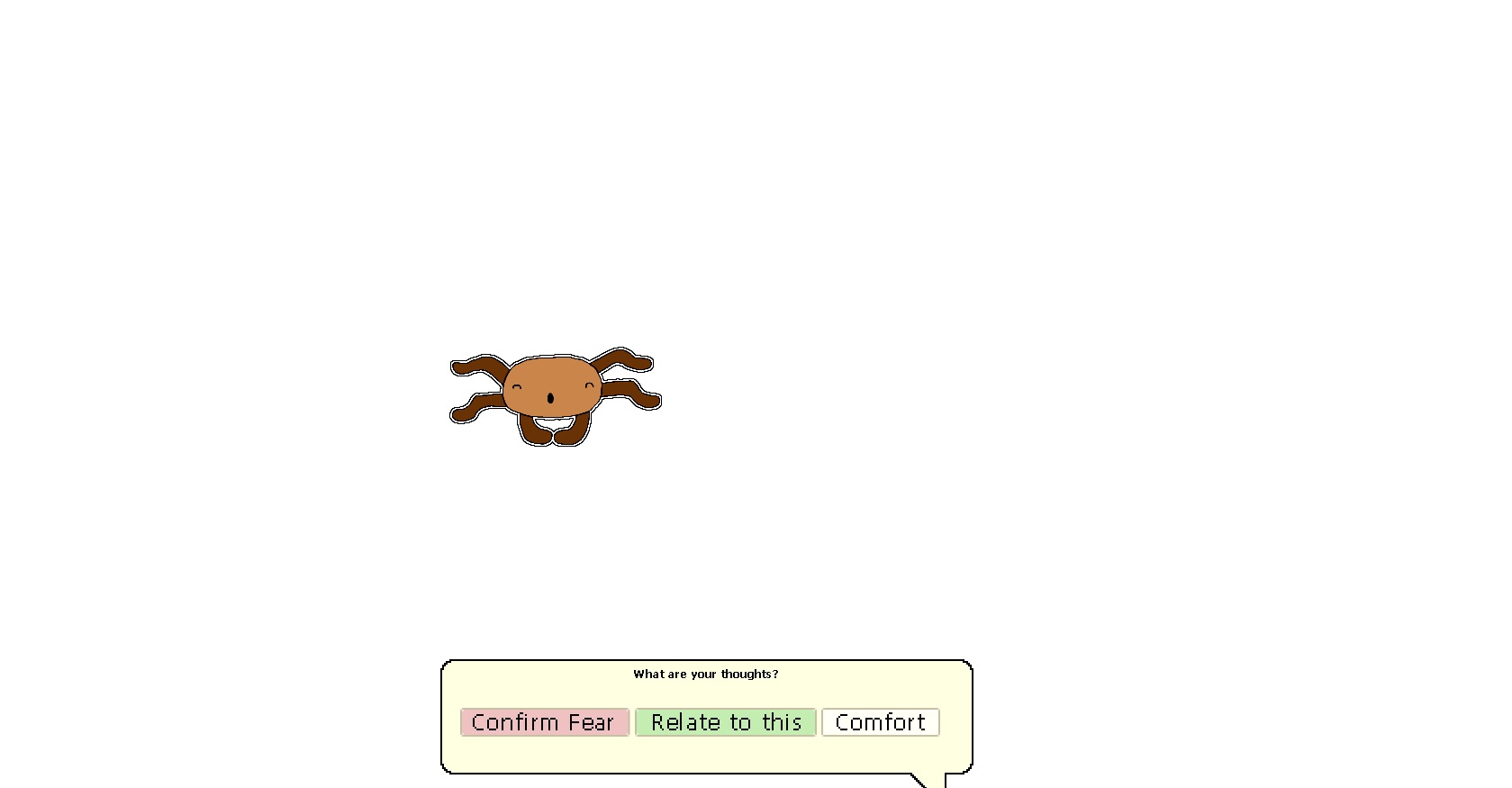 The latest interactive file system pal from Nathalie Lawhead is a delightfully anxious almost-spider called SHARED_ANXIETIES_WITH_A_FRIEND_ON_YOUR_BIRTHDAY.exe. They wander about your screen, expressing all kinds of day to day fears. And I love them.

The insect friend within the file crawls about and, as the name suggests, shares their anxieties. But they’re shared in more way than one; who hasn’t spent ages worrying about some social interaction gone wrong or whether everyone thinks they’re weird?

Since they’re all about sharing, it’s not surprising that they seem to like the “relate” option best. And they are very relatable. People (including me) say that about video game characters a lot, but sometimes you just see yourself reflected in a worrying bug that only communicates in fears and you just have to be honest about that.

I also really enjoy the fact that they will communicate this preference in responses to you clearly and directly. It can be really awkward and difficult to hold a conversation like this, but being open about what you’re actually asking for from the other person is the best way forward, and they clearly know that.

They’re also not here to impose on your time long. After a handful of questions they’ll wrap the conversation up gracefully. (If they really wanted to be realistic to my personal experience of venting, they’d come back ten minutes later with another thing they just thought of, but I can see why you might not want a spider suddenly reappearing on your desktop without warning.) And, although they do act and sound like a not-too-distant relative of RUNONCE.exe, they’re thankfully not dead forever once closed. You’re welcome to come back to this pal whenever you like. In the most relatable part of it all, they even have different things to worry about.

You can download SHARED_ANXIETIES_WITH_A_FRIEND_ON_YOUR_BIRTHDAY.exe for pay what you want with no minimum on itch.io.