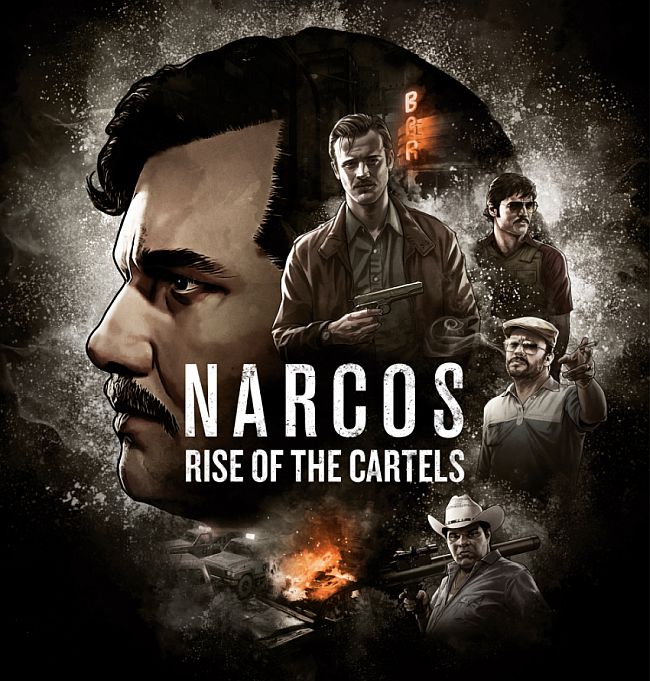 The game based on Netflix crime drama Narcos has a release date. You’ll be able to pick up Narcos: Rise of the Cartels in November.

Curve Digital and Kuju will release Narcos: Rise of the Cartels in November, it’s been announced.

Based on the Netflix series, it’s a tactical turn-based title in which you will relive the events of the first season.

You can take the side of either the Medellin Cartel or the DEA through two different campaigns.

Here’s the synopsis in case you haven’t watched the show:

In 1980’s Colombia El Patron’s influence is rapidly expanding, with drugs, corruption and crime spreading out from the Colombian town of Medellin. America is now starting to take notice and it is up to the players to choose their side. They can help the Narcos’ drug empire rise to the top under the watchful eye of El Patrón, or topple the growing criminal enterprise alongside Steve Murphy as the DEA.

Expect to visit locations from the show, and to interact with characters such as El Mexicano, Murphy, Peea, Primo and more. Each of the characters will have their own unique gameplay abilities and perks.

Gameplay wise, you’ll be able to form a team from a variety of class-specific roles, upgrade skills, and find there are consequences for various actions.

Originally slated for spring, Rise of the Cartels will release November 19 for PC and PlayStation 4, November 21 on Switch, and November 22 on Xbox One.