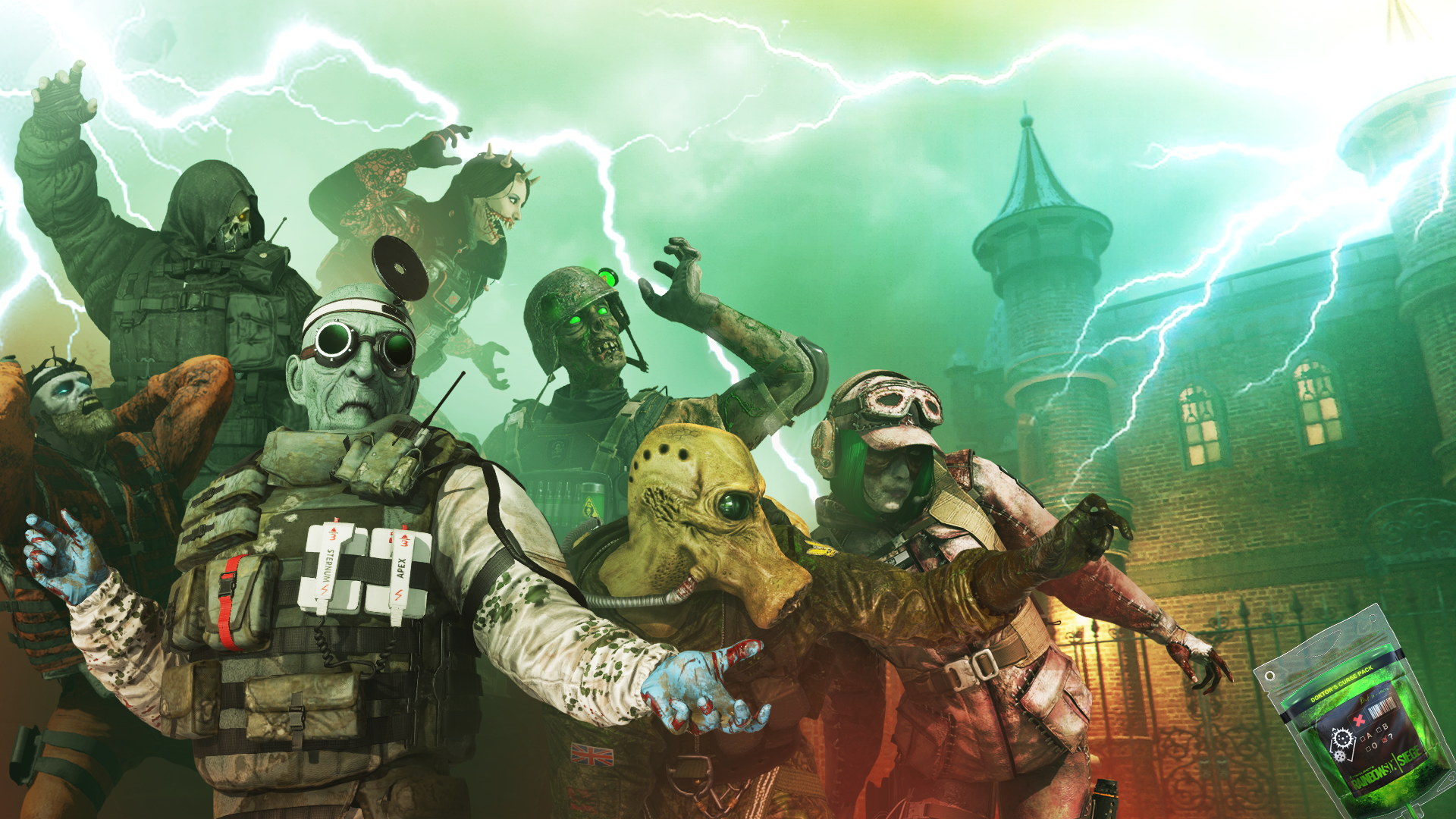 Halloween descends upon Rainbow Six Siege today with the launch of Doktor’s Curse, a hide ‘n’ seek mode where monsterhunters armed with honking great hammers are out to squash ghoulies who just want to live. It’s not their fault they’re alive, you awful hunters. Take it up with the Doktor. You can meet the fiend in the event trailer below.

Yes, Ubisoft have made the Theme Park map extra-ooky for this.

Doktor’s Curse brings a special 5v5 mode. The Monster team of Lesion, Frost, Kapkan, Smoke, and Ela have no weapons but can lay traps and get the bonus special ability of going invisible and moving extra fast. The Hunter team is five Sledges with big ol’ monstermashing hammers plus a gadget (Jackal’s footprint-tracking Eyenox, Pulse’s heartbeat sensor, Lion’s drone) to help them hunt. The Hunters want to do the mash, while the Monsters just want to survive the round.

A new event means new event cosmetics. The Doktor’s Curse Collection packs 28 gruesome hats, outfits, weapon skins, and charms for Doc, Bandit, Lesion, Frost, Kapkan, Smoke, and Ela. Players receive one pack for logging in while the event is live, then up to two more by completing event challenges. Beyond that, extra packs are sold for Renown or R6 Credits.

I’m off to something spooky this Halloween but I tend not to do costumes as much as making myself wrong. I like to have one injury or unpleasant accessory that might not be immediately apparent. Last year at the pub I wore latex gloves filled with fake blood which oozed and mixed with the glovedust and settled in crevices, creating the appearance of horrible woundhands that were missed until my pal cried “Jesus Christ, Alice!” at the bar. Job done.