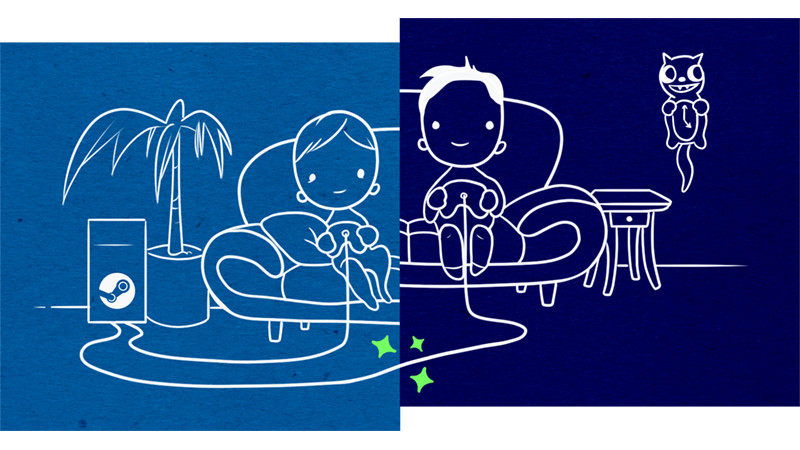 Playing a multiplayer game shoulder-to-shoulder with pals in the same room is grand but does, y’know, require being in the same room. For times when you want to play those local multiplayer games but aren’t all together, Steam is adding a technomagical way to play them online. It’s called Steam Remote Play Together, it entered open beta testing today, and it should work with all local multiplayer games on Steam. You’ll run the game from your home, and pals will be able to see and play it from theirs. That might even be better than couch play if they’re a particularly shovey git. You know who you are*.

An extension of Steam Remote Play, the new feature streams a view of the host’s game to other players and they send control inputs back. Only the host player need own the game and have it installed – everyone else can just join in. Developers don’t even need do anything to make enable this, all Steam’s local multiplayer games should naturally work with Remote Play Together.

You can already do something similar with screen-sharing tools like Parsec but it’s probably less faff to get pals using a built-in Steam feature than a whole new piece of software.

The way it works means non-host players will have more latency between the game and their controls and it’ll look a bit worse, but that shouldn’t be a problem for many local multiplayer games. In theory. If it works well. I could not yet tell you if it does.

If you fancy giving Remote Play Together a go ahead of the full launch, hop on Steam’s beta branch. That beta also includes the Steam Library’s new look.