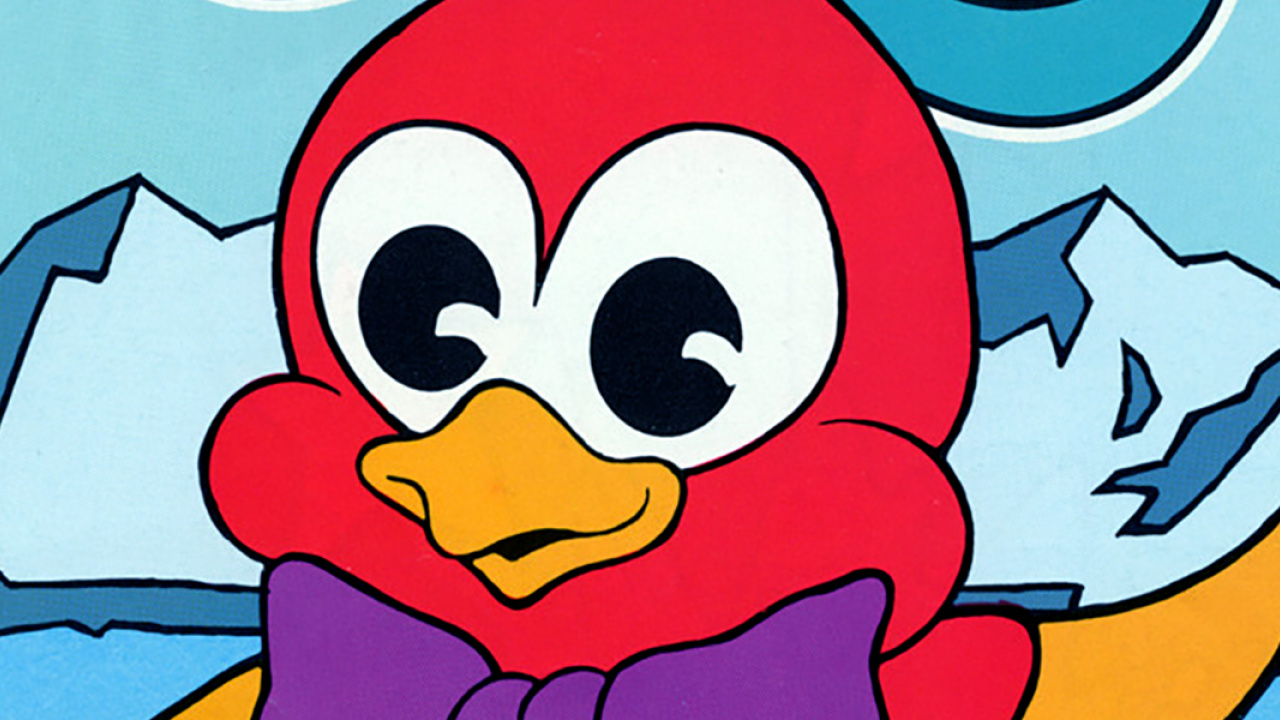 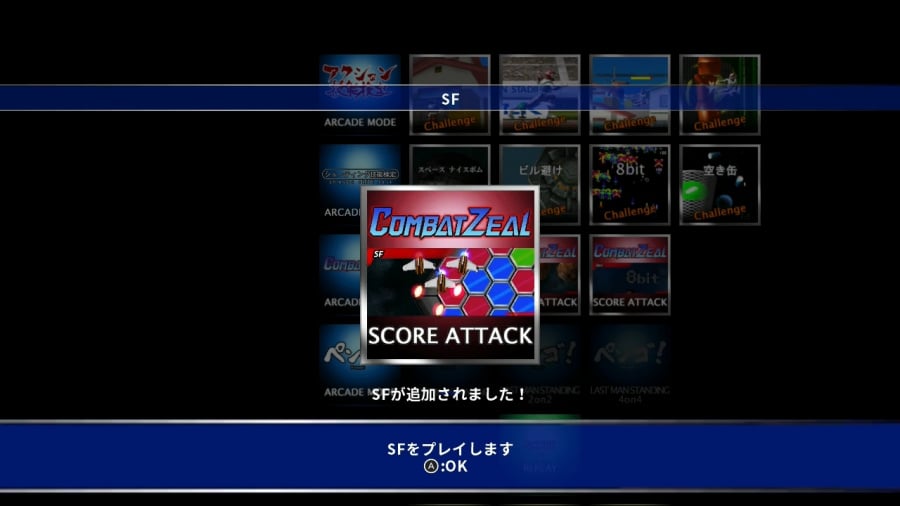 Triangle Service’s debut title for the Switch is a fairly safe option for the small developer, which compiles three of their previously-published arcade titles – along with a unique 2012 version of Sega’s Pengo – into a single package. But is it worth investing in Arcade Love: Plus Pengo!, which remains (at the time of writing) a Japan-only oddity, given the extensive choices already available on the Switch’s library?

The first of the packaged offerings is also the weakest of the lot: Action Game Skill Test is a kusoge-level, over-the-top collection of scrolling beat’em up clichés, such as fighting packs of enemies or barrel-busting bonus stages along with some random oddball scenarios like ringing enemy’s doorbells and running away, wack-a-mole and even a Track and Field-style sports event (with an admittedly funny twist).

The overall aesthetics are severely outdated and controls are often clunky and feel a bit too floaty for a fighting game. Don’t take it too seriously and it still snuggly fits in the “so bad its good” category of video games you boot up to have a couple of laughs when your friends come over. 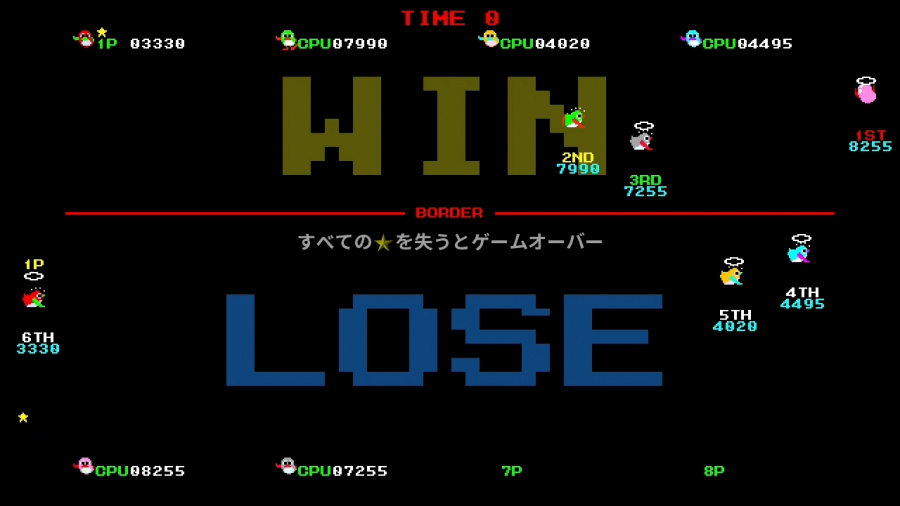 The second game is the very aptly-named Shmups Skill Test. Like the previous title, it presents the player with several scenarios that are commonplace in shooting games, like score multiplier streaks, Danmaku-style bullet pattern dodging, boss fights, spacial awareness and even some oddball curios like saving the Earth by shooting cans into a recycle bin.

It may sound simplistic and superficial, but there is no denying the addicting allure of this title and repeat plays will sharpen the skills being tested here – which could come in handy when you choose to tackle some of the hardest entries the Switch library has on offer. Simplistic visuals and audio take second stage to precise controls, making this title a very appetizing option for shmup fans.

Putting what you learned to the test is the third game in this package. Combat Zeal gives you a tate slice of screen and challenges you with different stages that need to be conquered using the skills you honed in the previous game. This Switch version is the first time that up to four players can compete at the same time, each within their own individual piece of the screen, vying for the most efficient way and highest score to clear each stage. 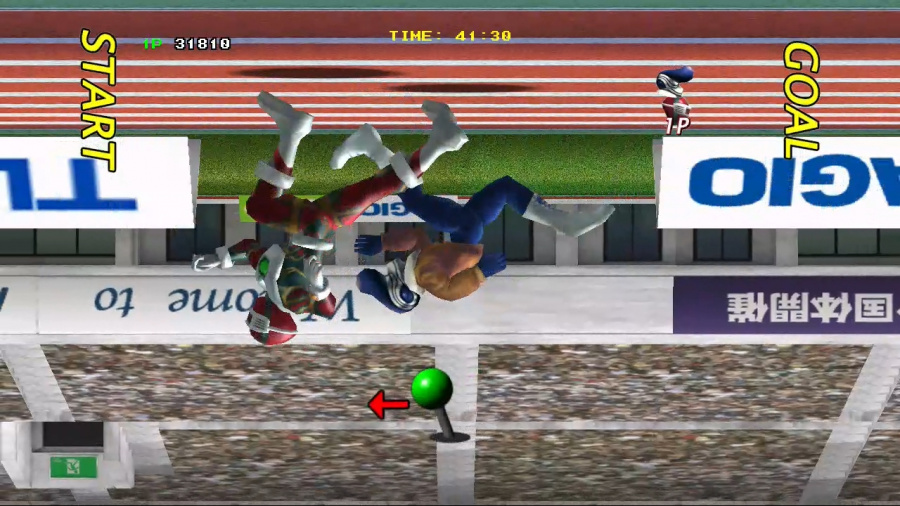 Last, but certainly not least, is the inclusion of Sega’s delightful Pengo!, the same eight-player widescreen version of the ice-block sliding game that was released on Arcade and Xbox 360 back in 2012. Like the rest of this package, this one is best enjoyed with friends rather than CPU opponents, and quickly escalating to Bomberman-levels of fun. Sadly, a proper conversion of the original 1982 game remains absent, so there’s no ear-worm friendly rendition of “Popcorn” present. Boo.

Arcade Love: Plus Pengo! is a rather unique bundle of Japanese zaniness that will quickly find a spot in the heart of arcade gamers anywhere. Despite a few flaws in some of the art assets and gameplay of the assembled offerings, it can’t be denied that these titles are perfect for quick pick-up-and-play sessions and are a sure-fire hit when played with friends. While certainly not an essential purchase, Switch players looking to bolster their collection with choice imports need look no further than this oddball offering. Even the lack of English text support is a non-issue thanks to intuitive menus and the straightforward nature of the games.

Please note that some links on this page are affiliate links, which means if you click them and make a purchase we may receive a small percentage of the sale which helps support the site. Please read our FTC Disclosure for more information.